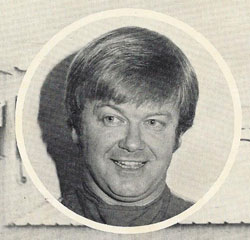 I always thought that Funny Car Ezra Boggs had one of the coolest names, and his Moby Dick Corvette was (ahem) a whale of a good car, but I never really knew much about him. When I learned of his passing Feb. 20, I set out to rectify that and give him a good ol’ Insider sendoff.

Problem is that a search of the National Dragster editorial archives produced no real results, and his photo file contained just one image. That’s a pretty sorry collection for a guy who devoted more than 20 years of his life to Funny Car racing, but fortunately, the friends of the Insider were there.

Danny White, the preeminent expert on 1970s and ‘80s Funny Cars, had done a nice capsule bio from which I will liberally borrow, and a couple of Boggs’ Oklahoma fuel-racing buddies, Marvin Graham and Larry Brown, provided some more info. 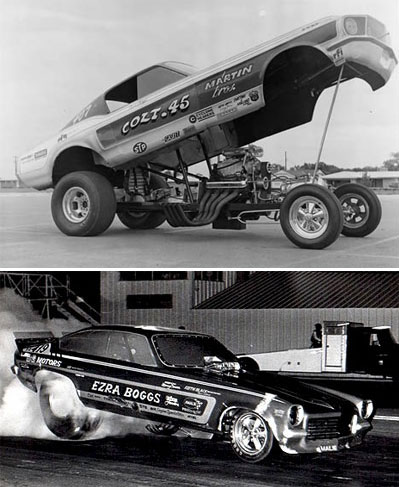 Boggs grew up in Norman, Okla., and after driving an Anglia gasser, he got behind the wheel of his first Funny Car in 1969, the Colt 45 Mustang owned by the Martin Brothers, Don and Jack, who were the third owner in the line of the Colt 45 name behind California-based Ingram & Davis, who campaigned the first Colt 45 NHRA AA/A class in '66 with Joe Davis at the wheel, and Oklahoman Frank Reinauer, a Comp racer who bought the car to match race in the Oklahoma area.

According to White, Reinauer extended the front end two feet and added a 396 Chevy for power. Local Funny Car racers Githens and Allen built him a new chassis from 2x4 square tubing and topped it with a new '69 Mustang body from Ron Pellegrini's Fiberglass, Ltd. shop. Still not satisfied, Reinauer sold the car to the Martins and asked Boggs to drive the car for the new owners.  Boggs got his own Funny Car, a Maverick, in 1971 but quickly sold it and followed with two different Chevy-powered Vegas Funny Cars he raced from '72 to '74. 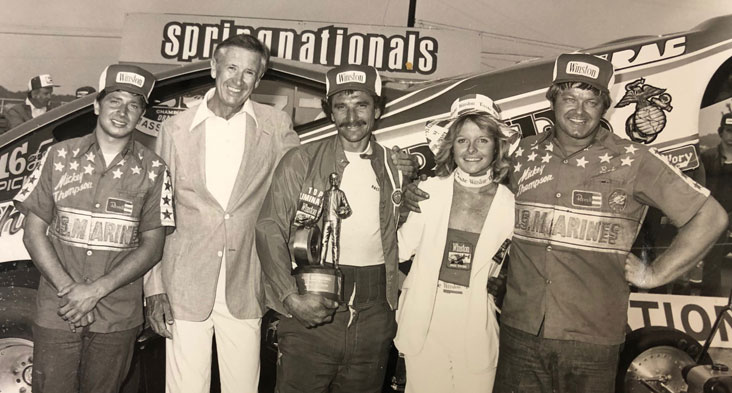 Boggs returned to driving in late 1977 after purchasing the Moby Dick car from nightclub owner Steve Gold, a car that had been driven to some acclaim by Minneapolis’ Jerry Boldenow. At a time when the so-called “Corvette Curse” claimed these floppers left and right due to aerodynamic ails, the Moby Dick, which enjoyed sponsorship from The Gay 90's, a Twin cities pub, ran straight and true and reached the final of the 1977 IHRA Summernationals, where it lost to Tom McEwen's Corvette. (Steve Reyes photo) 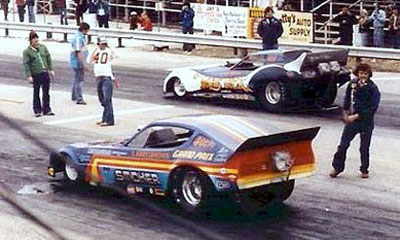 Boggs drove Moby Dick from late 1977 to 1985 and compete in all three sanctioning bodies but primarily was a match racer living off of t-shirt sales to get from race to race. As was the case with many privateers, the cost of racing eventually put him on the sidelines.

“Ezra used to stay pretty close to home, but when he bought the Moby Dick he started ranging out,” said fellow Oklahoman Brown, pictured above racing Boggs at Green Valley (photo by Jim White) and whom longtime Insider readers might remember from this explosive column. “He had three or four iterations of that car. He’d run good enough to be there. He tried really hard, but he had a knack of being in the right place at the wrong time. He went to the West Coast and they put [Henry Velasco's Top Fuel] engine in the car and ran really good out there, like a 6.10. He was a good driver; he just didn’t always have the tune-up he needed. He would get help from guys like George Hoover. Ezra lived out on a 90-acre farm that he had inherited from his dad and the Hoovers would stay there while they were on tour. He later met Tom Prock and became good friends with him and Jimmy. 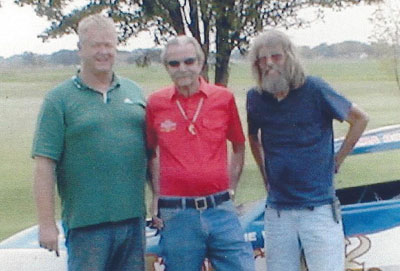 “He was a wiz and rebuilding antique jukeboxes and wooden slot machines and got a lot of people into buying them, guys like Dale Emery and Raymond Beadle. He was amazing with them. (Pictured at right ,from from left, Boggs, Bobby Hightower, and Connie Swingle)

“A lot of people don’t know that he also was involved in cattle. He worked for a company called Blackhawk Farms in upstate New York. He would fly to New York, where they would load cattle into a transport and drive them to Homestead, Fla. From there, Ezra would fly with them to Argentina, which was big in the cattle business. He was an interesting guy and funny, too. Over the last couple of months, we would sit around and laugh at stories from our days on the road. He was real likable. He was the kind of guy who just did things the way he wanted to do; he wasn’t always successful, but it was the way he wanted to do it.”