Who’s next? A look at possible first-time Pro winners for the 2023 season

Last year was a good year as far as first-time Pro winners goes with Tripp Tatum, Troy Coughlin Jr., and Joey Gladstone each getting their first wins in Top Fuel, Pro Stock, and Pro Stock Motorcycle, respectively. Now, who else is ready to join them?

It didn’t take long in 2022 for NHRA to crown a new Pro winner as Tripp Tatum dominated at the NHRA Gatornationals, making the most of his limited appearances on the tour.

Finally, after threatening for many years, Gladstone made an honest run at the Pro Stock Motorcycle championship after claiming three victories on his Reed Motorsports Suzuki.

So, who else is ready to join the party?

Surprisingly, there is a long list of potential first-time winners, and we’re not just talking about long shots here. It’s interesting to note that of the 40 drivers who finished in the Top 10 last season, 38 have previously won. The lone exceptions are Pro Stock’s Cristian Cuadra and Pro Stock Motorcycle’s Marc Ingwersen, who are both among the favorites.

Taking it class by class, here’s a look at who should win, could win, or might win this season. 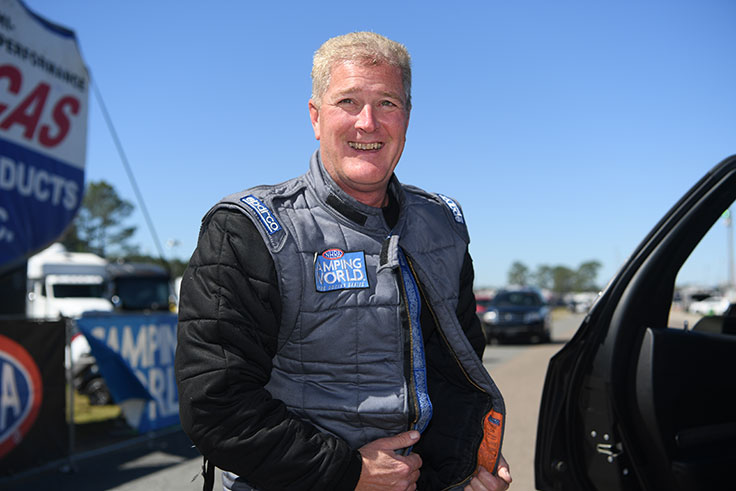 Let’s start with two guys who have already raced in Top Fuel final rounds, and that would be Doug Foley and Scott Palmer.

Foley was a runner-up to Tripp Tatum at last year’s NHRA Gatornationals, so the feeling of racing in a final is still relatively fresh. Top Fuel is extremely tough, even for the full-time teams, but Foley has demonstrated an ability to hang with the class’s best.

Palmer has a similar mentality to Foley. He doesn’t go to every race, but he wants to be a contender whenever he does run. Palmer went to a pair of finals in 2018 and 2019, and this season, he’s more committed to running his own program rather than leasing his car to new drivers, as he’s done for the last few years. If nothing else, a Scott Palmer victory celebration would likely be the talk of the pits for years to come.

After Foley and Palmer, the list of possible race winners in Top Fuel includes Krista Baldwin, Dan Mercier, and, perhaps, Cameron Ferre. Baldwin is a fan favorite who has plenty of talented people in her corner, while Mercier will benefit greatly from the experience of tuner Rob Wendland. Ferre is also an underrated driver, who just needs a break or two in order to make things happen.

Last year in Houston, Bobby Bode III nearly joined the list of Funny Car winners when he made it to the final against Matt Hagan. Bode not only deserved to be in the final, he had the three-time champion on the ropes until his Arbee entry blew up at half-track, ending his chances for an almost certain win. Bode figures to have better luck next time, and given his age (21), he should get plenty of additional opportunities to close the deal.

Other than Bode, it doesn’t take too much imagination to see either Chad Green or Paul Lee (or both) winning a Funny Car event.

Green benefits from the experience of Daniel and Tim Wilkerson, who each know a thing or two about managing a successful Funny Car program. Lee also has a solid résumé both in business and the Top Alcohol Funny Car class.

Both Green and Lee have cars that can consistently run in the threes, and given the unpredictable nature of Funny Cars, any car that can made it down the track four times on race day has a fighting chance. 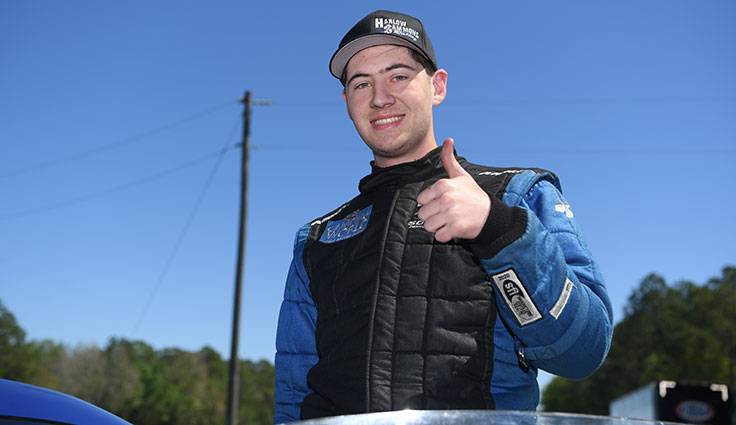 This is where things get a bit complicated because there are potentially a half-dozen candidates who could legitimately turn on a win light in a final round.

First up is Mason McGaha, who just missed the Top 10 last season. Still just 21, McGaha has never once looked out of place in a Pro Stock car even has he and father, Chris, have struggled to find the horsepower to remain competitive against the class’s top runners. Mason was a runner-up to Dallas Glenn at the 2021 four-wide race in Charlotte, and he generally gets the clutch pedal out on time. If the Harlow Sammons team can find a bit of power this winter, he’d remain one of the favorites.

Speaking of young drivers, horsepower, and first-time winners, it’s easy to cast a few votes for Camrie Caruso, the reigning NHRA Rookie of the Year. Caruso appeared to be on the verge of winning her first race last season, especially after making it to the final in Houston. That didn’t happen as she dropped out of the Top 10. The recent announcement that Caruso would be getting engines from the KB Titan team provides a renewed sense of optimism in this case because just about everyone else who has worked with the KB team has won races.

We also don’t think it would be a stretch to see any member of the Cuadra family clutching a Wally this season. Honesty, given their association with the Elite team, it’s probably not out of line to think that multiple members of the Corral Boots team could get the job done.

Patriarch Fernando Sr. appeared in back-to-back finals in 2019, and his son, Cristian, nearly won last year’s four-wide race in Las Vegas. Some might remember he was lights out on the starting line but broke in the final when he appeared to have Erica Enders covered. Fernando Jr. has yet to appear in a national event final, but he’s got a knack for knocking out some of the top cars in the class.

If you want a darkhorse candidate, how about new Elite driver Jerry Don Tucker, who is making the jump from Top Sportsman to Pro Stock. The Pro Stock class has never been more competitive, but it stands to reason that any car with Elite power has a fighting chance. 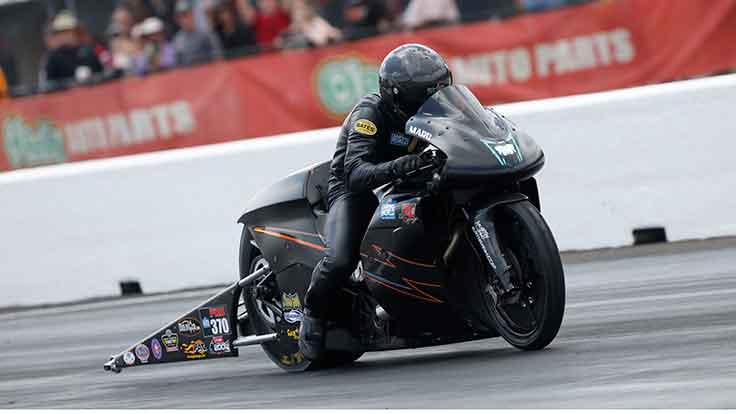 There is an intriguing mix of possible first-time winners in the Pro Stock Motorcycle class because there are a couple of promising new riders in the mix. First, however, we should start with Marc Ingwersen, who made huge strides last season aboard his Buell V-Twin. Ingwersen was a factor at almost every race on his way to a career-best eighth-place finish.

Two more riders who could win both a race and the NHRA Rookie of the Year award include Gaige Herrera and Chase Van Sant. Hererra ran a handful of events last season and looked solid, and with today's announcement that he's joined the Vance & Hines team, he'll  have the best equipment available. Racing alongside four-time champ Eddie Krawiec makes Herrera the favorite above just about anyone else mentioned here.

Van Sant is an interesting story because he’s also landing a competitive ride as a member of Jerry Savoie’s White Alligator team. Van Sant will be racing the same Suzuki that Karen Stoffer rode to a record 6.665 elapsed time and a win at last year’s Gatornationals. Yes, he lacks NHRA experience, but he should certainly have a bike capable of getting the job done.

Malcolm Phillips Jr. and Richard Gadson each debuted in 2022 and looked solid in limited appearances. Can either one of them win a race? That remains to be seen but the arrival of several new riders is a positive sign for NHRA’s two-wheel class.