On Wally Parks Birthday, we share his wisdom with the world

More than 110 years after his birth, Parks influence and insight still inspire.  His words provide a foundation that connects us to our past, comfort to endure the present, and strength to forge a better future.  Drag racing’s most practiced voice comes from a land-speed-racing hot rodder, turned motorsport statesman, who led this hobby from its infancy to become a global powerhouse of speed. His name is Wally Parks, and his wisdom and vision fuels the National Hot Rod Association to this very day. 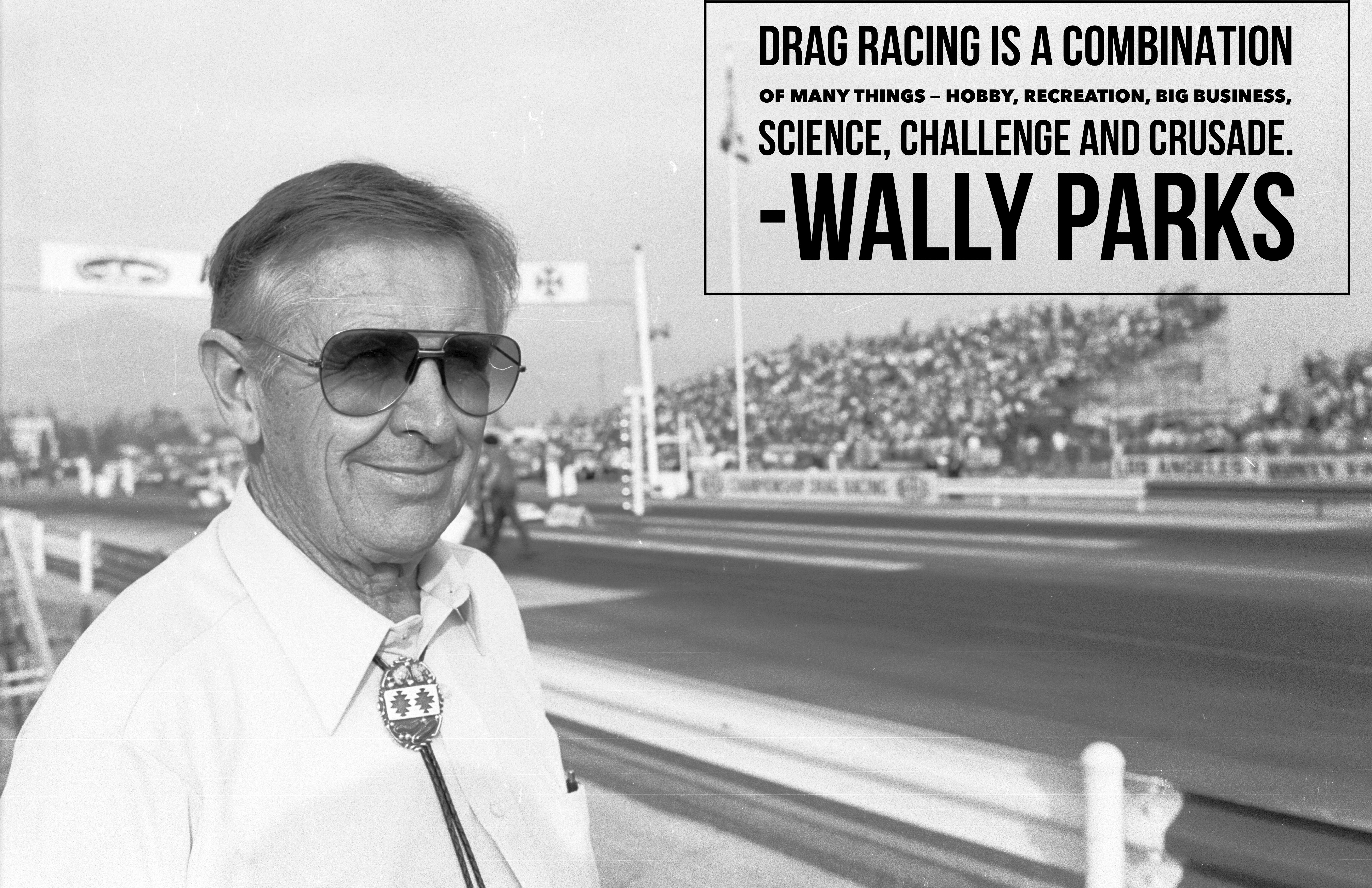 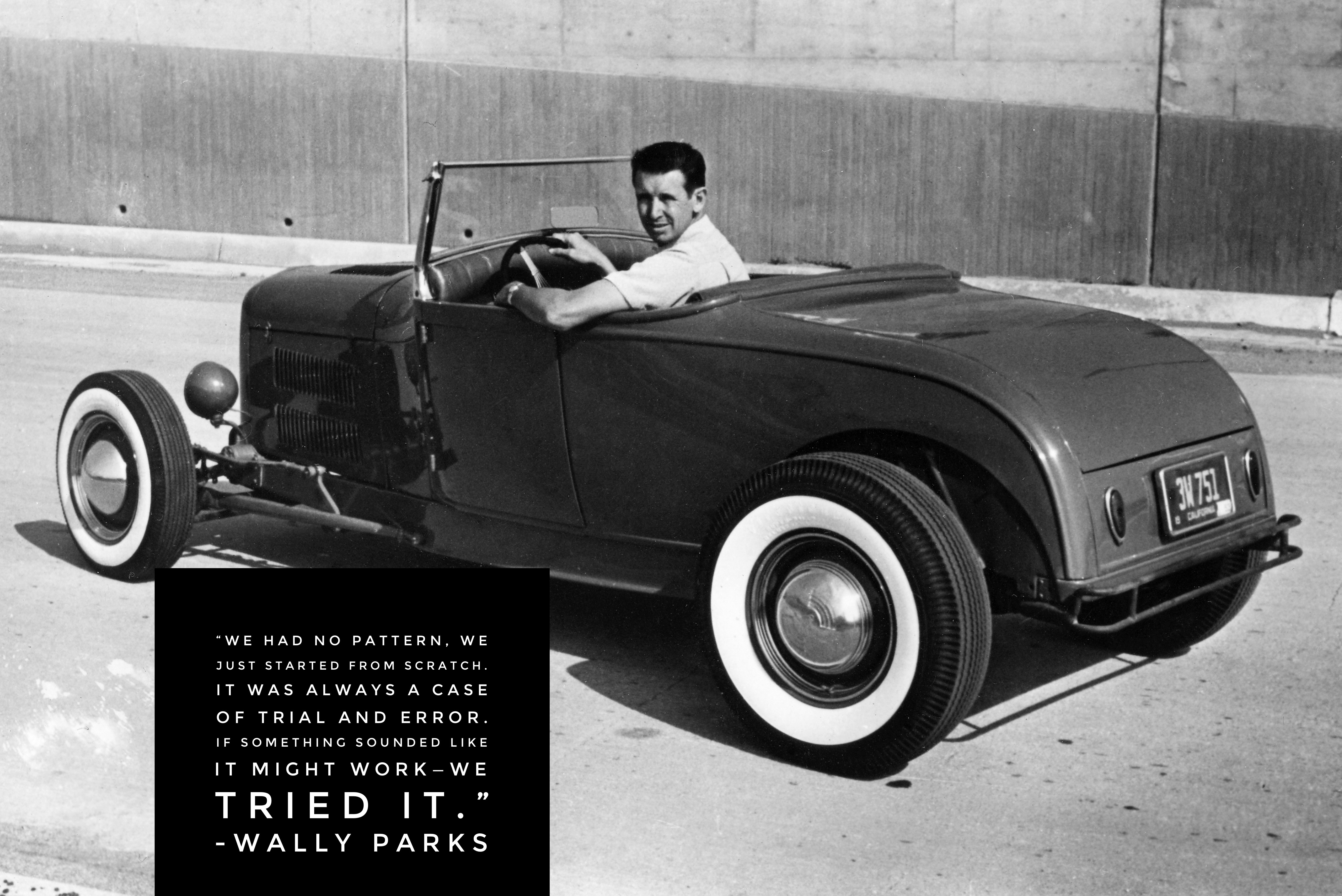 “We had no pattern, we just started from scratch. It was always a case of trial and error. If something sounded like it might work—we tried it.”—Wally Parks 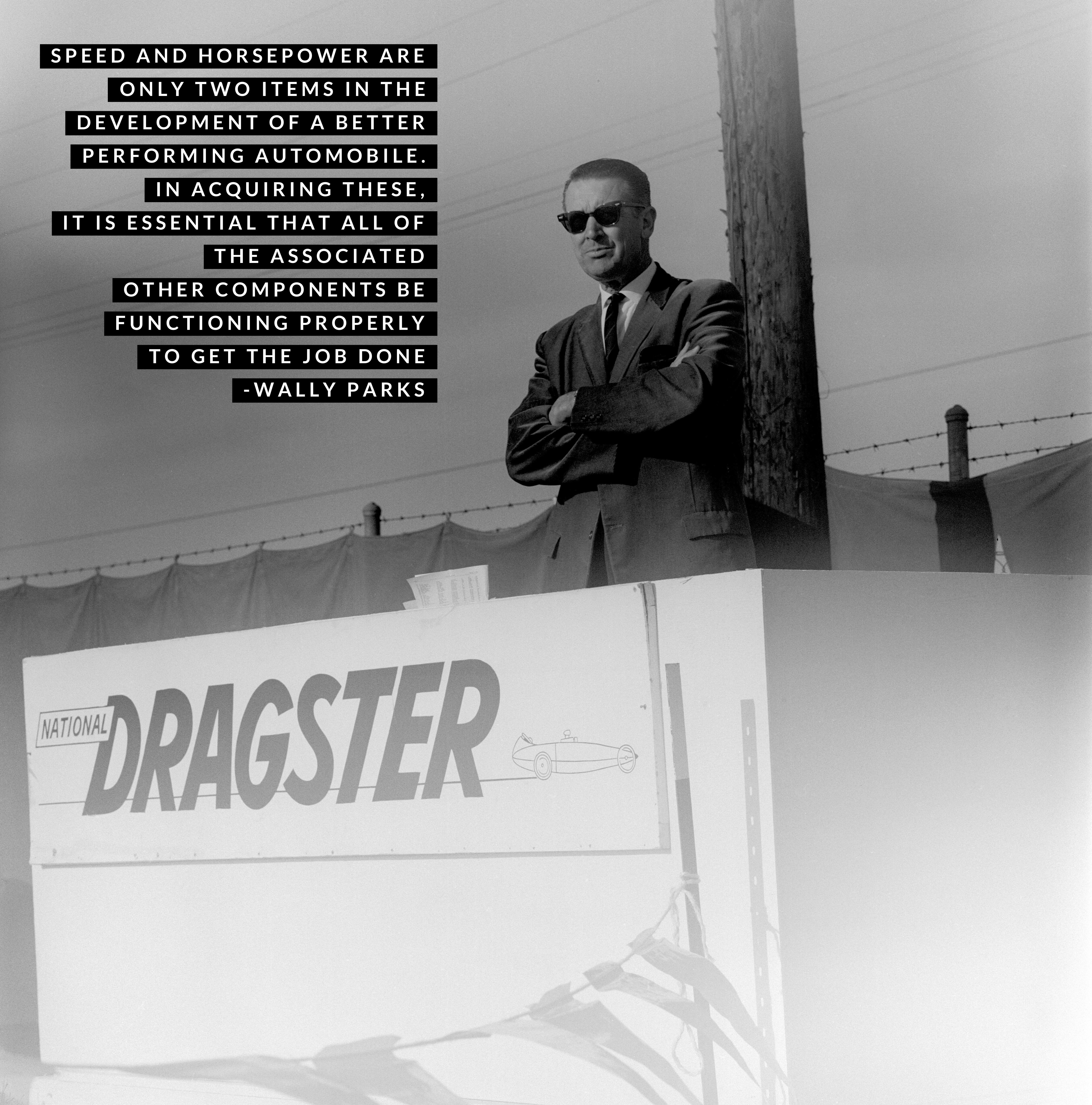 “Speed and horsepower are only two items in the development of a better performing automobile. In acquiring these, it is essential that all of the associated other components be functioning properly to get the job done.”—Wally Parks 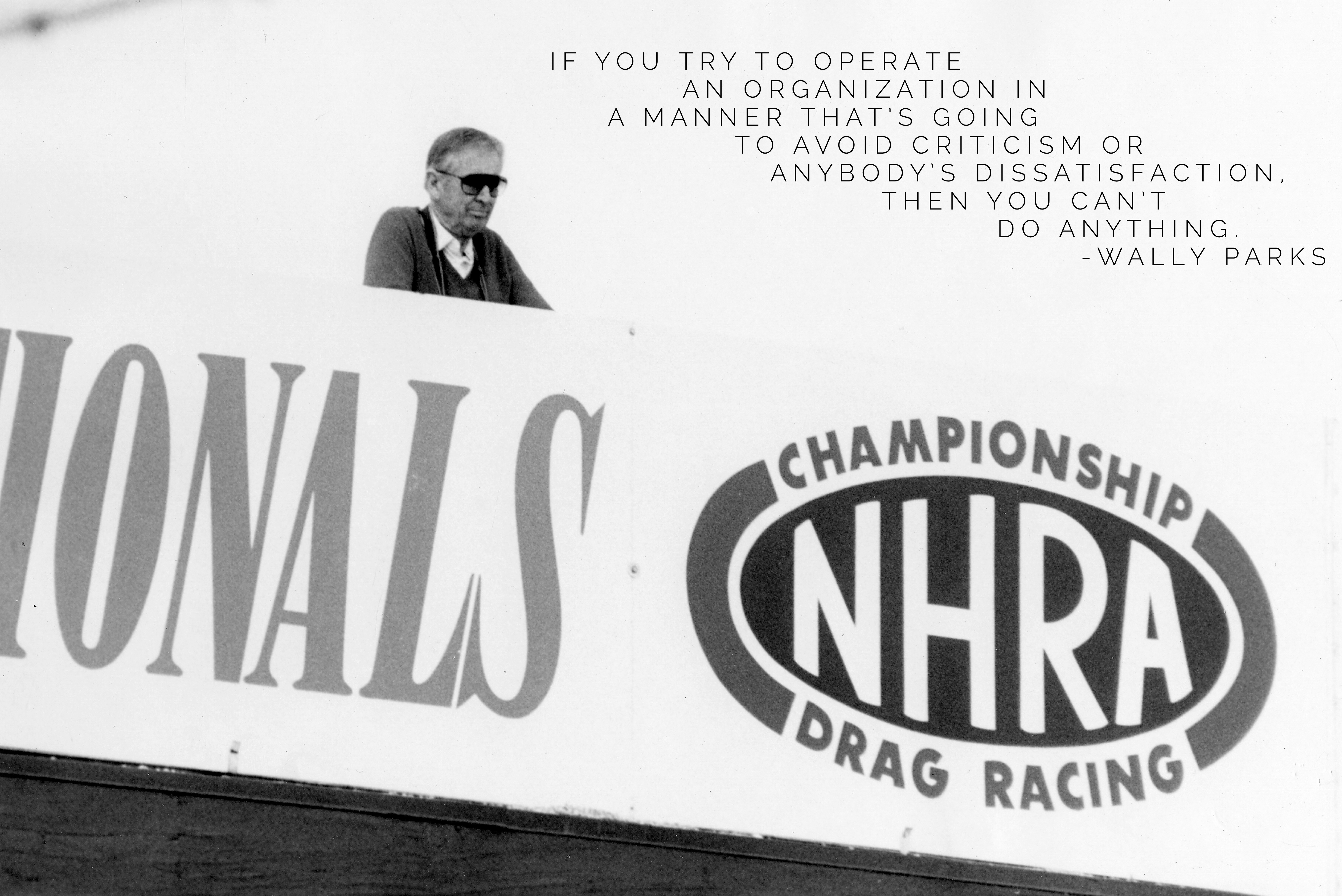 “If you try to operate an organization in a manner that’s going to avoid criticism or anybody’s dissatisfaction, then you can’t do anything.”—Wally Parks 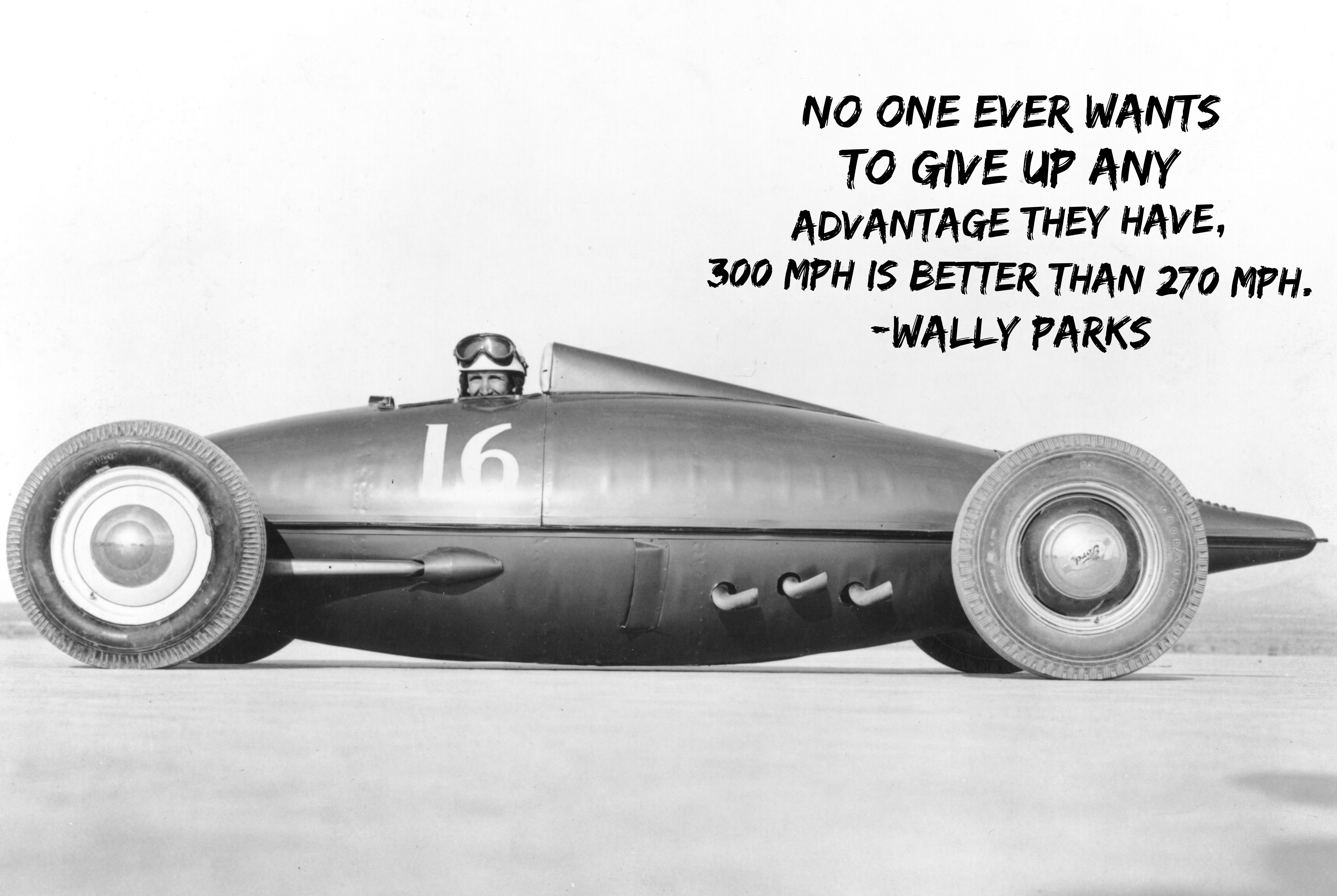 “No one ever wants to give up any advantage they have, 300 mph is better than 270 mph.”—Wally Parks 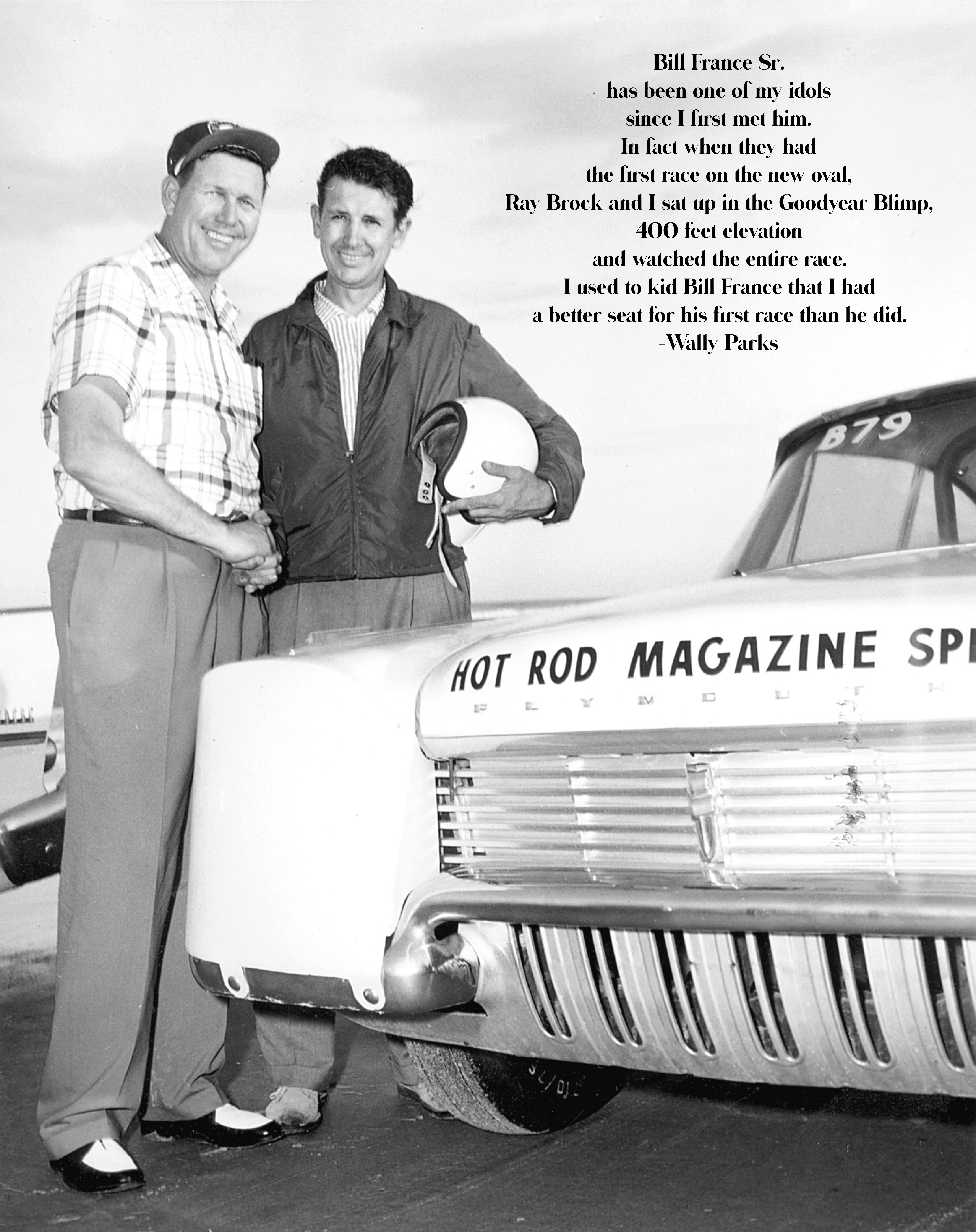 "Bill France Sr. and Wally Parks) “Bill France Sr. has been one of my idols since I first met him. In fact when they had the first race on the new oval, Ray Brock and I sat up in the Goodyear Blimp, 400 feet elevation and watched the entire race. I used to kid Bill France that I had a better seat for his first race than he did.”—Wally Parks 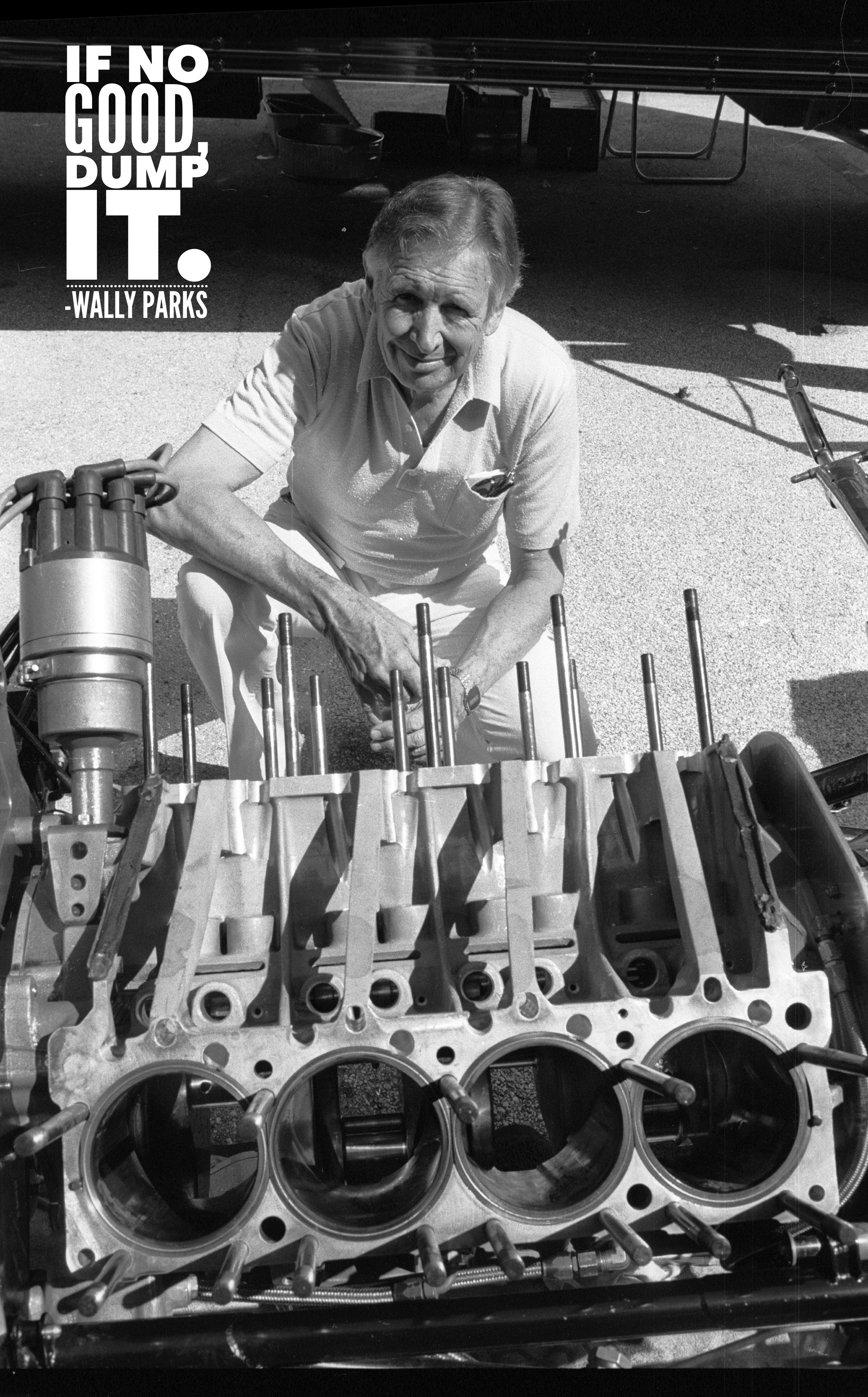 “If no good, dump it”.—Wally Parks 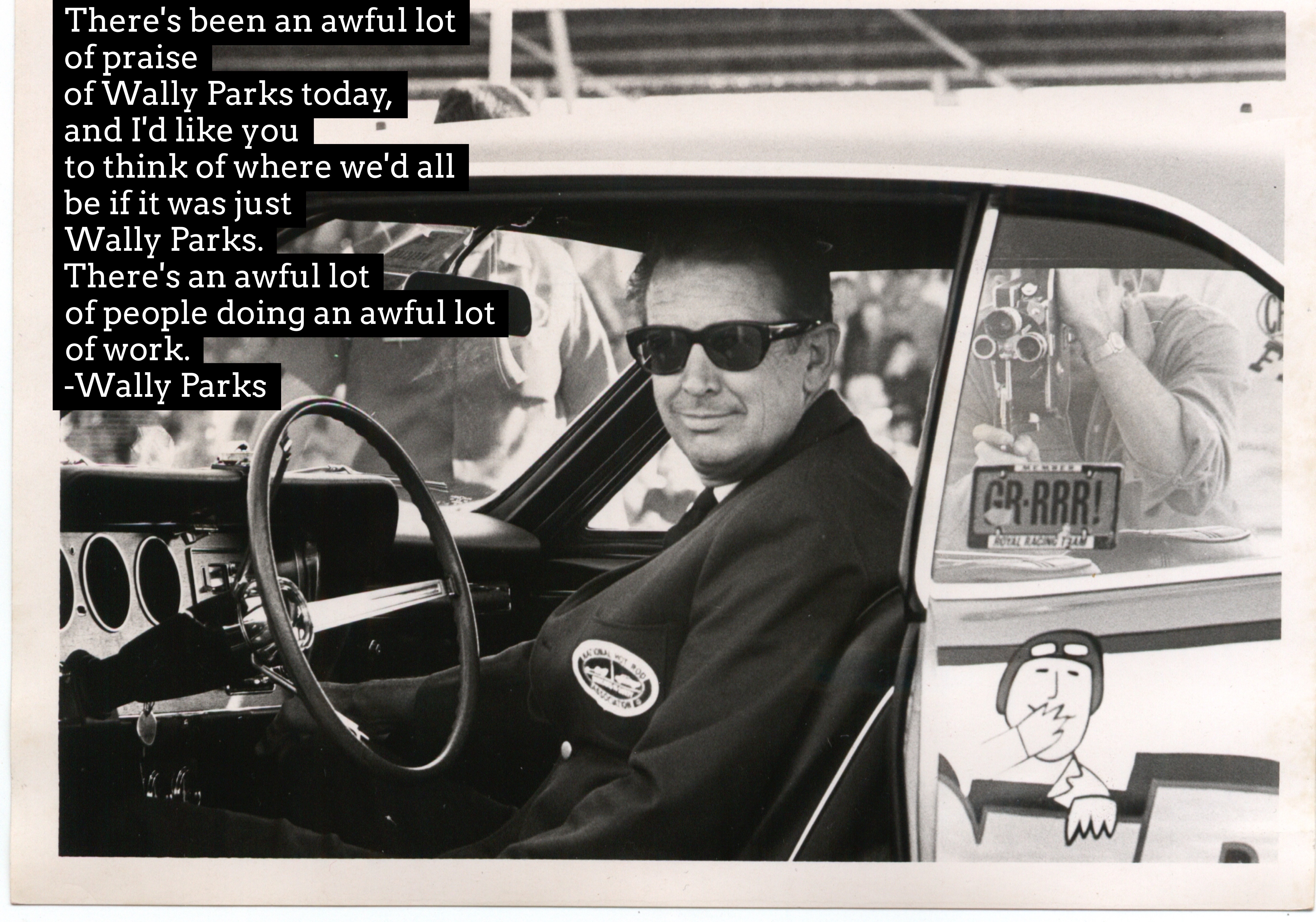 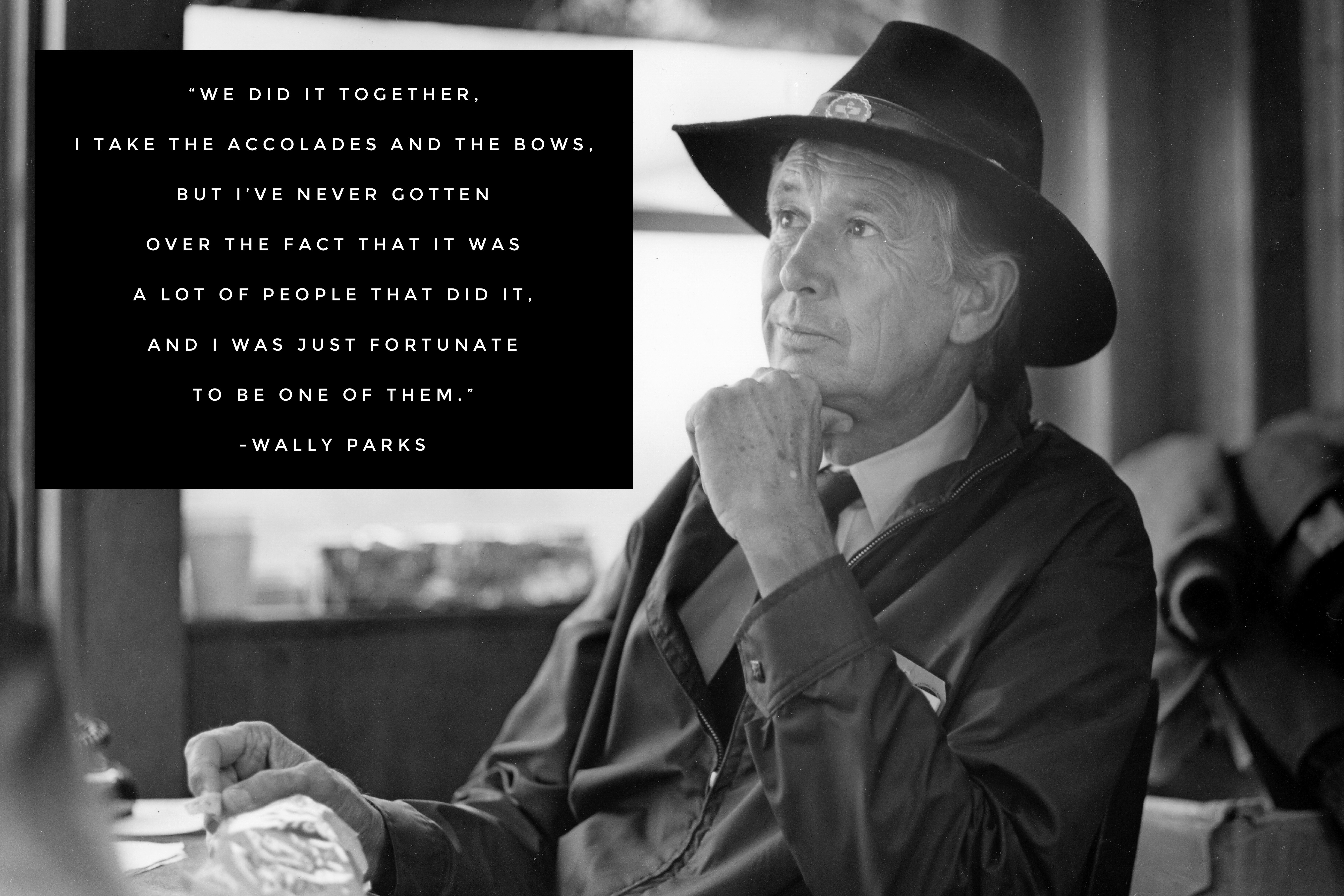 “We did it together, I take the accolades and the bows, but I’ve never gotten over the fact that it was a lot of people that did it, and I was just fortunate to be one of them.”—Wally Parks 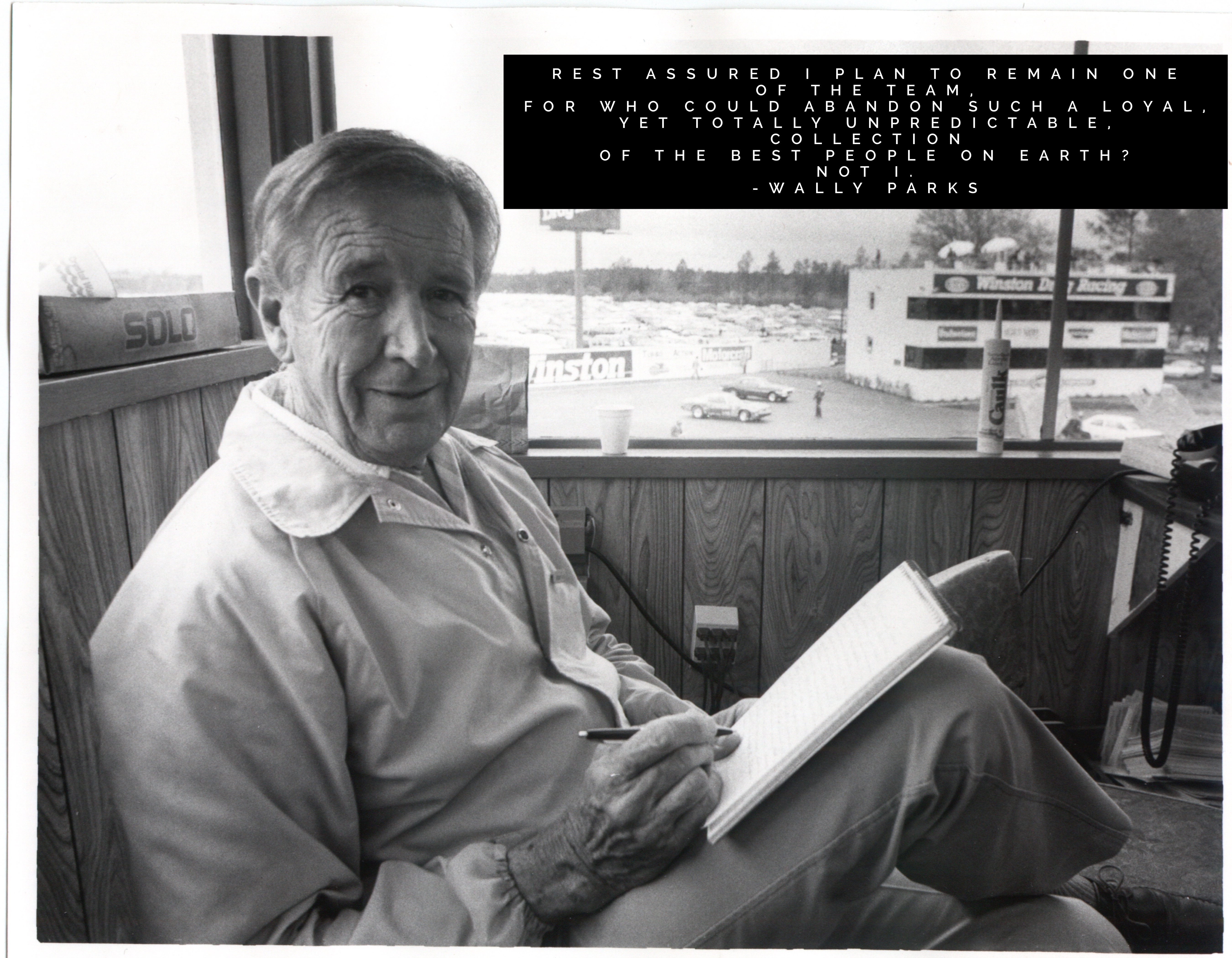 “Rest assure I plan to remain one of the “team,” however, for who could abandon such a loyal, yet totally unpredictable, collection of the best people on earth? Not I.”—Wally Parks