What you may not know is Shelby was also an NHRA Board member and a dear friend of Wally Parks.
11 Jan 2023
Posted by NHRA.com staff
News

He was a legend in sports car racing, intrinsically tied to the Ford performance brand, a contributor to V-10 Dodge Viper, and the man whose name hot rodders are compelled to use as a prefix anytime we say the word "Cobra."

What's slightly less-well know is that Shelby was also a Board member of the National Hot Rod Association, and a dear friend of Wally Parks.

From the March 25, 1966 issue of National Dragster 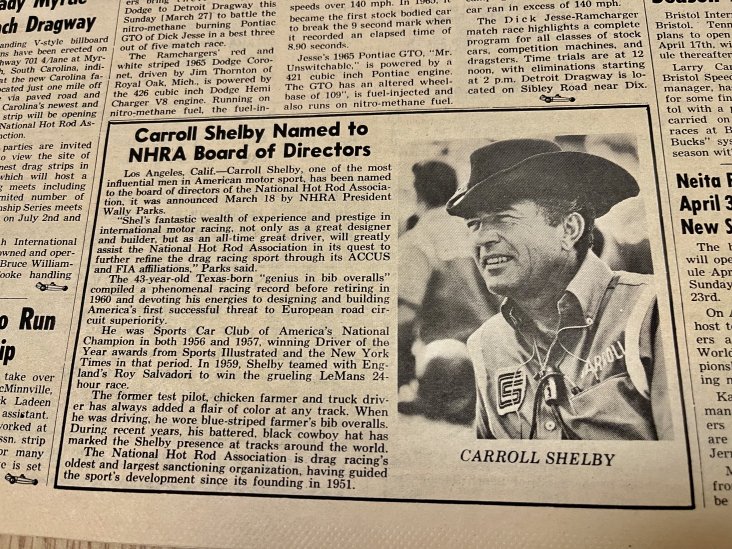 Carroll Shelby Named to NHRA Board of Directors

March 18, 1966, Los Angeles, Calif.— Carroll Shelby, one of the most influential men in American motor sport, has been named to the Board of Directors of the National Hot Rod Association. It was announced March 18 by NHRA, President Wally Parks.

“Shel’s fantastic wealth of experience and prestige in international motor racing, not only as a great designer and builder, but as an all-time great driver, will greatly assist the National Hot Rod Association in its quest to further refine the drag racing sport through its ACCUS and FIA affiliations,” Parks said.

The 43-year-old Texas-born “genius in bib overalls” compiled a phenomenal racing record before retiring in 1960 and devoting his energies to designing and building America’s first successful threat to European Road circuit superiority. He was Sports Car Club of America’s national champion in both 1956 and 1957, winning driver of the year awards from Sports Illustrated and the New York Times in that period. In 1959, Shelby teamed with England’s Roy Salvadori to win the grueling Le Mans 24-hour race .

The former test pilot, chicken, farmer, and truck driver has always added a flare of colored at any track. When he was driving, he wore blue-striped, farmer’s bib overalls. During recent years, his battered black cowboy hat has marked the Shelby presence at tracks around the world. The National Hot Rod Association is drag racing’s oldest and largest sanctioning organization, having guided the sport’s development since its founding in 1951.

The Shelby announcement was a cover story of that issue of National Dragster, and even telegraphed Parks' affection for his good friend. 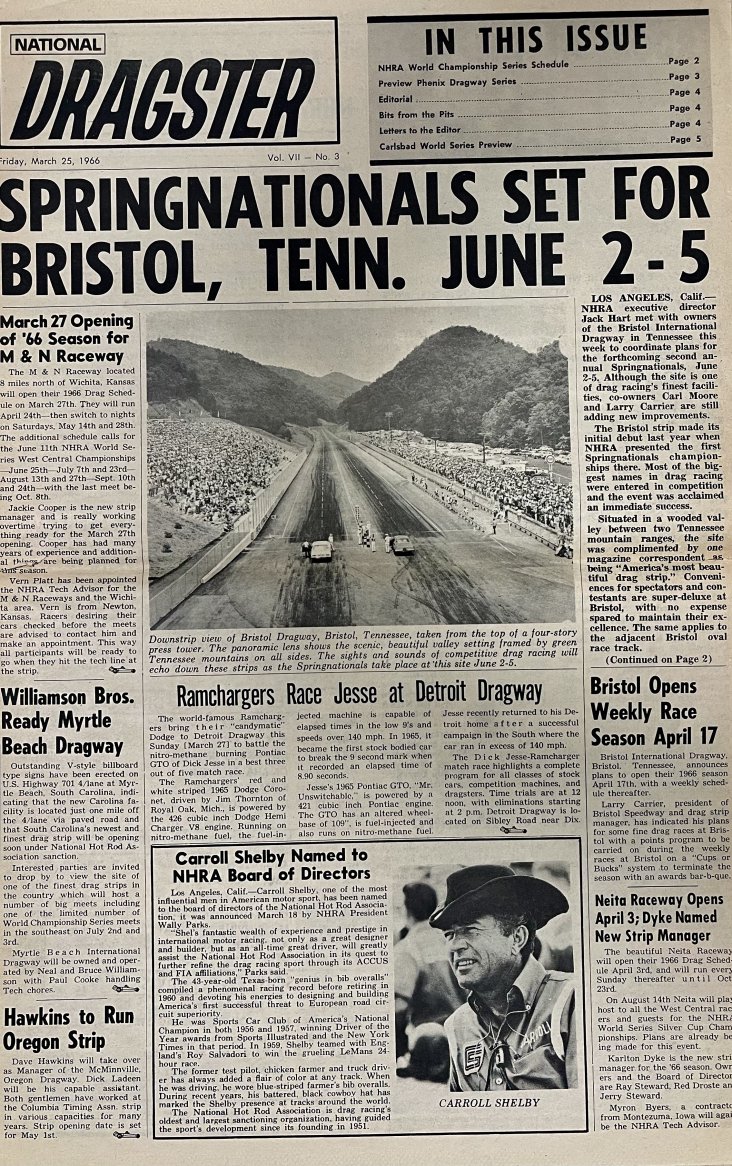 Flipping further through the pages of that issue of National Dragster we also noticed Shelby's ad for a Cobra-derived Ford small-block dry sump system. 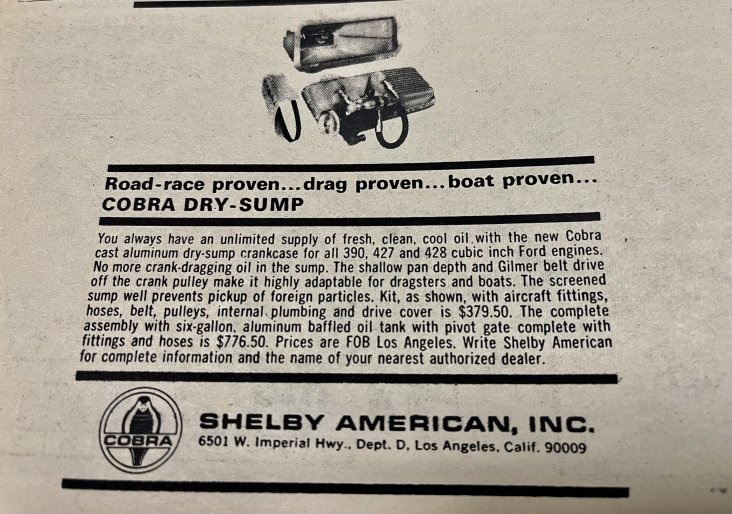 How close were Carroll and Wally?  At Parks' 94th birthday at the NHRA Musem, the evening celebration featured the two men on stage telling stories from the old days. 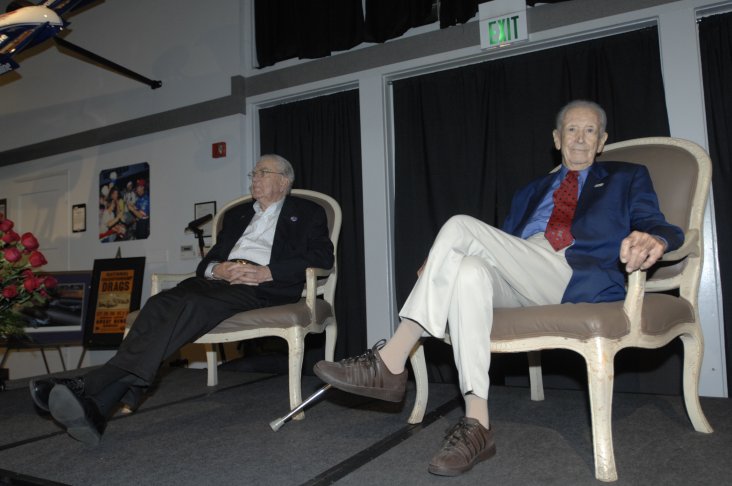