Back in (yellow and) black, Troy Coughlin Jr. wants the big trophy in 2023

Last year, Troy Coughlin Jr. got his first – and second – taste of victory in the Pro Stock class, and as the 2023 season inches closer, the third-generation drag racer has a pencil poised to record a few more W's in the scorebook.
11 Jan 2023
Kelly Wade
Feature

Last year, Troy Coughlin Jr. got his first — and second — taste of victory in the intensely competitive Pro Stock class, and as the 2023 season of NHRA's Camping World Drag Racing Series inches closer, the third-generation drag racer has a pencil poised to record a few more W's in the scorebook. After a year that proved to him all that is possible, the fervent JEGS.com ambassador is daring to dream bigger.

"Those two wins last year really just made us want to take off and go even harder," said Coughlin. "After that, we just said, 'Let's go after a national championship and get us a ring.' We're yet to accomplish that feat, but that's what we're going to do in '23; we're going to give it our all and go after that goal."

Coughlin's early scorecard in 2022 was surprisingly diverse with a final round in Phoenix as well as a non-qualifying effort in Houston and five first-round losses. But that final round in Phoenix was the third of his career — Coughlin, who entered the Pro ranks in Top Fuel in 2017, made his Pro Stock debut in 2020 and reached a final in each of the next two seasons — and the early glimmer of hope at the NHRA Arizona Nationals was exchanged for a hot ticket come summer. The Ohio native built on a semifinal performance in Denver and went back-to-back with victories in Seattle and Topeka.

For his first win, Coughlin defeated Fernando Cuadra and Camrie Caruso in the early rounds before taking on a tire-rattling Greg Anderson in the semi's and Erica Enders, his Elite Motorsports teammate, whom he narrowly pinched in the final.

He got the soon-to-be christened champion again by just a smidge in the semifinals in Topeka, and once more, he got the nod over Anderson — this time in a good side-by-side race — to claim the title in Kansas.

"Pro Stock is an extreme challenge, and it takes a ton of focus," said Coughlin. "There is a lot of preparation that goes into this, from getting everything right as a driver to making the car fast, so it definitely excites you [to win]. There are a lot of emotions involved. You can't be afraid to feel them all, but you have to take everything as it comes and stay focused, remember the process, and go out there and continue to make good runs. The process didn't change after winning. The journey is still the same. One lap at a time, one race at a time."

Coughlin's approach and his team's continued efforts led to a strong performance in the Countdown to the Championship playoffs, where the group held fast in the knowledge that they had opened the previously locked door to triumph. For the first time in his career, Coughlin was in the championship conversation in Pro Stock. 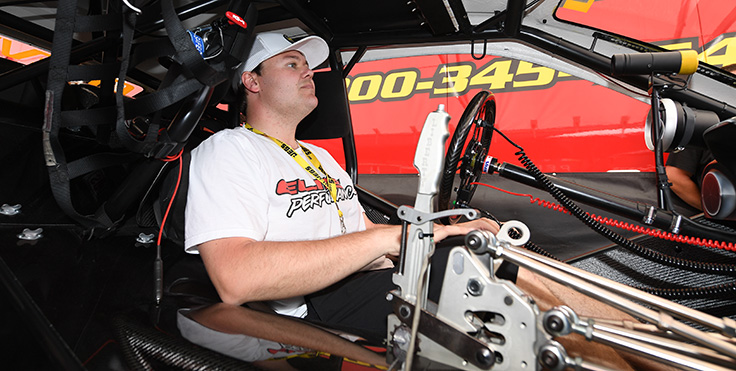 Entering the six-race championship playoffs, he was No. 6 in the standings, but after a final-round finish next to Enders in the first race, Coughlin moved up to fourth. Qualifying No. 2 in Charlotte and reaching the semifinals bumped him up to third place, and he would hover between No. 3 and No. 4 — where he ultimately finished — for the remainder of the season.

"Being in contention for the championship – it was everything I imagined as a kid," said Coughlin. "It was an honor to get to race alongside people who are always in contention. It's something I grew up wanting to do, it's what I worked for. It's why I sit in the simulator and hit the practice Tree over and over, watch every run and the in-car footage to try to learn and get better. Finally getting there was everything I imagined."

Going forward into 2023, Coughlin will continue to make laps in an Elite Motorsports Chevrolet Camaro emblazoned with the well-recognized JEGS.com scheme, and that alone is a tremendous boost for the youthful driver heading into the new year. Although the mail-order parts house is no longer owned by the Coughlin family, representing the brand remains a source of pride for a gentleman who grew up swathed in yellow and black. 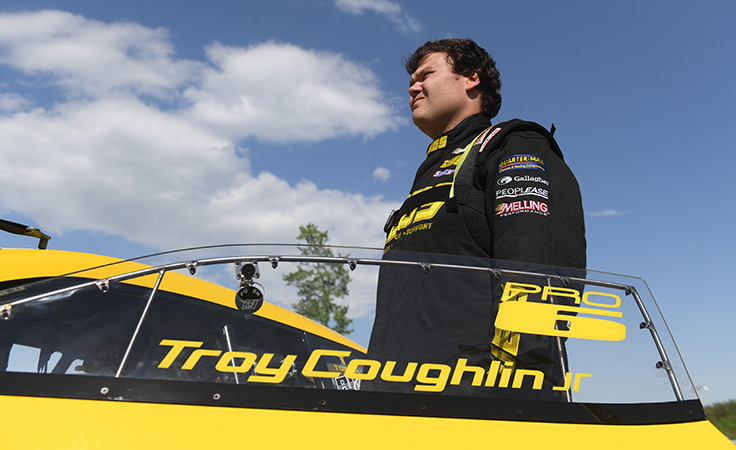 "JEGS.com is the greatest brand in the world; I absolutely love it with all my heart," Coughlin enthused. "I've always loved working here, and I still learn something new every day. To represent these amazing people on a car that I'm thrilled to drive — it's just a dream come true."

He also spoke to the unique nature of racing under the Elite Motorsports awning alongside teammate Bo Butner, whose Johnson's Horsepowered Garage Chevrolet Camaro is also backed by Summit Racing Equipment. Not long ago, the JEGS and Summit Racing rivalry was among the most fierce in drag racing. Jeg Coughlin Jr. bore the family name on his Pro Stocker for five championships, and Greg Anderson, now the most winning driver in the category with 101 wins, flew the Summit Racing flag alongside three-time world champion Jason Line.

The on-track rivalry was intense and evenly matched — now retired from professional racing, (Jeg) Coughlin holds a 10-11 record over Anderson in final rounds.

Although Summit Racing is no longer a primary partner on a Pro Stock car, the sticker on Butner's Chevrolet doesn't go unnoticed. Coughlin sees this as a positive and hopes for a rejuvenation of the epic rivalry.

"We need each other, and the competition between us makes the industry even better," he said.  "We have the most passionate customers, and we all want the same thing: for people to be building something in their garage with a smile on their face. But that intense rivalry is fun, and I hope it grows."

Coughlin is characteristically group-minded, and he attributes the trait to growing up in a racing family where his grandfather, dad Troy Sr., and uncles Jeg Jr., John, and Mike all raced — and won. That makes his tenure with one of the largest teams in NHRA even more meaningful and appreciated.

"Winning as a team, I've always loved that," said Coughlin. "I come from a large racing family, and growing up it seemed like someone was winning a race every weekend. I really enjoy being part of that now with the Freeman family and everybody at Elite Motorsports, and winning the championship as a group last year, wow, what a sense of joy we shared. I'm very blessed and lucky to enjoy this.

"Last year was awesome, and hopefully, we can park the JEGS.com Chevrolet Camaro in the championship winner's circle in Pomona in 2023. I'm absolutely jacked, and I can't wait to get started in Gainesville."