Pro Stock veteran Kenny Delco has been traveling the country as a Pro Stock racer for nearly four decades but just recently returned to action after shoulder surgery, happy to be back in the driver's seat.
10 Jun 2022
Kelly Wade
Feature

Kenny Delco is a likable guy. He's a quiet man, but even as he stands with arms crossed surveying the racetrack or watching over his KD Racing/Artisan Coffee Chevrolet Camaro as his team wrenches away, Delco wears a kindly grin below eyes that glimmer just so. He is approachable and welcoming, and he almost always appears content, if not happy.

This was Delco's stance outside of his pit area at the recent NHRA New England Nationals in his second race back after rotator cuff surgery earlier this year. The East Setauket, N.Y., resident was in familiar territory there in Epping after leaving his home on the North Shore of Long Island and making the four-and-a-half-hour drive to get to New England Dragway. Delco has been traveling the country as a Pro Stock racer for nearly four decades.

"I want to do this until I can't," said the gentleman who turned 69 in May. "It's fun, and I'm already invested. What am I going to do? We have all the parts, have all the pieces, now we can just go race and see everybody out there. We go to enjoy it." 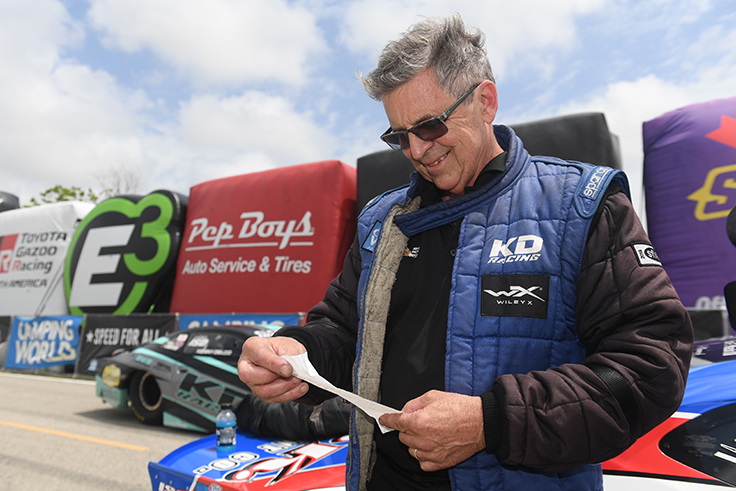 Stepping back from driving at the beginning of the year was a tough but necessary call for Delco, and one that was made easier by the decision to put John Cerbone in the driver's seat.

Fellow New Yorker Cerbone has been racing and building engines and cars since the early 1980s, and he's been part of Delco's crew for many years. His experience behind the wheel is incredibly diverse, with time spent driving everything from Pro Mod in a northeast series to circle track Modified and NASCAR's Busch North Series. Last season, Cerbone put his name on the NHRA map when he qualified No. 1 and scored the Constant Aviation NHRA Factory Stock Showdown title at the Menards NHRA Heartland Nationals in Topeka.

Cerbone was a shoe-in to keep the seat warm for Delco, and he started the season with back-to-back qualifying performances in Pomona and Phoenix in the KD Racing Chevy. Val Smeland represented the team in Gainesville, but with one qualifying attempt allotted for the water-logged Gatornationals, he missed the field. In Las Vegas, Cerbone was back for one more race before the boss was set to return, but he found himself on the negative side of the 16 qualified candidates by just .002-second.

For those first few months of 2022, Delco was cheering for his team from the sidelines and waiting as patiently as he possibly could to get back to racing. The break wasn't all that unusual; Delco has taken time off over the years to focus on family and business, but he's always returned to the dragstrip. 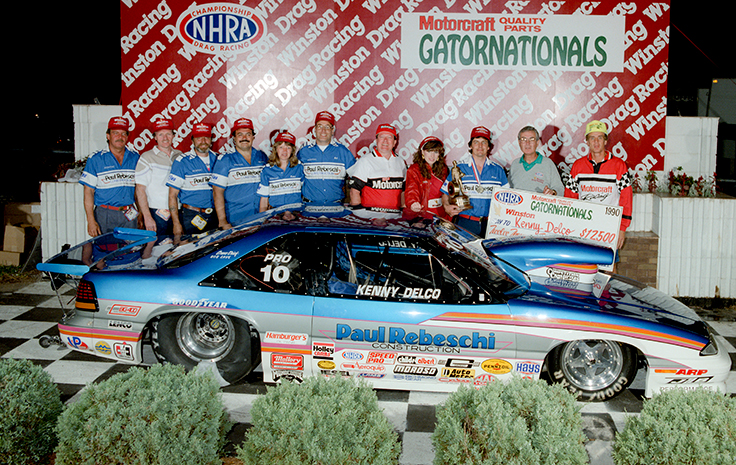 The northeast racer first made his Pro Stock debut in 1985, and in 1988, he reached his first final round in Memphis, Tenn. Two years later, Delco claimed the coveted Pro Stock trophy at the 1990 Gatornationals. Delco is well-acquainted with what it feels like to buckle into a naturally aspirated factory hot rod and fly down the quarter-mile dragstrip, and his 223 career races on the books are surpassed by just two currently competing drivers in the category: five-time and reigning world champion Greg Anderson (503) and four-time champion and current points leader Erica Enders (321).

"It was pretty hard missing those races," said Delco. "But the doctor said that if I didn't fix my shoulder, he might not be able to repair it later. I said, 'Alright, it's more important to have my arm.' It was hard, but I didn't want to have to replace my shoulder. I had to take the time and just let them fix it."

In his first run down the racetrack at the Houston SpringNationals, Delco clocked a pleasing 6.585-second pass at 209.33 mph that secured his spot in the field.

"I guess it wasn't too bad," he said with that relaxed grin and shining eyes. "We have plenty of power. It's not power; it's just us. Now we have to get smart. But we've got [crew chief] Jamie Yates, John Cerbone, and of course Frank Iaconio and his engines. They're taking care of everything, and we're just enjoying this. I'm glad to be back."