Scott Farley has done a lot of flying in his life -- the last several years at the helm of an MD11, flying trans-Pacific cargo routes for UPS -- but it’s nothing like the flying he’s doing this weekend just inches off the ground in Terry Haddock’s Top Fueler in his debut in the class.
19 Feb 2022
Phil Burgess, NHRA National Dragster Editor
Feature

Scott Farley has done a lot of flying in his life -- spending more than 12,000 hours in the air as a pilot, the last several years at the helm of an MD11, flying trans-Pacific cargo routes for UPS -- but it’s nothing like the flying he’s doing this weekend just inches off the ground in Terry Haddock’s Top Fueler in his debut in the class.

“For sure there are a lot of similarities between flying a jet and driving a dragster, but they’re obviously two different machines,” he said. “Flying a big jet like that is a lot of mass to manage – 630,500 pounds fully loaded -- so you’ve got to think where it's gonna be 3, 4, 5 minutes down the road. As a pilot, you’re always looking way ahead down the runway, that same thing we do in the racecars, and yeah, an airplane is all about procedure, procedure, procedure. We do this and we get x results. And if x results aren't happening, here's the emergency procedure for that. And all that transfers; obviously it's different, but it's very familiar processing stuff. 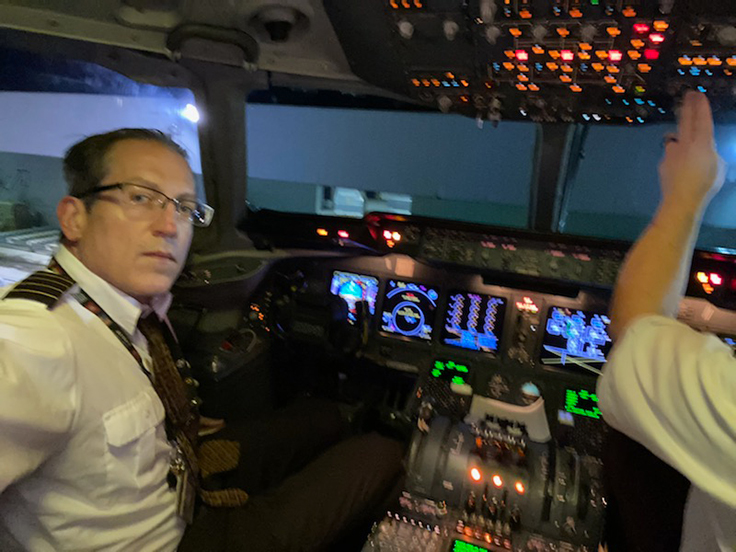 “I've had engines on fire. I've had engine failures. We've had wheels separate from the airplane, and a lot of it is calm -- just prioritize and let everything settle before you do anything big and that transfers as well.”

With less than 20 runs under his belts, he knows he’s still learning, but happy to have found a partner in Haddock, who has made a career out f turning neophytes into Top Fuel drivers, with a list that includes his ex-wife, 2014 Automobile Club of Southern California Road to the Future Award candidate Jenna, sponsor-turned driver Jim Maroney; Terry Totten; Cameron Ferre, and, last year, Buddy Hull.

“He's the captain, I’m the learning copilot,” said Farley. “What he says goes and it has been working.” 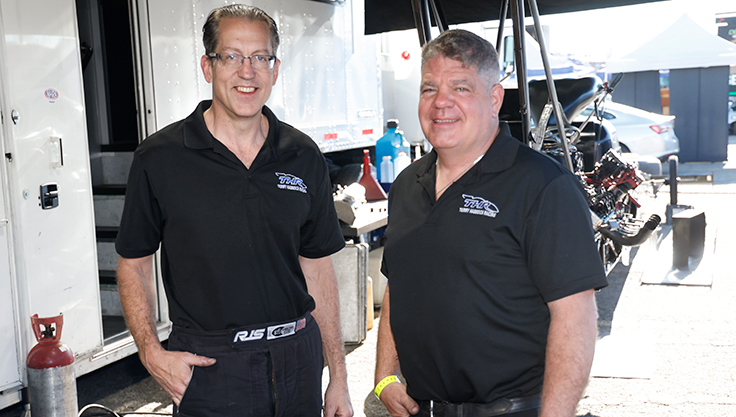 It’s been a long road to the Winternationals. Farley started flying as a teenager with money saved working as a mechanic at a Chrysler dealership, working his way up from Cessnas to big jets. A lifelong gearhead, he’s also raced cars between flights, most recently a screw blower-powered ’70 Camaro Pro Mod that he built himself that has carried him into the five-second range, but he took the first plunge towards Top Fuel at last year’s NHRA event in Epping, N.H., not far from his Connecticut home.

“I was there with a good buddy, and I was standing by [Doug] Kalitta's display car and I said, ‘I'd like to drive this.’ And my buddy said, ‘Oh, you'll never do that.” I wanted to talk to [fellow pilot] Kalitta and he was really busy and eventually Clay Millican steered me towards Terry. We talked for about an hour and a half, and he said, Yeah, if really serious about this, call me. In about two weeks, I'll have the car down to Texas and we'll arrange time.”

Farley made his first passes in the car in August and finished his license runs last November in Las Vegas, and never looked back.

“Terry told me, ‘OK,  we're gonna do one run, and if you still like, we'll continue with this process,’ and I loved it, but I can see where some people would say, 'Yeah, that is not for me.' I did have that ‘What did I get myself into?’ moment the first time we started the car on nitro, but I love it. 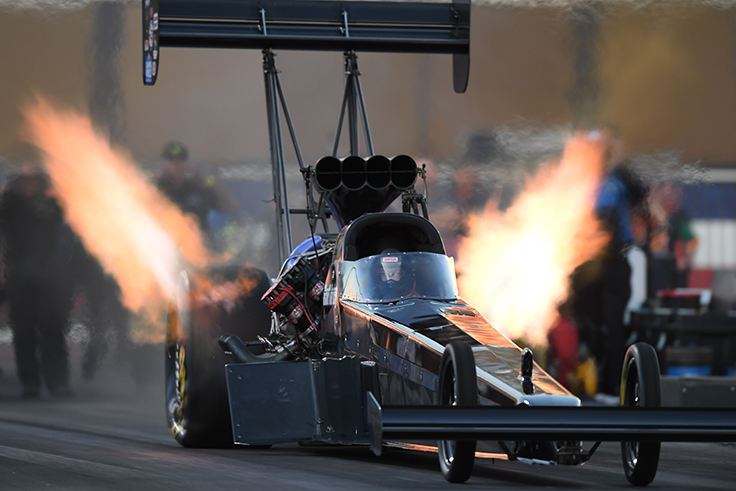 Farley is the latest driver to earn his stripes with Haddock, who continues to search for a long-term partner that will allow him to improve performance. He’s been making all of the right moves –- consulting with Bob Tasca III’s team last year on a tune-up for his personal Funny Car and buying a new Don Schumacher Racing dragster and working with the DSR group to get better parts –- but he’s still frustrated by the chicken-and-egg nature of teaching people the ropes. 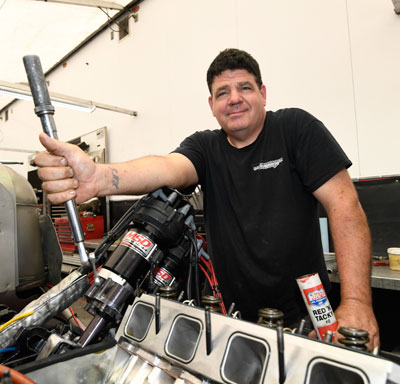 “My cars can run decent, but it takes an investment from people to help take it to the next level to buy better parts and hire more people,” Haddock said. “I spend a lot of time teaching these new drivers how to do this right, but because they’re always looking for the next best thing, I don’t always get to keep them. I really believe that my cars have tremendous potential but someone paying me to drive my car that weekend of the race doesn’t allow me time to get all of that together.”

Haddock’s latest pupil, Hull, ran 12 races with him last year but decided to buy his own team for 2022, and Farley right now, due to UPS’ demand, has been able to commit to just three events – the Winternationals, the New England Nationals, and probably the Auto Club NHRA Finals back in Pomona – so he’s not Haddock’s next great hope, just the latest to take flight.