Torrence and Tasca: 'We can make it better than it was. Better, stronger, faster.”

Remember the 1970s TV show, The Six Million Dollar Man? How scientists rebuilt astronaut Colonel Steve Austin after an accident to make him "Better, stronger, faster?" That’s the mantra that both Steve Torrence and Bob Tasca III have adopted this year in rebuilding their tune-ups. And it's paying off.
30 Jul 2022
Phil Burgess, NHRA National Dragster Editor
Feature

Remember the early 1970s TV show, The Six Million Dollar Man? How scientists rebuilt astronaut Colonel Steve Austin after an accident to give him bionic strength?

“We can rebuild him. We have the technology. We can make him better than he was. Better, stronger, faster.”

That’s the mantra that both Steve Torrence and Bob Tasca III have adopted this year. Both ended the 2021 season by winning the year-end Auto Club NHRA Finals then both voluntarily took a step back, tearing down their race-winning combinations to rebuild them to be better, stronger, faster, and now with both being the top qualifiers in their respective fields at the Flav-R-Pac NHRA Northwest Nationals, it looks like those plans are coming to fruition. 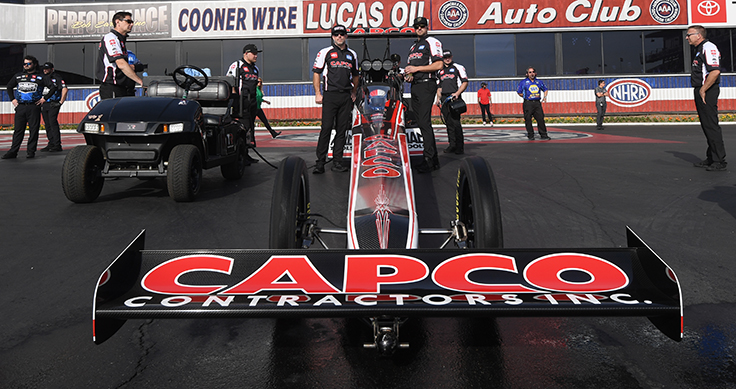 Although Torrence remains in the second-longest winning drought of his amazing career — it’s just 12 winless races, but we are talking about Steve Torrence — he’s not really sweating it, putting full confidence in the decision made by crew chiefs Richard Hogan and Bobby Lagana Jr. that to stay ahead of the field, they needed to tear down and rebuild their combination.

“I think that it's getting there,” he said of the progress. “I see the consistency of the car. I know what [Hogan] is trying to do, and I know what the car is doing, and it's aligning itself very closely. We've had some glimmers in good conditions where the car can really go out and run hard, and it hasn't run as hard as what we thought it could, so we're just picking away at it a little bit at a time.

“You can ask anybody that competes — you go into something with a plan, you have to execute that plan all the way to the end, even if it's not looking good for a little while, and that's what we're doing. I'm more confident in the car each and every time I get in it just because I know what we've done, the changes we've made, what we're trying to do, and what it's doing." 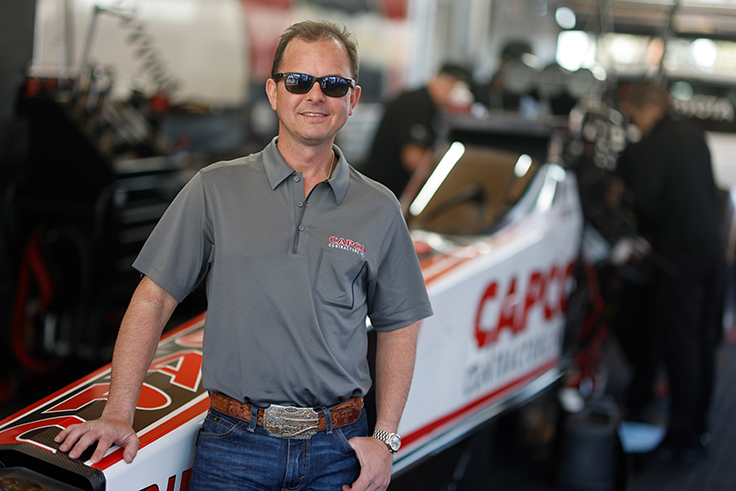 For a guy so used to winning – 45 victories over the last five seasons – it’s tough to go a couple of races without raising a new Wally, let alone 12.

“It’s been a difficult pill to swallow when you know how consistent and dominant you've been,” he admitted. “But you just chop it off at the knees and go back and try to rebuild it. I have all the faith in the world in those Capco boys. You don't get four championships by not trusting  the guys that are leading the wagon. I know that they'll get it figured out. We've still got a few more races left before we had to really kick it into gear [for the Countdown to the Championship].

“We're just taking the luxury that we've been given [by the Countdown format] to go out and not be the most dominant car for most of the season and see if we can be the most dominant car for the last six races. I feel very confident and I think that you just have to stay the course. You don't get to be on top of the mountain by not having to climb up some obstacles.” 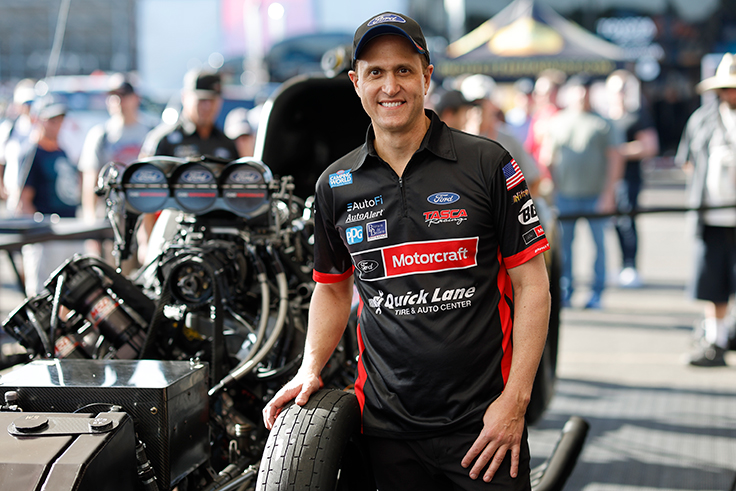 Tasca and crew chiefs Mike Neff and Jon Schaffer also made the tough decision to rebuild despite winning the season finale and finally saw the fruits of their labor with a big win in Sonoma, 12 races later.

“We won Pomona, but we were disappointed that we didn't run harder earlier in the Countdown, and we just needed to work on our setup,” he said. “We knew that we didn't have a setup to run with the other top cars.

“It's tough,” he admitted of the decision to take a step back to move two steps forward. “We have a very high expectation of our program, and you get championship-caliber people with you, especially with Mike and Jon leading the way, but they're methodical. We were prepared to sacrifice some early bumps in the road to end up where we are right now. We might have looked a little silly earlier this season, but we don't we don't look silly anymore. 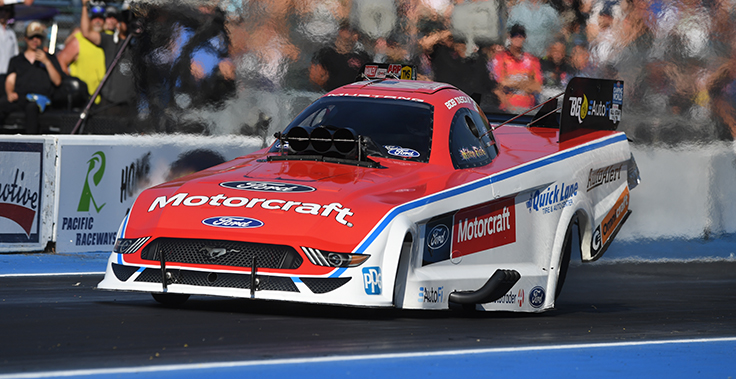 “We just worked really hard on getting the car to run early numbers [60-foot, 330-foot]. The hardest part to get these cars is running good early numbers. If you can get it to run hard early, you can tune it from 300 feet on. And that's where I think we have a really good handle on this car right now.

“Sonoma was an opportunity to show that because those are conditions that we're going to see at the end of the year. Clearly it was on mean in Sonoma. Counting Sonoma, that’s probably just our 10th run on that setup so, we have a lot of data that we can learn from as we go. I’m thrilled with the performance of this car, and I truly believe the best is yet to come.”