The regular season of the NHRA Camping World Drag Racing Series has officially passed the halfway point, and reigning Top Fuel champ Steve Torrence has not yet won a race. Although certainly frustrated, at least to an extent, Torrence is maintaining a clear view of the overall picture and channeling patience.
08 Jun 2022
Kelly Wade
Feature

The regular season of the NHRA Camping World Drag Racing Series has officially passed the halfway point, and for even the most casual observer, there is one glaring difference from recent history. Reigning and four-time Top Fuel champion Steve Torrence has not yet won a race. Although certainly frustrated, at least to an extent, Torrence is maintaining a clear view of the overall picture and channeling patience.

Remarkably, the eight-race stretch is the longest Torrence has gone without a win since 2016, when he experienced a 12-race dry spell between victories in Englishtown and the fall event in Las Vegas.

The weekend in New England showed Torrence and his CAPCO Contractors team that they are definitely on the right track as they claimed their second No. 1 qualifier award of the season with the New England Dragway track record for elapsed time on a 3.664-second pass at 329.40 mph. 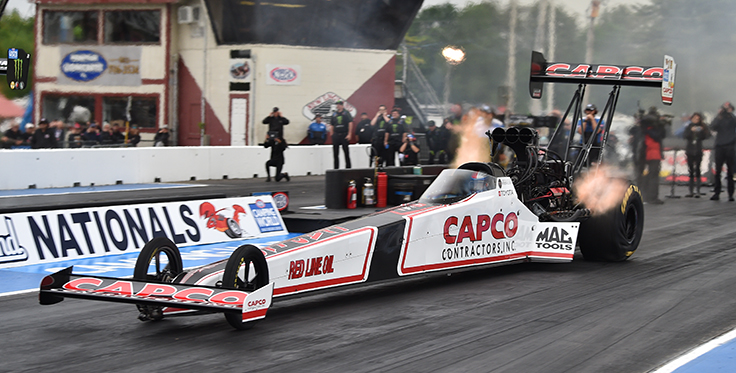 “That was super satisfying and extra special for us,” said Torrence. “We’ve been working really hard at trying to get the car to run quicker and to run more mile per hour, and we haven’t really pinned it down just yet. So, to go out there and run the way that we did – that’s a good feeling. It’s something we needed to give ourselves a little boost in the arm.”

Looking back at the now-51-time Top Fuel winner's history, it's clear that he has had to call on patience before. The 2012 season brought Torrence his first three wins, and in 2013, after a win at the NHRA Thunder Valley Nationals in Bristol, the native Texan stepped unwittingly into a stretch of 51 races without a final-round win light. He did not return to the winner's circle until Denver 2015.

But as the years progressed, Torrence picked up steam. He won three times in 2016, claimed eight trophies the next year, and was perfect in 11 final rounds to plump his trophy collection along the way to his first world title in 2018. Torrence won nine the following season and four in the pandemic-altered year that followed, and last year, he and his team were strikingly dominant with 11 wins in 20 races. 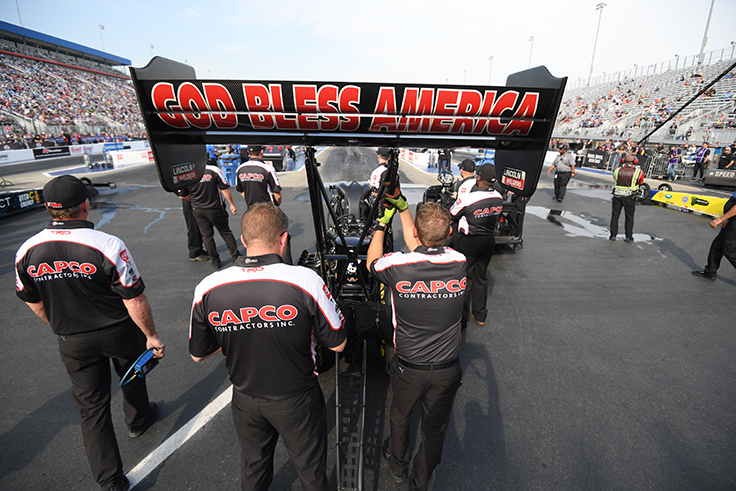 Although he came to this year's NHRA New England Nationals perched in the No. 2 position in the points, Torrence and his team were still longing for a return to the winner's circle. The group's collective elation after qualifying on the pole in Epping shifted brutally to dejection when Torrence was up in smoke in the opening act of eliminations, handing part-timer Scott Farley his first Top Fuel round win.

Torrence hasn’t been far off of victory; he was runner-up to Brittany Force in Las Vegas and again in Richmond, and he temporarily moved into the points lead, but leaving New England, he’s found himself in the unfamiliar No. 3 position in the standings.

“Everyone is talking about how we haven’t won a race yet, but the car is running reasonably well, just not how we have in the past,” he said. “We’ve found some things that we think are better, we’re working on them, and we’ll see if they have the consistency we’re used to and want to have.” 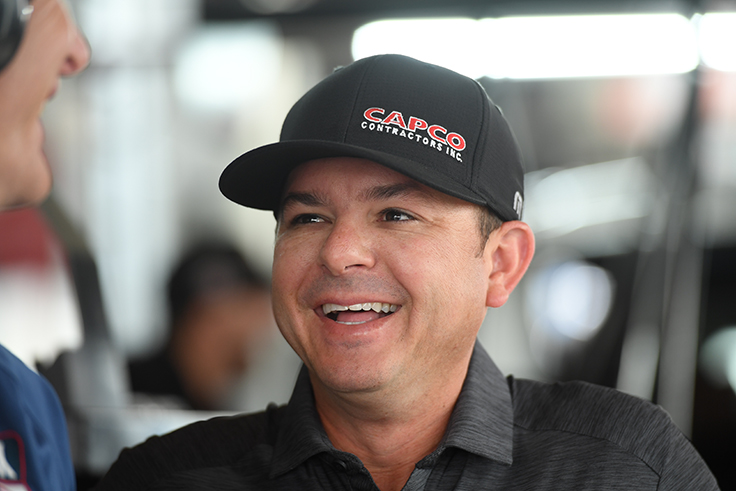 He went on to explain that much of the solution to their current status comes down to power. The CAPCO team has been focused on gathering elapsed time early in the run, and their performance last weekend showed the results. Now, they’re working on getting up to speed downtrack.

“We’ve made big steps towards that,” said Torrence. “To go out there and run that 329 next to Brittany – we’re creeping up on it. Those guys have led the pack. They’re the ones that made us have to get that speed up out the back.”

The powershift boils down to change, according to Torrence, and he and “dem CAPCO boys” are diving in, despite the discomfort.

“With the success we’ve had over the last five years and the way the car has run, it’s difficult to set that down; it's difficult to say, 'Well, what we had worked so well and won four championships,' ” he admitted. “But we needed to do something different.

“When you have an expectation of performance and it’s not there week in and week out, it can be a little frustrating, maybe a little disheartening, but you know it’s for the greater good. Everyone out here is constantly changing, they’re trying to do something more. We had it figured out for so long that we didn’t change, but you have to change or get left behind. We’re working on that, and we’re pleased with the way things are trending with our performance.”