Cameron Ferré nearly claimed glory at the Circle K NHRA Four-Wide Nationals at zMAX Dragway, but it's been a long and sometimes tough road to the present, with sacrifices that he's happily made.
11 May 2022
Kelly Wade
Feature

As the NHRA Camping World Drag Racing Series heads to the Richmond area for this weekend's Virginia NHRA Nationals, there are names on the entry list that stand out – some because they have become synonymous with success, and others because they represent a group of individuals who have yet to know victory but believe wholeheartedly in its possibility.

That's why they're there.

A longshot success story is one that speaks to the masses as it issues a reminder that anything is possible, even in the most competitive arenas. This past weekend, a horse named Rich Strike entered the 148th Kentucky Derby with 80-1 odds to win and became the second-biggest upset in the history of the famed Run for the Roses at Churchill Downs. 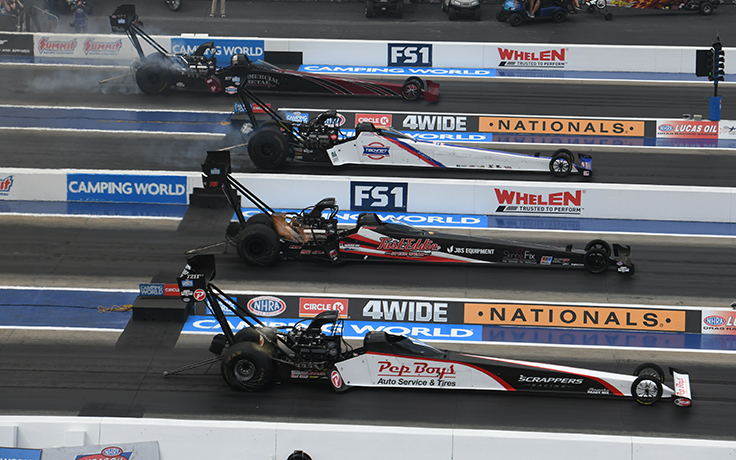 "It was just huge," said Ferré, who finished runner-up at the Circle K NHRA Four-Wide Nationals at zMAX Dragway. "You work so hard at trying to do this for so long, and to get that far just shows us that we can do this, we should be here. We have the chemistry and the magic. I'm ready to keep it going."

Ferré's story may not yet be punctuated with a Top Fuel trophy, but his is one of small victories that started when he was a BMX-riding California Kid. Ferré's vision for the future was cast when he was 8 and accompanied his father, a custom painter, to deliver a helmet at Auto Club Raceway at Pomona.

"That was the first time I saw Top Fuel," recalled Ferré. "All I needed was to see one pass, and I was hooked. I told my dad, 'I'm going to do that one day.' He just chuckled, but when I saw the Jr. Dragsters on display, I knew that was where we were going."

Ferré's father told him he'd have to mow a lot of lawns if he wanted to get into drag racing, but the ambitious child landed on another, more effective path: He leaned into a career in acting. Ferré played the role of Pudge in the 1998 film Jack Frost and continued to pick up work in the industry here and there. He was 13 when he had built up enough financial independence to go racing.

"Everybody dreams of being an actor, but I always dreamed of being the next Larry Dixon. I wasn't going to take no for an answer, even as a kid," said Ferré, who won a national championship as a Jr. drag racer and claimed his first national event trophy in Super Comp at the NHRA Finals in 2012. He's twice been runner-up in a Top Alcohol Dragster A/Fueler and has driven a nostalgia car in the NHRA Hot Rod Heritage Racing Series.

It was 2016 before he was able to license in the Professional nitro class and make his Top Fuel debut with the help of friend and former co-worker Todd Paton and the Paton family. Ferré raced one event in his first season, the fall race in Charlotte, and in 4.138 seconds, he realized that what he had been dreaming of was possible. Ferré claimed a stunning first-round upset over eight-time champion Tony Schumacher.

With funding at the root of the matter, Ferré entered a lone event in 2018, but for 2019, he was full-bore into the schedule with Terry Haddock as his team owner and tuner. 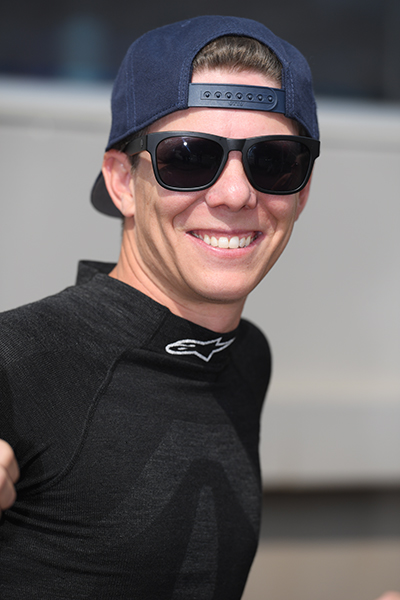 "I learned how to race that year, and I learned how I want to race," said Ferré. "It's really hard to get out there and even be in the seat. I learned a lot about how things work and about my competitors – all the rookie things that you have to pick up along the way. You find out that all the little stuff matters when you get to this level."

With the 2020 schedule greatly impacted by COVID-19, Ferré raced only seven events, but in 2021, he came back for five and reached the semifinals at the season closer behind the wheel of the Paton family's Top Fuel dragster. A 10-race deal was made with a sponsor for this season, but a change in the company's marketing direction left Ferré without funding just as the season was coming into view.

Ferré didn't hang his head and leave, however. The race in Charlotte two weeks ago required a mad hustle and resourceful thinking, but that final-round finish reignited the flame of possibility for Ferré. While he's not on the Top Fuel entry list for this weekend at Virginia Motorsports Park, he's planning a return next month at Bristol Dragway, if not sooner if all the pieces fall into place.

"Sometimes it's hard. Most people just see the social media version of you, but there are times where it can be really dark, times when you start to question if this is possible," he admitted. "I didn't grow up in drag racing, I don't have a sponsor. But I've never failed at anything in my life, and I don't plan on failing at this. I use the setbacks as motivation. It may take me a little longer than the next guy or gal, but it's inevitable. I'm bound and determined to make this work."