Titan Racing Engines: Standing on the shoulders of giants

Pro Stock rookie Camrie Caruso hasn't wasted any time in showing her capabilities, setting top speed at her first race and grabbing a pair of round-wins at her next two, and a large part of that can be attributed to the Titan Racing Engines power beneath the hood of her Camaro.
17 Mar 2022
Kelly Wade
Feature

Camrie Caruso hasn't wasted any time in showing her capabilities in the NHRA Pro Stock ranks, and a large part of that can be attributed to the Titan Racing Engines power beneath the hood of her Right Trailers/Powerbuilt Tools Chevrolet Camaro. Caruso has qualified in the top half at each of the first three races, and she's claimed round-wins in two of the three events. That's a fairly remarkable feat for a newcomer to the class in which large quantities of horsepower must first be found and then precisely applied to sometimes-temperamental racing surfaces.

Out of the gate, Titan Racing Engines claimed top speed of the meet with Caruso at the Lucas Oil NHRA Winternationals presented by ProtectTheHarvest.com in Pomona on a strong 210.90-mph pass.

"The engines just seem to get progressively better, and that's exactly what you need in this class," said Caruso, who affectionately refers to her Chevy as “Marge.” 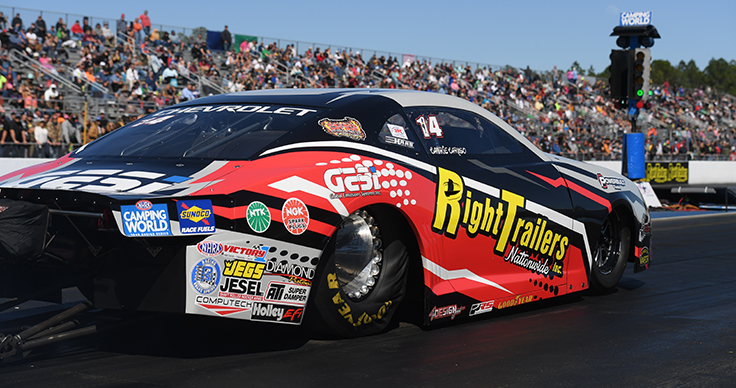 The progress of their program makes sense when you start peeling back the layers of Titan Racing Engines, which is partly owned by Pro Mod racer and businessman Eric Latino. The building and all of the machinery inside of it formerly belonged to Gray Motorsports. The very machinery used to hone the blocks and dyno the engines that Caruso races with is the same that was used to dial in the engines of 2018 Pro Stock world champion Tanner Gray.

Along with the building and the machinery came what may be their most beneficial asset: a pair of championship engine builders who worked with and learned from some of the most legendary Pro Stock engine builders and drivers in history. 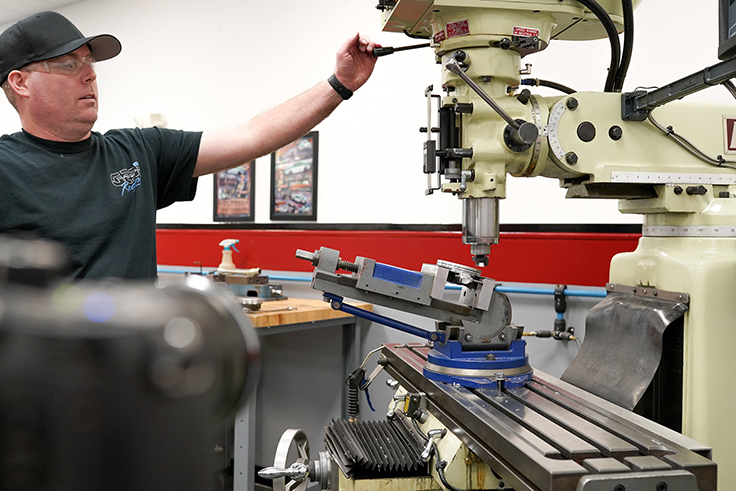 The two first brought their respective skills together in 2013, when Gray Motorsports – where Smith was employed – merged with Cagnazzi Racing, which Johns called home.

"It was odd for all of us in the beginning," said Smith, who operates the dyno. "Steve came over with Kevin [Wideman] from Cagnazzi's, and Paul [Hoskins] and Dan [Cordier] came from Mike Edward's engine shop. You had three Pro Stock engine shops that, throughout the years, tried to keep everything away from each other. There was some time in the beginning where everybody wanted to hold their own cards, but we all came to realize that we were there for the same purpose."

After Gray stepped out of Pro Stock ahead of the 2019 season, the engine shop continued to operate with just Smith and Johns. These days, in addition to Pro Stock power for Caruso and select racers in Europe, they keep busy building engines for dirt and asphalt late-model circle track customers, a Comp eliminator customer in Australia, and all of the Stock eliminator entries owned by Victor Cagnazzi (Johns, Jeff Strickland, and Cagnazzi each drive one). 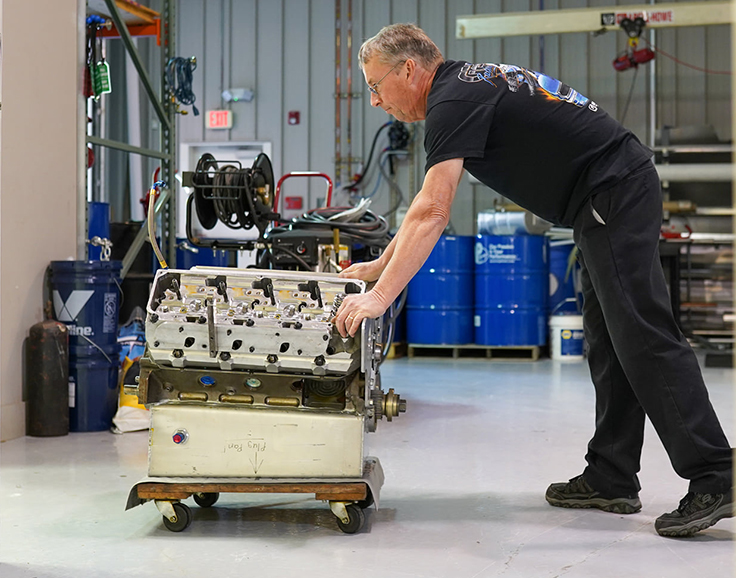 "Steve and I kind of complement each other. He's an excellent machinist, and he picks up where I lack – I do the EFI [electronic fuel injection] tuning and computer stuff and pick up where he lacks," said Smith, who also operates the dyno.

Both of the builders bring championships to the table. In addition to the one earned together for Gray, Johns was part of multiple championship seasons with Cagnazzi Racing and driver Jeg Coughlin Jr. He also has a championship of his own as a driver earned in 1992 in Comp eliminator.

Although it's still very early in her rookie season, Caruso is beginning to reap the rewards of being surrounded by championship builders and drivers.

"I feel really comfortable in the car," said Caruso, who scooped up two-time NHRA Pro Stock world champion Jim Yates as her crew chief in preparation for her debut season. "We made probably 50 or 60 runs before we event went to the Phoenix test session, and we really took a lot of time over the winter to get comfy with the car and everyone." 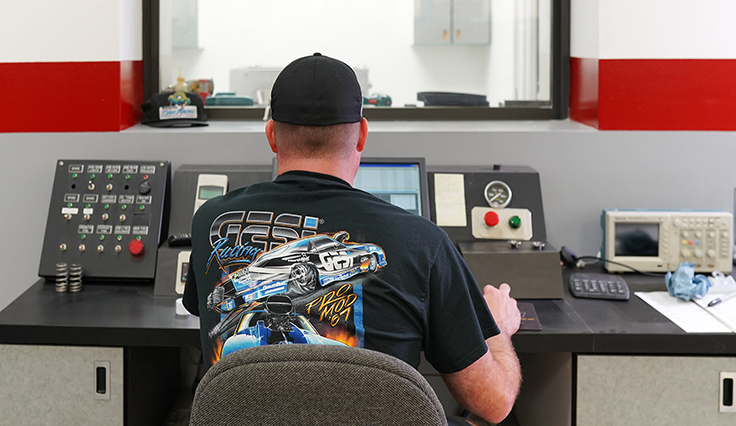 Caruso, who is just the seventh female to race NHRA Pro Stock, is the third woman to ever win a round in the class historically dominated by male drivers. Lucinda McFarlin was the first to see a Pro Stock win light when she defeated Don Beverley in round one in Memphis, Tenn., in 1992, and four-time class champion Erica Enders, now a 34-time national event victor, won her first round in Reading in 2005.

With Titan Racing Engines, 23-year-old North Carolina-transplant Caruso is already showing she can run with the big dogs, both male and female. The engine shop is proud, but as is true for any high-performance engine builder, they're definitely not satisfied.

"You're never really pleased; you always want more," admitted Smith. "We'd obviously love to have 20 more [horsepower], but that's not easy to come by in Pro Stock. We're seeing decent results on the track, so I guess you could say that we're as pleased as we could be. But If we were outrunning everybody else by a couple-hundredths down the back, then we'd be really pleased."