Ten unforgettable moments from the 2022 season

The 2022 season was filled with so many dramatic moments, historic victories, and milestone performances, that it's hard to remember them all but that didn't stop the National Dragster/NHRA.com crew from taking a quick trip down memory lane to recall some of our favorite moments from the past 12 months.
07 Dec 2022
Kevin McKenna, NHRA National Dragster Senior Editor
Feature

The 2022 season was filled with so many dramatic moments, historic victories, and milestone performances, that it's hard to remember them all but that didn't stop the National Dragster/NHRA.com crew from taking a quick trip down memory lane to recall some of our favorite moments from the past 12 months. 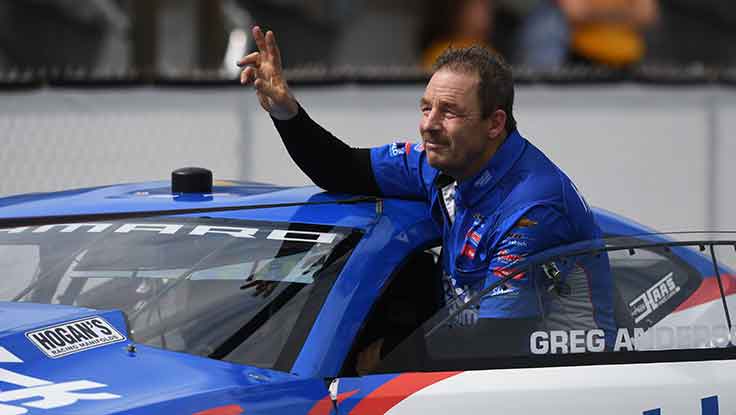 Last season, Greg Anderson became Pro Stock’s all-time victory leader when he won his 97th event, passing previous leader Warren Johnson. Anderson hit another milestone this year when he claimed his 100th victory, joining a very short list of NHRA drivers that includes John Force, Dan Fletcher, Frank Manzo, and David Rampy. Anderson picked the right place to score win No. 100, as he did it on the sport’s biggest stage at the Dodge Power Brokers NHRA U.S. Nationals. Anderson wasn’t able to defend his title, but he did finish the season with a second win at the Auto Club NHRA Finals in Pomona, pushing his career mark to 101 wins as Ken Black, his longtime team owner, announced his retirement. 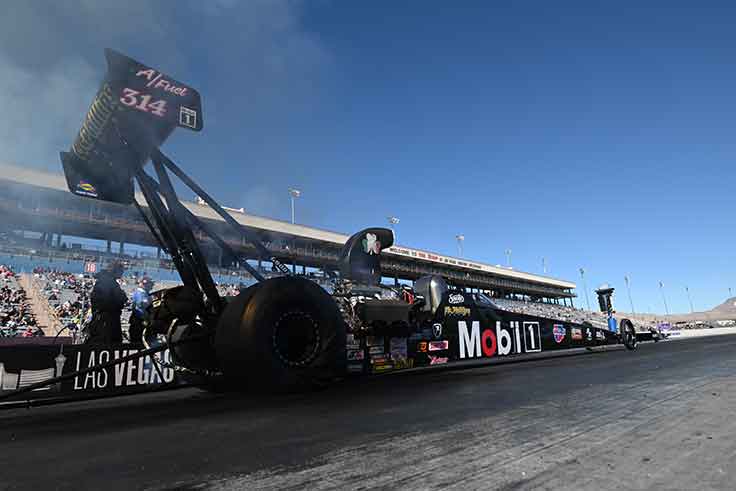 A championship-winning racer in NASCAR, IndyCar, and USAC, Hall of Fame driver Tony Stewart took on a new challenge this season when he made his debut as an NHRA Professional team owner with drivers Leah Pruett and Matt Hagan in Top Fuel and Funny Car, respectively. The new TSR team was successful, as both drivers won events and Hagan was in contention for a championship until the final event of the season. Stewart wasn’t done, though. He also got behind the wheel of the McPhillips family’s injected nitro Top Alcohol Dragster and made his debut at the fall Las Vegas event. To no one’s surprise, he made the final in his debut, falling just .0002-second short against first-time winner Madison Payne. 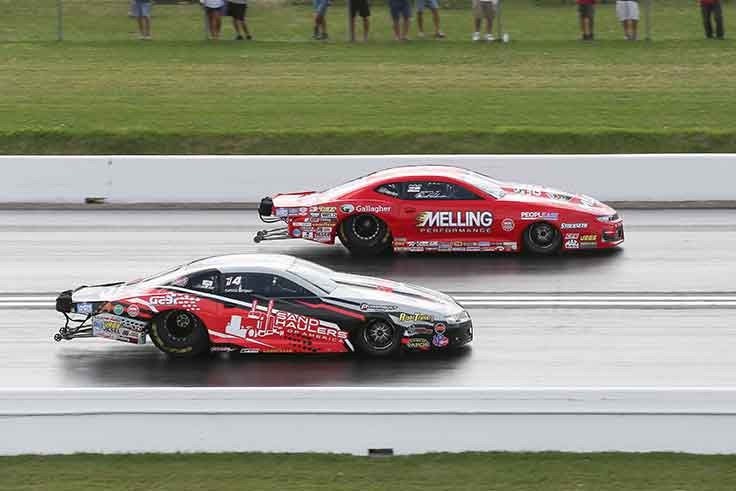 When it comes to female drivers, NHRA has a long and rich history that is unrivaled in all of motorsports, but one milestone that had not been achieved prior to 2022 was an all-female Pro Stock final. That bridge was crossed in Houston when Erica Enders took on rookie Camrie Caruso in one of the most anticipated matchups of the year. While Enders had the dominant car for most of the season, Caruso was the low qualifier at the event and figured to have a fighting chance against the (then) four-time world champ. Caruso even grabbed a slight lead at the start, but Enders was too strong with a 6.56 to 6.62 win in what figures to be the first of many competitive battles between the two.

STANDING ROOM ONLY AT THE GROVE 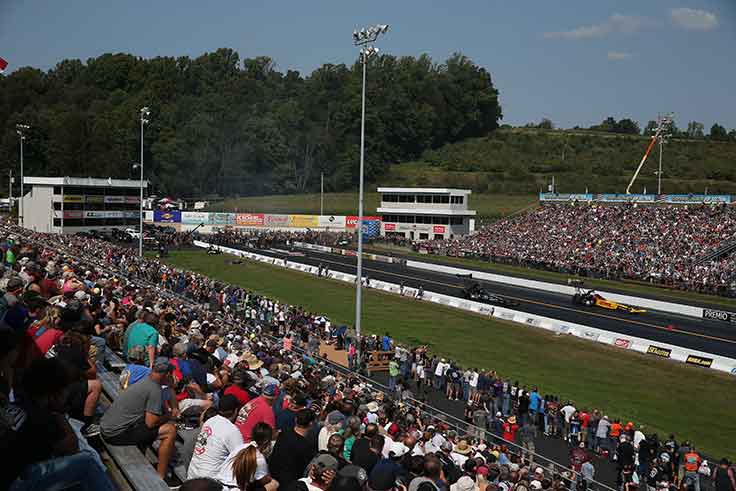 Big things were expected when former Pro Stock and Top Fuel racer Kenny Koretsky and his family announced the acquisition of historic Maple Grove Raceway early in the 2022 season. The Koretsky family delivered as promised with what could only be described as an event for the ages. Blessed with four days of fantastic weather, fans turned out in droves, selling out reserved seating on Saturday and Sunday. The fans were also greeted with a facility that had undergone a multitude of upgrades and improvements, including everything from lighting to parking to more concession options. The race also proved to be a perfect kickoff to the Countdown to the Championship as Austin Prock, Robert Hight, Erica Enders, and Joey Gladstone earned Pro titles.

HEY, I’M CALLING YOU OUT! 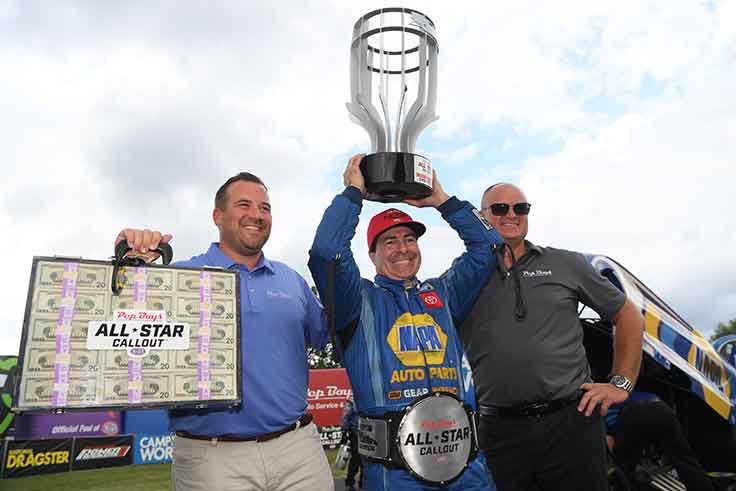 New to NHRA racer and fans, the Pep Boys NHRA All-Star Callouts for Top Fuel and Funny Car proved to be a big hit this season, as the top points earners in the nitro classes not only got a chance to race for big money but also got a chance to choose their opponents, thanks to the unique callout format. The Top Fuel portion took place in Gainesville, although the final two rounds were moved to Indy due to rain. Reigning champ Steve Torrence collected the top prize when he beat Brittany Force in the final. In Funny Car, Ron Capps bagged $80,000 when he stopped Matt Hagan. One driver who embraced the callout format was low qualifier Robert Hight, who decided to pick on Bob Tasca III, who had been red-hot coming into the event.

THE BEST WAY TO LOCKE UP A CHAMPIONSHIP 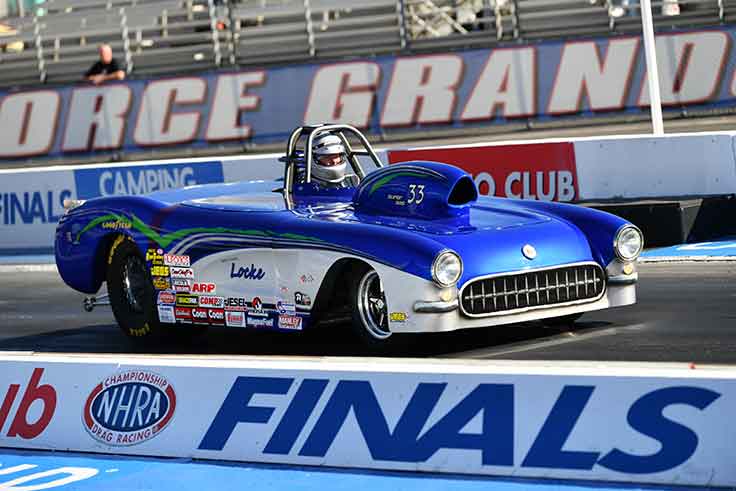 Super Gas racer Bob Locke might just have had the most difficult route to a championship of anyone in the NHRA Lucas Oil Drag Racing Series. Locke wasn’t a title contender until well into September, and even then, he was a longshot at best. Locke came into the season-ending Auto Club NHRA Finals in a unique position, as he had to win the race in order to claim the title. Locke had previously never won a national event, and the Division 3 racer was not familiar with most of the opponents he faced. None of that proved to be too much to overcome as he won six tough rounds to win the race and earn the No. 1 ranking in what is easily one of the toughest classes in the sport.

LET ME INTRODUCE MYSELF (PART 2) 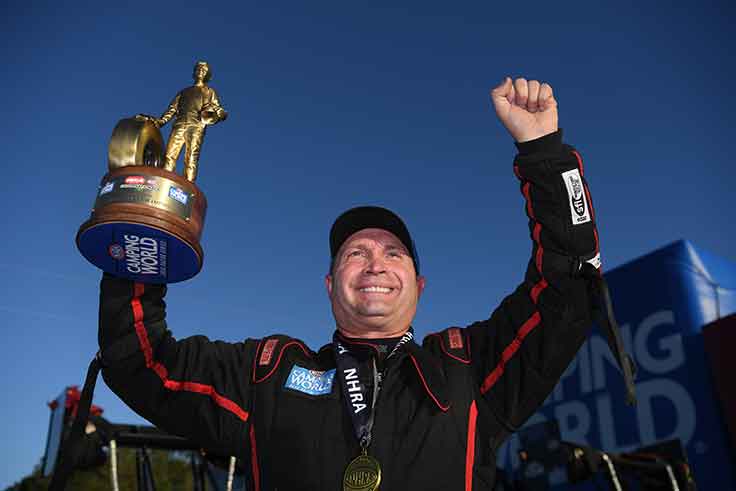 In 2021, Josh Hart got acquainted with NHRA fans in the best way possible when he won the Amalie Motor Oil NHRA Gatornationals in his Top Fuel debut. This year, Tripp Tatum pulled off a similar feat when he won the Gainesville event with a dominating performance. While the NHRA Gatornationals was not Tatum’s Top Fuel debut, it certainly served to show how competitive he could be with a string of 3.6s in his dragster, which was built by the Lagana brothers and tuned by John Stewart. Tatum ran just a few other events but was competitive wherever he went. He was also one of nine different Top Fuel victors in 22 races this season.

DOMINATION, THY NAME IS ERICA 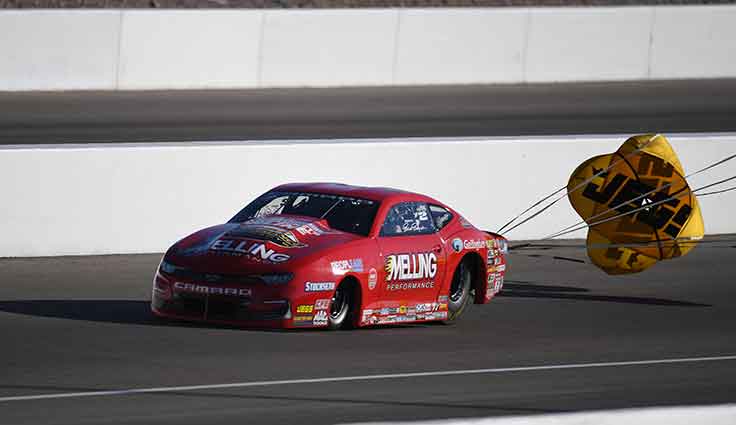 Coming off a disappointing second-place finish last season, Erica Enders was determined to have a better year in 2022, but even in her wildest dreams, she probably could not have imagined the success she had this year. Enders won 10 of the 19 events where Pro Stock was contested and never really had to sweat winning her fifth championship, as she also won four of the six races held during the Countdown to the Championship. Enders also set the Pro Stock elapsed time record in Gainesville with a 6.450, marking the first time that a fuel-injected Pro Stock car had run quicker than its carbureted predecessors. In the end, Enders won her fifth title by a landslide, finishing 242 points ahead of Greg Anderson.

STOFFER VENTURES WHERE NO MAN (OR WOMAN) HAD GONE BEFORE 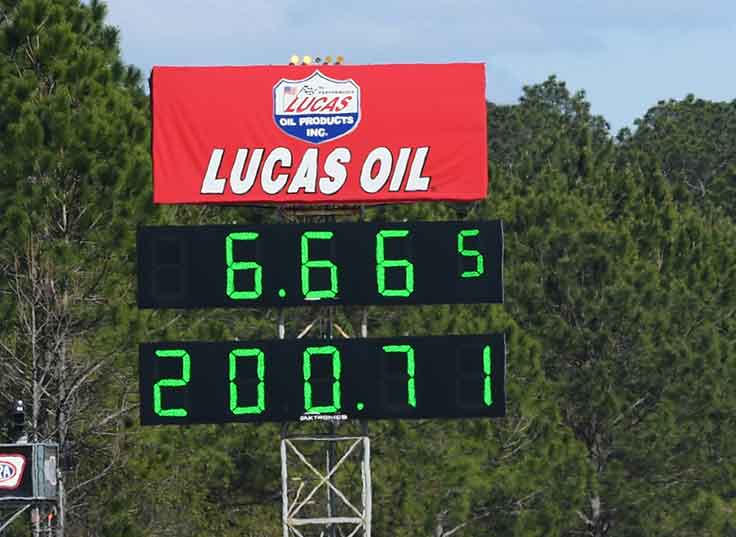 Performance gains in the Pro Stock Motorcycle class have been tough to come by in recent years, but the combination of prime weather conditions and a new four-valve cylinder head opened the floodgates this year in Gainesville, and Karen Stoffer was the first to kick down the door. Due to rain, NHRA’s two-wheel racers did not get an official qualifying run, but that was not a hindrance for Stoffer, who uncorked a 6.682 in her round-one win over Jimmy Underdahl. As if that wasn’t enough, Stoffer rode her Big St. Charles/Skillman Auto Group Suzuki to a 6.665 in round two against Eddie Krawiec. She finished off the rout by beating Angie Smith in the final round. 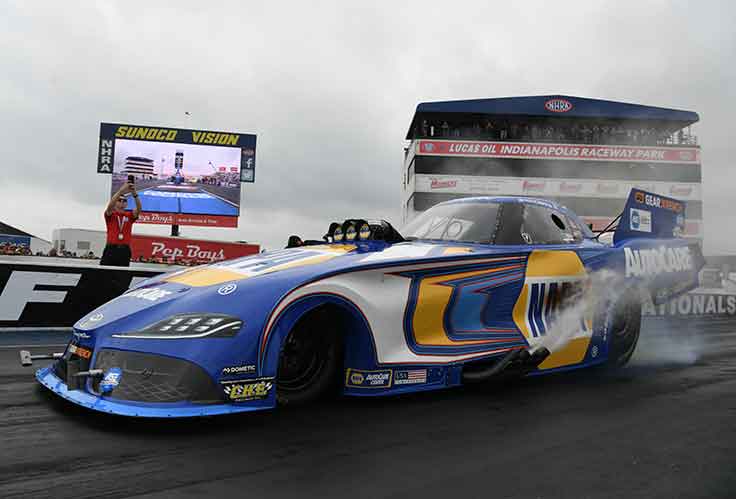 Technically, Ron Capps had won events at Lucas Oil Indianapolis Raceway Park, but he was not a NHRA U.S. Nationals winner until he stopped Robert Hight in the Funny Car final this past Labor Day. Capps didn’t just win Indy, the soon-to-be three-time champion dominated with a performance that also included a win in the Pep Boys NHRA All-Star Callout event earlier in the weekend. Capps made three straight 3.88 runs on race day before finishing the job with a 3.91 in his NAPA Toyota. By our count, Capps made 21 previous starts at the Big Go before finally finishing the job this time around.