A self-described slow starter in her Pro Stock Motorcycle career, Angie Smith has been determined to change that to open the 2022 NHRA Camping World Drag Racing Series season, and she’s done just that through the first three events of the year.
13 May 2022
Posted by NHRA.com staff
Feature

A self-described slow starter in her Pro Stock Motorcycle career, Angie Smith has been determined to change that to open the 2022 NHRA Camping World Drag Racing Series season.

She’s done just that through the first three events for the motorcycles, advancing to the final round at the first race of the season and currently sitting fifth in points on her Denso Auto Parts Buell heading into this weekend’s Virginia NHRA Nationals at Virginia Motorsports Park.

A victory would certainly keep that momentum rolling, and Smith is beyond thrilled with the progress her team has made to open what has been a very competitive 2022 campaign in Pro Stock Motorcycle.

“I couldn’t have asked for a much better start,” said Smith, who has two career wins in the class. “It’s been huge for me because I’ve never started off this well before. I’ve always told people I don’t really show up to race until [later in the season]. We showed up in Gainesville, and that was good for me. We fixed a problem on the bike in the offseason, and that’s given me a lot of momentum and confidence. I know I’ve got a good motorcycle and a fast motorcycle, and I have all the confidence in the world in our team and program. For as many good bikes as there are in this class, I’m happy to be in the place we’re in right now.” 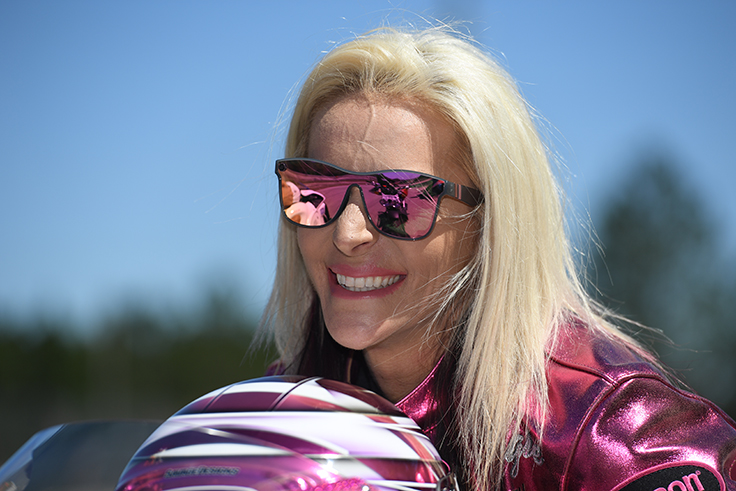 The stop in Virginia is the fourth during the 2022 Pro Stock Motorcycle season and will be broadcast on FOX Sports 1 (FS1). Steve Torrence (Top Fuel), Ron Capps (Funny Car), and Andrew Hines (Pro Stock Motorcycle) won the last time the NHRA visited Virginia Motorsports Park, but no rider in the PSM category on this weekend’s entry list has ever won in Virginia. Smith will look to change that and pick up her first victory since winning in Las Vegas to close out the 2020 season.

But she’s certainly been close this year, losing to Karen Stoffer and her record-breaking weekend in the final round in Gainesville. She’s also qualified well at each race and advanced to the second round at the four-wide event in Charlotte. In the midst of three races in a four-week stretch for the class, Smith hopes that keeps her in a good rhythm heading into the weekend.

She also had nothing but praise for the track surface in Richmond, which is regarded as one of the best on the NHRA circuit. That could lead to standout performances, and Smith is ready to rise to the challenge, even as she takes on a top-tier field that includes points leader Steve Johnson, who has won back-to-back races, her husband and defending world champ, Matt Smith, Stoffer, Eddie Krawiec, Joey Gladstone, and Jerry Savoie.

“It’s very good to have several races in a short span because it gets you acclimated with the bike,” Smith said. “I really like going to Virginia. We’ve tested there a lot, and that track is really awesome. I love the surface, and they’ve done a phenomenal job there, so I’m really glad we’re going back there. A smooth surface means fast runs for a bike, so that’s very good for us. We’re just trying to find more horsepower, but we’re looking forward to the weekend and being back in Virginia. I think we’ll do well. The track is so good, we’ll have a good plan right out of the box, and hopefully, we can lay down a good number and go from there.”