Reigning NHRA Lucas Oil Top Alcohol Funny Car champ Sean Bellemeur got his title defense started at the Winternationals, not in the familiar Bartone Bros./Killer Bs car that he usually drives but in the family flopper that he hasn't raced since 2019.
05 Mar 2022
Kelly Wade
Feature

Sean Bellemeur is excited. Let's be honest: The exuberant second-generation drag racer is always excited. Bellemeur is particularly over the moon, though, to start his championship defense — the third of his Top Alcohol Funny Car career — at the upcoming Amalie Motor Oil NHRA Gatornationals. In preparation for the 2022 debut of the powerfully efficient Bartone Bros. Hussey Performance beast, Bellemeur got a fair amount of seat time in another ride — his family's Mastercam-branded Alcohol Funny Car.

"Dad and I dusted the ol' girl off and brought her back out," he said with his signature wide grin after making his first pass of the weekend at the Pomona season opener. "Last time we raced the car was Seattle of 2019, so it's been a while. But the car is talking to me, I'm talking to it, and we're getting reacquainted with each other. It sounds weird because a lot of people think it's just a race car – but let me tell you, every single car has a personality."

Bellemeur has long been familiar with the process of getting to know a race car. His dad, Gregg, was an avid racer in the 70s and either drove or partnered on everything from AA Fuel Altered to Top Alcohol Dragster and Top Alcohol Funny Car. Further cementing his fate, Bellemeur's mom, Nancy, was the office manager at Orange County Int'l Raceway. The kid didn't have a chance. 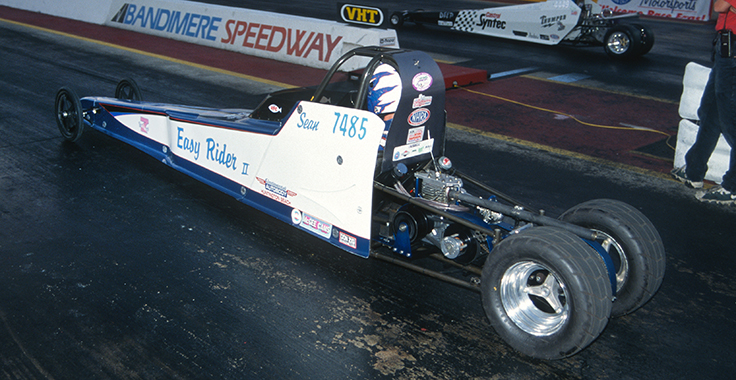 As a child, Bellemeur would dress in his dad's firesuit and helmet for Halloween, and he was obsessed with observing the routines of the drivers from his seat in the push truck. Bellemeur absorbed it all and made his own debut in the Easy Rider II Jr. Dragster (named after his father's Easy Rider Fuel Altered) right around his 13th birthday.

A handful of years later, Bellemeur catapulted from Jr. drag racing to a blown front-engine Nostalgia A/Fuel dragster that he and his family built. From there, he moved into the High Speed Motorsports nostalgia Top Fuel dragster, then made his way into the squirrely, short wheel-based world of Top Alcohol Funny Car in both his family's car and the Ron Meer-owned, Bob Devour-tuned entry. 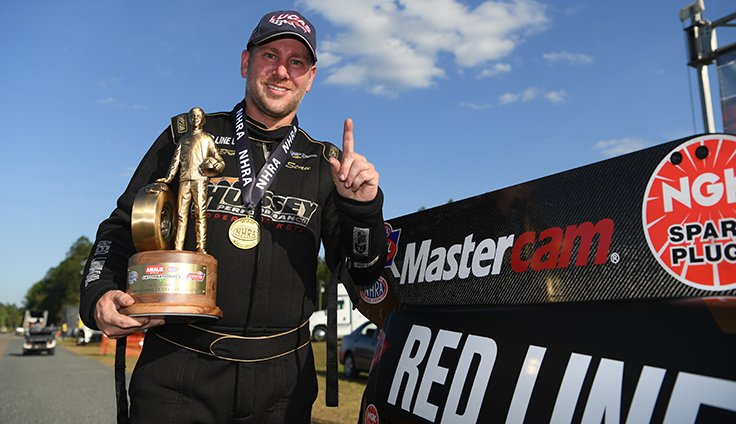 Success was experienced along the way to the joyful ride he now experiences in the Tony Bartone-owned car with masterful tuner Steve Boggs on the wrenches. Bellemeur claimed six national event wins in 2021 en route to the championship, including a triumph at that season's opening act, the Gatornationals.

Throughout all of his accomplishments, the ones experienced in the family race car have stood out.

"We've won some regional events with it, and the last time we had it out, we really changed the combination around," Bellemeur recalled. "Out of the box, we went 5.47 at 268 mph, and it was No. 1 qualifier. Just seeing that look on my dad's face, it was like we finally turned that corner after being stuck in the low- to mid-5.50s for years. Breaking that barrier in Seattle that year was big." 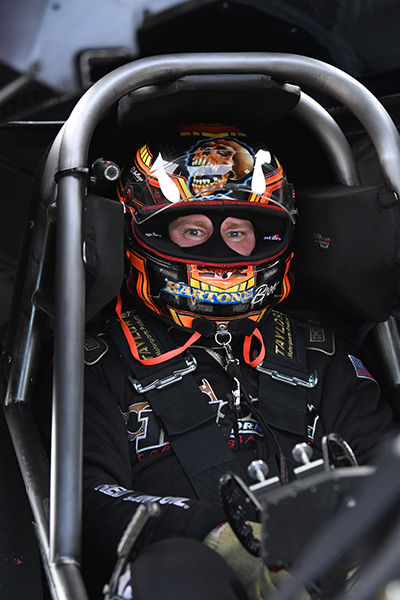 The Gatornationals is traditionally where the Killer Bs would begin their season, based on the fact that Bartone calls the Eastern region of the United States home, but an adjustment to the rules allowed Bellemeur the opportunity to start early with his Winternationals go in the family's car. Although he didn't see any win lights on Sunday, Bellemeur was still pleased with the experience.

"It was great to be back with the family again at home, thanks to NHRA changing the rules and allowing us not to claim points [at the Winternationals]," said Southern California native Bellemeur. "It didn't mess with the points structure for Tony Bartone's car, the weather was good, the family was happy, and my girls [wife Ashley and their three daughters] were running around together. It was a good weekend.

"It was huge just getting back in the car, putting my firesuit back on, seeing the Christmas Tree, doing a burnout again. All of it was as big of a test session for me as anything as we prepare for the Gatornationals with Bartone. I'm ready."