Robert Hight determined to get back in championship form at hometrack

Starting the 2022 season of the NHRA Camping World Drag Racing Series at Auto Club Raceway at Pomona marks the return of a tradition that just feels right to most everyone, but particularly to SoCal native Robert Hight.
17 Jan 2022
Kelly Wade
Feature

Starting the 2022 season of the NHRA Camping World Drag Racing Series at Auto Club Raceway at Pomona marks the return of a tradition that just feels right to most everyone, but particularly to SoCal native Robert Hight, who flies the colors of the Auto Club of Southern California on his Chevrolet Camaro SS Funny Car.

"I'm super excited, especially after the year we had last year," said Hight, who won two races in four final rounds but was No. 8 in the 2021 Funny Car standings after a year plagued with uncharacteristic inconsistency. 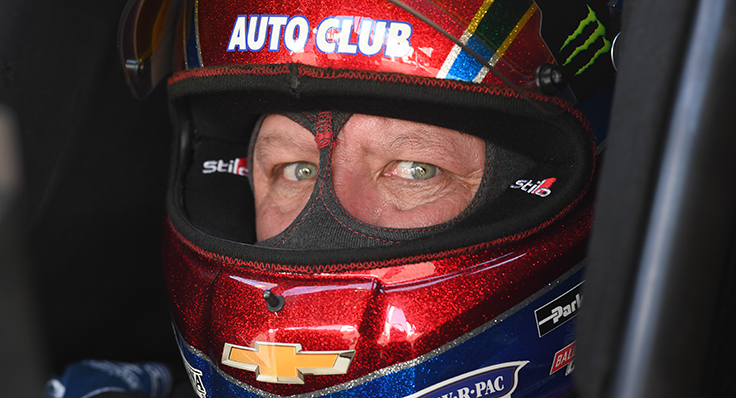 "That wasn't typical of our team," he said. "We've made a lot of changes since then, so I'm really looking forward to getting back at it – and especially to starting the season at Auto Club Raceway at Pomona. That's where the season should always begin and end."

The veteran nitro racer with 17 years of experience behind the wheel is most driven by the memory of his best season to date, which took place in 2019 when he ultimately earned a third NHRA Funny Car championship with six victories in nine final rounds and eight No. 1 qualifier awards. The springboard for that prosperous season was a win at the season-opening NHRA Winternationals.

"It was big for us, and I keep looking back at that. It was only two years ago, and I want to get back to that," he said.

Hight's history at Auto Club Raceway at Pomona includes a total of five Funny Car triumphs (four Winternationals wins and one trophy scored at the Auto Club NHRA Finals). He also holds the track record for speed in the Funny Car division with a 336.99-mph pass clocked at the first race of the 2018 season. 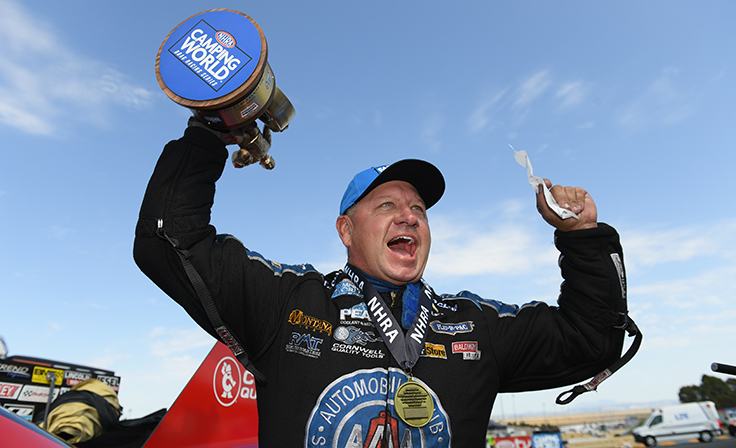 "It's hard to put your finger on why you do well at certain races and struggle at others," admitted Hight. "Things change so much from year to year, so I think a lot of it is mental. If you have the right mental attitude going into a race and know you have everything it takes to win, you're fired up. And I think that carries over into success.

"When it comes to the Winternationals at Auto Club Raceway, it's important to get off to a good start in Funny Car, because the competition is so tough. You can't have the attitude that you don't have to do really well until the Countdown [to the Championship], because that is not the case anymore. Every race is important, right from the start."

That should be no problem for Yorba Linda, Calif.-based Hight at this year's Lucas Oil NHRA Winternationals presented by ProtectTheHarvest.com. The Auto Club team has repeatedly proven their competence, most recently following crew chief Jimmy Prock's return with veteran tuner Chris Cunningham by his side in 2017. Hight and his stabilized group earned the championship that season and in 2019 with a No. 2 finish sandwiched between. 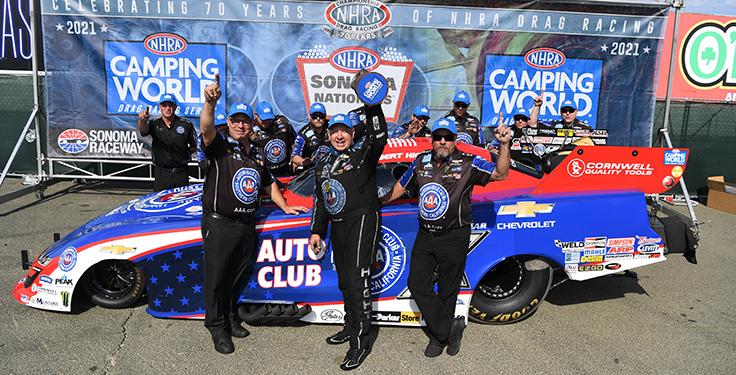 The John Force Racing camp sat out the pandemic-impacted 2020 season and went to battle in 2021 to regain their footing. The offseason has centered around a methodical plan of attack as the first race of the new year quickly approaches.

"One thing we've focused on this winter is really looking at why we lost certain races; why we struggled," said Hight. "Because that's not normal for us. We're usually a threat to win every race we go to. So instead of focusing on changing our whole combination, we've focused on determining what was good and what was bad, on keeping what worked and fixing what didn't.

"There isn't a team out there thinking we're done and forgot how to race. We have everything in place to win again. We still have what it takes."