Retirement rescinded, it's been a unique year for nitro veteran Rahn Tobler

Rahn Tobler was supposed to have retired, but early this year, the multi-championship-winning nitro tuner had a change of heart. It has been a unique season of learning for Tobler, just as it has been for his new charge, young John Force Racing Top Fuel driver Austin Prock.
11 Oct 2022
Kelly Wade
Feature

Rahn Tobler was supposed to have retired. With four world championships and a plethora of race wins under his belt, the well-adorned crew chief had earned his stripes and his time in the sun. Fond goodbyes were exchanged, and Tobler made his way west just before the start of the 2021 season. But early this year, he had a change of heart. That return to racing has come with a set of challenges unlike those he has faced before. It has been a unique season of learning for Tobler, just as it has been for young John Force Racing (JFR) Top Fuel driver Austin Prock.

Tobler was tempted out of retirement when it became apparent that Prock would return to the seat of a JFR Top Fuel dragster with revived sponsorship. Tobler relished the opportunity to work alongside Prock and co-crew chief Joe Barlam, as well as with Jimmy Prock — a friend, Austin's father, Robert Hight's crew chief, and an integral part of the JFR braintrust. 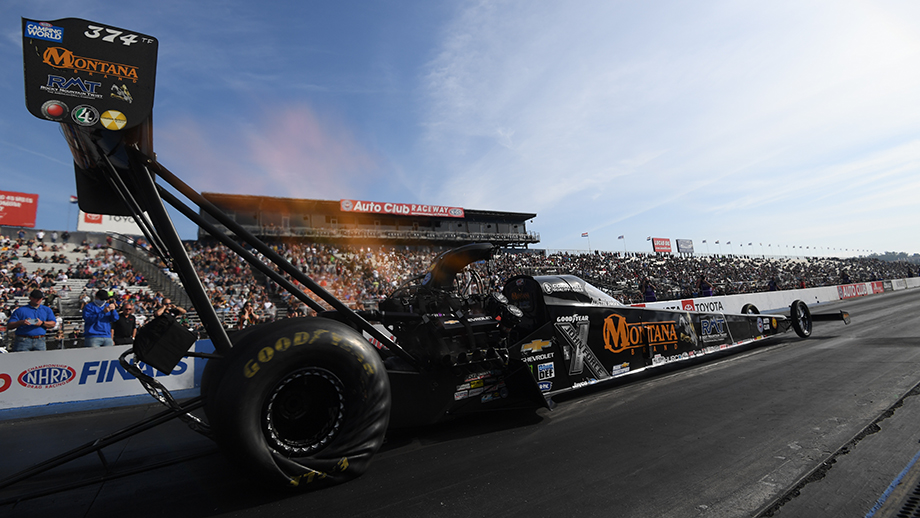 Out of the gate, the Barlam- and Tobler-tuned Montana Brand/Rocky Mountain Twist dragster appeared threatening with Prock back in the seat full time for the first time since his 2019 debut season. After qualifying in the No. 4 position at the Lucas Oil NHRA Winternationals in Pomona, Prock advanced to the final and lost a close race to Justin Ashley.

"We were very happy with our results at Pomona, and we've been trying to get back there ever since," said Tobler, who went on to acknowledge that after the season opener came a steep downslide with back-to-back first-round losses. A couple of semifinal finishes were encouraging, as were regular top-half qualifying efforts, but the team entered the Countdown to the Championship No. 12 in the points.

There was a gigantic display of potential, however, when the team broke through with a win in Reading, the first race of the Countdown. 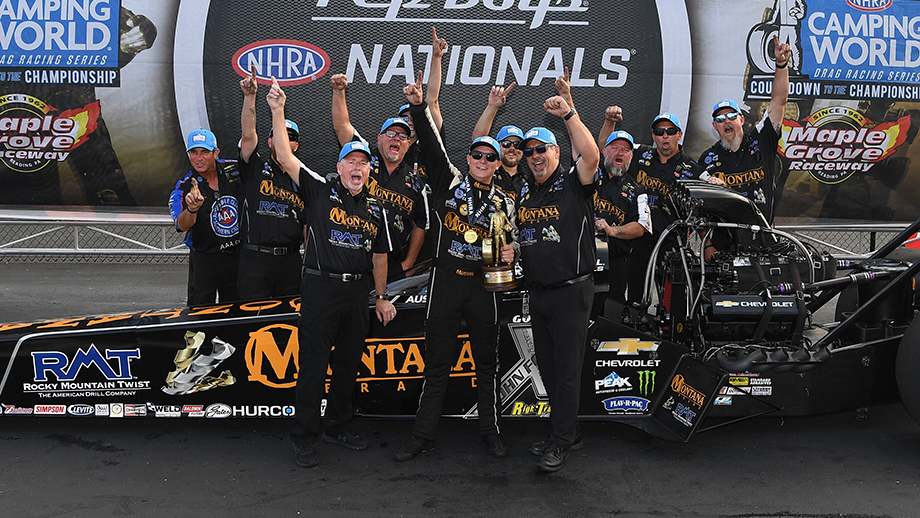 "Winning Reading was great. We certainly needed that, but then it was all kind of shot down again. We're still working to get it back," said Tobler, following another set of disappointing first-round losses in Charlotte and St. Louis.

Tobler's serious stance speaks to the temperament required for the role. With few exceptions, successful crew chiefs are serious and focused by nature, and at most, cautiously optimistic. Attention to detail, problem-solving, and critical thinking are all common qualities, and these functions are difficult to turn off — particularly when there is a puzzle that needs solving.

"It's tough," said Tobler. "You have a lot of sleepless nights or nights that you're awake at 2 or 3 in the morning. Joe [Barlam] knows; he's in the same position. It dominates your thought process."

For Tobler, this season has looked quite different as he now resides in Southern California, which was meant to be his retirement destination, and he isn't at the race shop every day. The JFR cars are based out of Brownsburg, Ind.

"I'm not there during the week, and this is the first time in my career it's been like that," he said. "I've always been very much hands-on, looking at the racecar eight hours a day and thinking about things and trying things. If my guys were working, I was working, so this is very different. But Joe takes care of everything during the week when I'm not there, and I know they're in great hands with him." 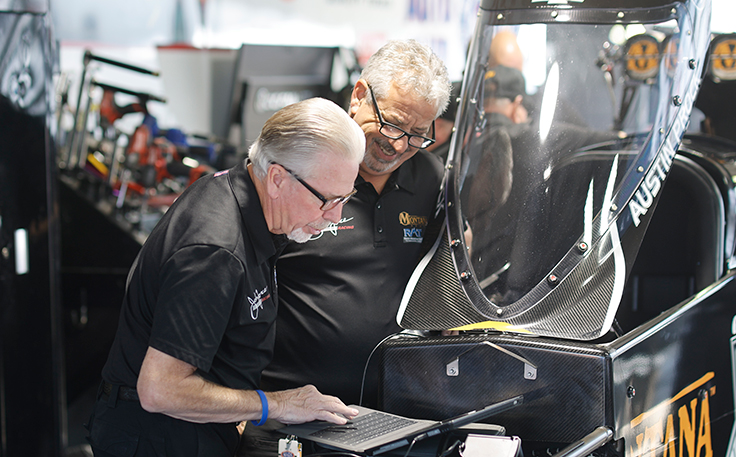 Barlam, who respectfully described Tobler as an "old school racer with a lot of savvy" in an NHRA.com interview, is an experienced tuner himself and possesses a diverse résumé that stretches back to oval racing on the dirt in 1981. Barlam came to drag racing in 1988 and worked on the Budweiser King Top Fuel dragster driven by Kenny Bernstein, and since that time, he's worked with many of the heavy hitters in the sport, including the group at Don Schumacher Racing, where he got to know Tobler.

"Joe and I work together well, and we're part of a great organization with a lot of smart, very successful people to bounce things off of. I have that here as much as anywhere I've been," said Tobler. "We haven't had the results that we've wanted [after Reading], but hopefully, we're turning a corner."

The dynamics within the pit pull together a veteran crew chief and a driver who is still early in his career. Prock, who grew up in a family devoted to drag racing, is showing that he continues to learn and grow in a season that could rightfully be considered foundational. His education this year has been about more than the obvious tasks of continuing to hone his driving skills in pursuit of victory. 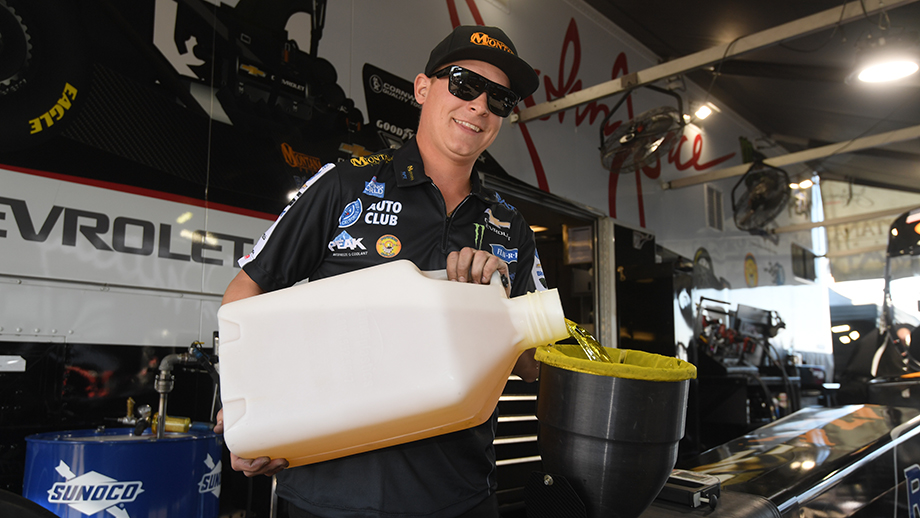 "I've learned a lot about myself this year," said Prock, after winning at Maple Grove Raceway. "You have to knock it off your shoulder and never lose sight of the fact that you're living your dream. Last year, I would have killed to drive one of these cars, even if I'd have lost first round every weekend. This year, we got in a lull – you start thinking, am I ever going to win again – but I had people around me who helped me remember what I have.

"I'm happy to be here, and I'm just really proud of this team. Joe Barlam and Rahn Tobler are some of the best. It's been a trying year, but everybody has kept their heads down and still believed. You have to keep that attitude to win Wallys."