Justin Ashley has shown that he has a program that can run with the best in Top Fuel, and as the tour heads north, Ashley is eager to get back to business and rebound from a surprisingly short race day in Virginia.
31 May 2022
Kelly Wade
Feature

Winning the first race of the 2022 season of NHRA's Camping World Drag Racing Series put 27-year-old Justin Ashley in a favorable position that set the bar high. Although the second-generation drag racer is competing in just his third season in Top Fuel, he's shown that he has a program that can run with the best, and as the tour heads north, Ashley is eager to get back to business and rebound from a surprisingly short race day in Virginia.

The upcoming NHRA New England Nationals in Epping is an event within driving distance from Ashley's home in Plainview, N.Y. Last season was his first opportunity to experience New England Dragway from the driver's seat of a Top Fuel dragster, and Ashley was buoyed by the enthusiastic support from the grandstands and in the pits.

"The one thing that really stood out for me was the fans," said Ashley, driver of the Phillips Connect/Vita C Shot Toyota Top Fuel dragster. "Not only how crowded it was, but how engaged and excited they all were to be there. They were so happy to have NHRA back at their track, and that made it even more exciting for me as a driver. You want to win any race you enter, but to be able to compete at New England Dragway is a privilege and a great opportunity." 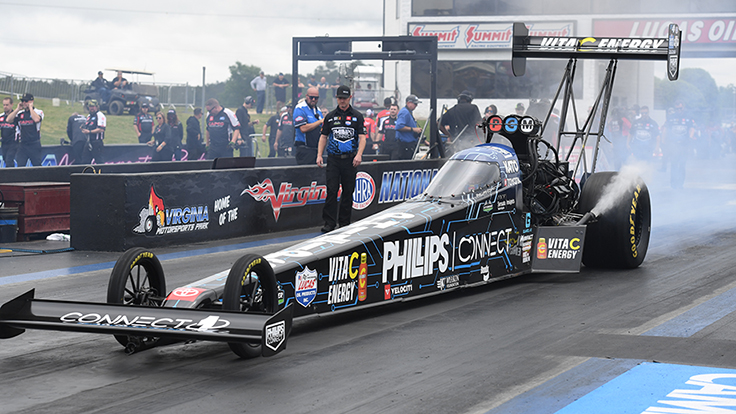 To date, Ashley has claimed five national event trophies – two in Top Alcohol Dragster and three in Top Fuel. His most recent win, at the series opener in Pomona, showed potential for a triumphant season. Further fueling that fire was a runner-up in Houston followed by the first No. 1 qualifier award of his career with the Charlotte pole.

But just a couple of weekends ago at the Virginia Nationals, the 2020 NHRA Rookie of the Year found himself out in the first round. For Ashley, that only means that he is calmy aiming at an expedited rebound.

"I think it's important to look at it as a whole," he said. "You have to put it into context. We didn't accomplish our objective of winning the race, but you know over the course of a 22-race season, you're not going to be perfect. There will be ups and downs, ebbs and flows. It was important for me as a driver and for us as a team to take the data, learn from it, and move forward.

"My expectations are always that we're going to go out there and be successful. We go to every race to win, but also with a healthy understanding that this Top Fuel field is filled with elite competition."

Ashley has had no trouble sliding in beside those elite racers who make up the competitive Top Fuel roster. He made his first start at the fall race in Charlotte in 2019, and although pandemic-struck 2020 had a sharp, mentally challenging edge, Ashley rose above at the second race of four in Indianapolis to claim the first Top Fuel win of his career. 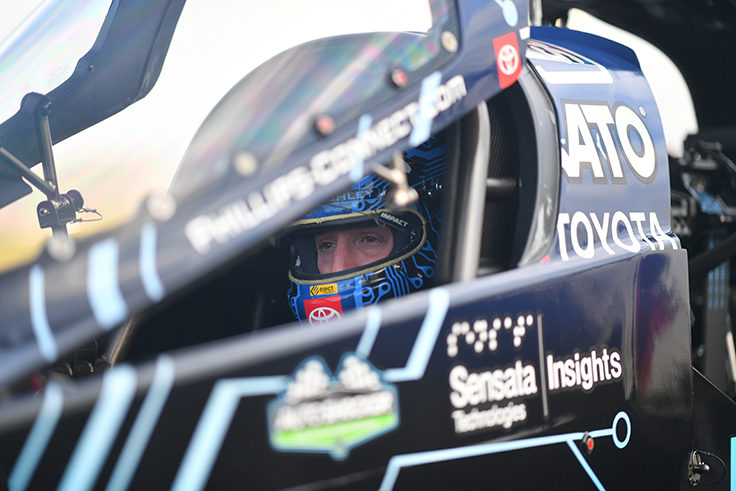 Ashley continued to show his value in the class in 2021. He grabbed a momentous victory in Dallas – during the high-pressure Countdown to the Championship – over Top Fuel world champion Steve Torrence, whose powerful charge resulted in an overall 11 wins in 20 events. Ashley, with one win in three final rounds, finished No. 4 in the nation in his second full season.

The achievements accumulated so far this year appear on-brand for a driver who has had such bright moments so early in his career, and despite a few slight falters, Ashley is having no trouble keeping his face turned toward the sun.

"[Co-crew chiefs] Mike Green and Tommy DeLago, and Dustin Davis and our entire team top to bottom, they've all worked so diligently. I'm proud of our program as a whole, on and off the racetrack," said the driver who leads Justin Ashley Racing in partnership with Davis Motorsports. "We did a really good job preparing ourselves for 2022, knowing how good Top Fuel would be. We did well last year, but we didn't want to stay in the position we were in. We knew we had to be proactive. I'm proud of how far we've come, but I'm really excited about the potential."