With five races left in the 2022 NHRA Camping World Drag Racing Series season, Bo Butner knows he has ground to make up starting at this weekend’s Betway NHRA Carolina Nationals at zMAX Dragway. But coming off his first No. 1 qualifier in three seasons, the former Pro Stock world champ feels like he’s in a strong position to make a big move this weekend in Charlotte.

He moved up to ninth in the points standings after a positive result at the Countdown to the Championship opener at Maple Grove Raceway — where he also won in Super Gas for the second straight race —  but he’s after an even bigger weekend in Charlotte in his Johnson’s Horsepowered Garage Chevrolet Camaro. The potential is there, and Butner, who is also after his first victory at zMAX Dragway in the Pro Stock ranks, believes his team is on the verge of breaking through.

"I'm really looking forward to this weekend. I like going to one race right after the other, especially right now, when the JHG Chevy Camaro is picking up,” Butner said. “It's a great time of year for it; this is the second race of the Countdown, and after getting that No. 1 qualifier last weekend, we know we have a car that can win. We've waited all year to have this feeling, and it's great to have it going into Charlotte." 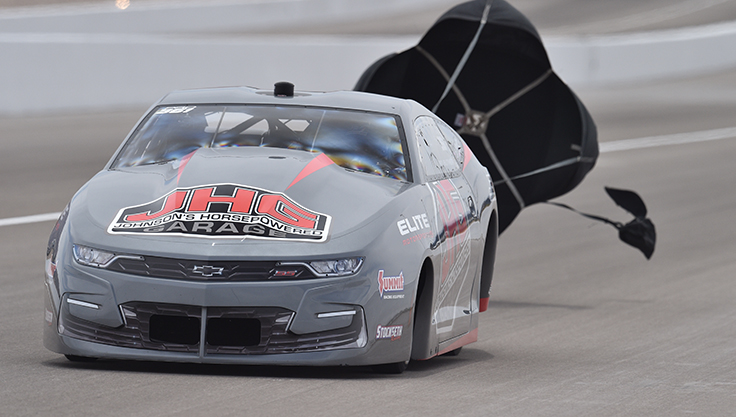 Josh Hart (Top Fuel), Tim Wilkerson (Funny Car), and Kyle Koretsky (Pro Stock) won last year’s playoffs race, and this weekend’s will be broadcast on FOX Sports 1 (FS1), including eliminations at 3 p.m. ET on Sunday. It is the second of six races in the Countdown to the Championship playoffs, and Butner has his sights set on making noise in the Pro Stock playoffs. His new car has performed admirably over the past month, and Butner believes his team could go on a run — and at the ideal time.

The toughest part is getting past the loaded field in Pro Stock, one that starts with Elite Motorsports teammate and points leader Erica Enders, who has seven wins this season. She won last weekend in Reading to open the postseason, while Butner fell in close fashion to runner-up Troy Coughlin in the second round.

Others to watch this weekend include Kyle Koretsky, Dallas Glenn, and defending world champ Greg Anderson, but Butner has continued to praise the work of his team through the ups and downs of the season, knowing that perseverance could lead to big results down the road.

“The JHG Chevy is a great car, and I’m so desperate to win or at least go to the semifinals and finals for [sponsor] Jason Johnson and all the guys who work so hard on our team,” said Butner, who has 11 career wins in the Pro Stock ranks. “I’m looking forward to the rest of this year. This field is tough, and everybody is so close. Our JHG crew and the Elite team try very hard, and it’s showing with our car.”