Dave Mohn, an NHRA fixture of the Division 1 region for more than 25 years, will retire from his position with NHRA this October to spend more time with family and the family business.
10 Aug 2022
Phil Burgess, NHRA National Dragster Editor
News 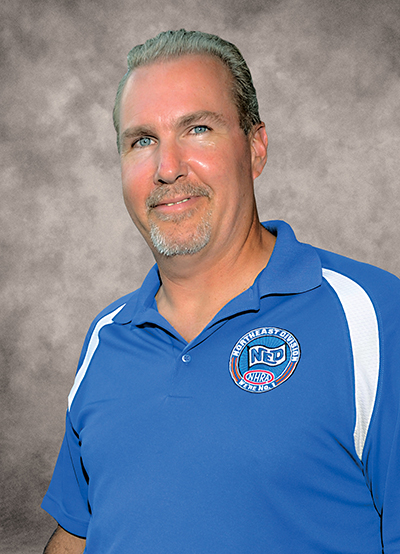 Dave Mohn, an NHRA fixture of the Division 1 region for more than 25 years, will retire from his position with NHRA this October to spend more time with family and the family business. Mohn, who has served as NHRA’s Division 1 Director since June 2014, will oversee the Division 1 team’s efforts in the Summit Racing Series National Championships in Las Vegas before retiring. Mohn will continue to advise and assist the NHRA in the short term during the transition to a new division director and other projects.

Mohn cut his racing management teeth at one of the division’s marquee facilities, Maple Grove Raceway, beginning in the early 1990s, working in all areas of track operation, from tech to safety to the starting line. His work there got the attention of then Division 1 Director Greg Xakellis.

“Maple Grove is where I learned everything about running a drag race,” he said. “After that, I started working part time on the division side for NHRA with Greg and [his wife] Martee on the division certification team, and in 1995, I was the first assistant division director hired by NHRA.

Mohn worked and learned under Xakellis until he retired in 1998 after 21 years in that role, and Mohn continued to learn under new director Bob Lang. For the last several years of Lang’s reign before moving to lead the NHRA Safety Safari, Mohn took over many of the day-to-day responsibilities of division director. When he got the call in June 2014, he was more than ready.

“The years of experience with Greg and Bob are just irreplaceable,” he said. “I learned the old-school and the new-school stuff, and the things that did and didn’t work between them as racing evolved.”

Mohn was reluctant to catalog his many successes — “Most of the feathers in my cap go to my crew; I'm not a big accolades guy,” he said humbly — but one can look at the addition of many new tracks brought in the NHRA Member Track Network family, including Toronto Motorsports Park, Miramichi Dragway, Cape Breton Dragway, Bonfield Event Park, and Race The Track Not The Street at EPCAL, NHRA’s new street-legal track on Long Island, as examples. 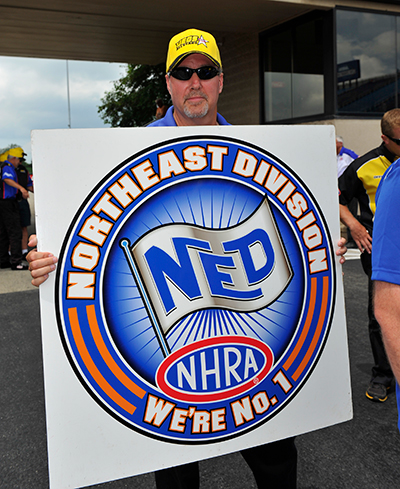 During his many years, he helped to oversee the growth of many tracks, the return of Virginia Motorsports Park, and the staging of NHRA national events and Hot Rod Reunions at New England Dragway,

Mohn also put a heavy emphasis on his Canadian racers, especially during the 2022 and 2021 seasons when racers weren’t allowed to cross the border due to the pandemic. There’s quite a lot of travel in NHRA’s expansive Northeast Division.

“I went up and visited Cape Breton in Nova Scotia earlier this year,” he said. “Looking at a map, it looks like D1 is a small division, but that was a 22-hour drive from the Division 1 office [in Lancaster, Pa.]. Going to Miami would have been a shorter ride. Miramichi [in New Brunswick] is 17 hours.

“We've been looking to expand our Canadian footprint with our Canadian National Open series, which has really grown. John Scotti Classic Cars does a Stock/Super Stock combo series at three of our Canadian tracks, and we have three double National Opens in Canada — at Toronto, Naperville, and Miramichi — that allows us to have a championship series for them. We just wanted to show them all that even though they couldn’t race with us at the time, they were still part of us."

In nearly 30 years of involvement, Mohn has seen racers come and go, prosper and bring in new generations, and become close to many of his racers.

“I guess the biggest one would be Dan Fletcher, whose career and mine basically took off at the same time,” he said of the 105-time national event winner and three-time world champion. “We both went from part-time racers to full-time racer and full-time NHRA staff right around the same time. And now his career is slowing down, and I’m slowing down, but we've remained fairly close throughout that whole time. 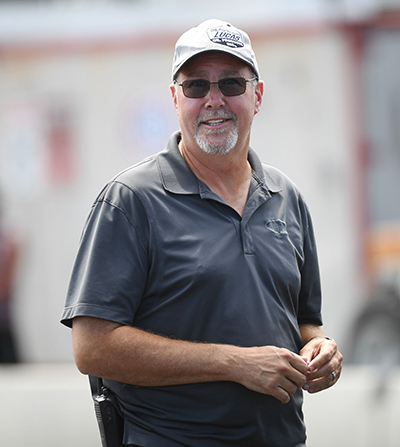 “Jackie Fricke is another one. I've known her since her dad used to bracket race at Maple Grove [Raceway]. To watch her career go from local bracket racer to Super Comp racer to national event champion to second in the world [2021 Top Alcohol Dragster championship runner-up] was really cool to watch. I’ve known the whole Rogge family and then to see the next generation coming in with people like her niece, [Super Street racer] Taylor Iacono, and winning, too, it’s very special.”

As he looks back on his long career with the NHRA, Mohn is grateful for the friends he’s made and the teamwork that made his time very special.

“I appreciate all of the commitment and the time it takes to be a racer, a sponsor, or a crewmember,” he said. “Without any of those people, my career would be nowhere. I truly appreciate all the support over the years, and the relationships I’ve made and enjoyed with the tracks the sponsors, the D1 staff, and the NHRA crew. It’s been nothing short of remarkable, and that's what I'm going to miss the most: the personal relationships and friends over the years. I wouldn't change anything for what we've done over the years, that's for sure.”