Doug Foley and partner Tim Lewis are going all-in this season to prove that they have a championship-caliber team. A new chassis and new parts will help the cause, and with a little sponsorship help, he thinks they could make the Countdown to the Championship.
17 Jan 2022
Phil Burgess, NHRA National Dragster Editor
Feature

Doug Foley doesn’t like to think about it now, but last summer he and partner Tim Lewis were thinking that maybe it was time to hang up their Top Fuel aspirations and sell the entire operation.

“Tim and I had a conversation and discussed the possibility of admitting that it’s just too intense to try and hang with these full-time guys and girls,” he said. “They're just so good.”

Instead, quite the opposite has happened as the Foley & Lewis team will enter the 2021 season at the Lucas Oil NHRA Winternationals presented by ProtectTheHarvest.com with the newest and freshest parts they've had since Foley’s return to the class three years ago for a “make it or break it” season.

“Everything we have is brand new,” he said. “We bought a brand-new Lucas car, which I’m guessing will be 35-40 pounds lighter, and the new pipe should definitely help because my stuff was really, really old and it just didn't work well for our combination. We just got a new blower, and our combination is going to change a little bit, too. We changed all of our valves, all of our connecting rods, all of our pistons, so most of the rotating assembly is from different manufacturers. We literally got rid of everything we owned and just started fresh with everything on the rotating assembly. We’re still running an AJ 7 heads, but all the internals on the heads are all different: complete new rocker assemblies and geometry and all that. We're just trying to have a better product as far as the combination goes. There’s not an inch of the car that hasn't been looked at and gone through.” 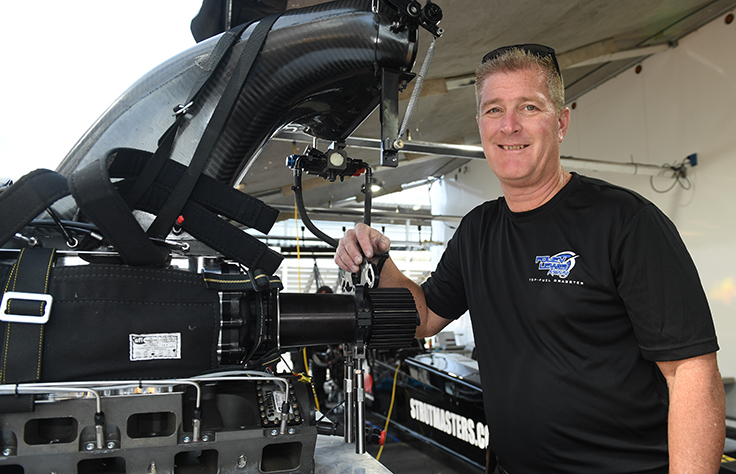 Foley so strongly believes in his new setup that he’s making his first trip to Pomona since the 2007 season, believing that a strong start to the season might entice the sponsorship he needs to run the full season.

"Normally, we would start [at the Amalie Motor Oil NHRA Gatornationals], which is the third race of the season, and even if you won it, you would be 11th in the points; that doesn't have the same oomph. Look at Josh Hart last year when he won Gainesville when it was the first race of the season. I'm not downplaying what the excitement would have been of him winning his first race, but him winning his first race and not being the points leader would have been different.

“I feel like even if we were competitive within the last couple of years — and we weren't, so it wouldn't have mattered — but if you had a really good quality car but you started at the third or fourth race of the year, I don't know that you're ever going to be taken seriously for the championship.”

Foley and Lewis will run the season’s first two events — the Winternationals and the NHRA Arizona Nationals — and then head to Gainesville. 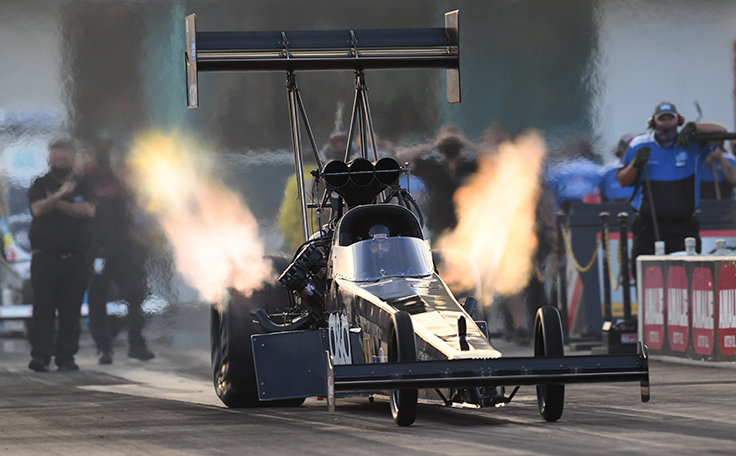 “If we're not in the Top 10 pulling into Gainesville, I'm going to be pissed off,” he said. “I know that's a bold statement considering there are more than 10 full-time cars, but I feel like we’ve made all the right moves. We've done all the right things.”

Those things not only include a massive investment in parts, but also the move of team operations from Moorseville, N.C., to Nitro Alley in Brownsburg, Ind., and the hiring of highly respected crew chief Aaron Brooks.

“When Aaron came to North Carolina to discuss the opportunity, it was kind of me asking the question, not what he can do for us, it’s what we can do for him. I said, 'You’ve worked with a lot of part-time teams in the last couple of years. What has prevented you from being successful?' I'm not saying he wasn't successful at helping some of those teams, but I'm just saying, in most cases, he didn't perform to Aaron Brooks capabilities. So what was the reason? And we discussed those, and I did a lot of listening. In some ways, he was interviewing me as much as I was interviewing him, because if we couldn't supply or do the things that he said prevented him from being successful with other part-time teams, then what's the purpose? Just so we can be another part-time team that couldn't give you what you needed?

“There's no way to tell if I met his needs, but I don't remember saying no a lot lately. Moving was another expense, and then the other uncomfortable question was after we decided to make the financial investment for those parts, it would take four to five races worth of our 2022 budget, which was basically half of our schedule. So we had to have that uncomfortable conversation: ‘Wouldn't it suck if we were good and could only go to five races?’ And we decided that if it was truly was an all-in year, the only way to do it was to do it that way. So that's what we did.

“Right now, we can't follow through very far into the schedule. We're working very hard every day talking to people in an attempt to try and find a sponsor for Las Vegas [the NHRA Four-Wide Nationals in April], which is the first race that we wouldn't attend. If we were able to go to Vegas, we have a friend in Houston that's thinking about helping us, and we would run Charlotte and Virginia anyway, and that would bring us to what race number seven. Does that allow us to prove to the world that we’re competitive? That maybe in our financial investment did make a difference, and if that's the case does that help you find funding? I don't know, but you don't know until you try.

“So, in my opinion, we've put together all the pieces to the puzzle. We're not relying on an individual or a company to fund the whole year. But if we're seven races in and we would go to Bristol and Norwalk anyway, that means I truly need somebody to fund five races to get to the Countdown. We're not expecting one person to pay the bills. We're already doing that, but give us five or six races worth of money and reevaluate in Indy and if we're good, help us for the last six.

“We're gonna take a shot at it. We're gonna see how much we improve. I think we've put most of the pieces to the puzzle in place to be competitive, but there's no way to tell until you hit the track.”

East Coast-based construction management giant ProTecs, which sponsored Foley at two events in 2021, will be on the flanks of the Foley & Lewis car in Pomona and Phoenix to start the season.

“Chris DiPaolo [company president] has just been a great guy,” said Foley. “He helped us last year in Reading and Charlotte and has seen the effort that we're trying to put into it to try to make it a better product.

“We’re excited to be starting our season in Pomona. It's been a long time since we’ve been out there, and it's cool to try to do something different and try and prove your value in a sport that you've loved for years. Hopefully, we get the opportunity someday to run the whole schedule and continue, but I think a small sampling will still show the efforts that we’re putting into it and that it can lead to more.”