With milestone 600th start on deck, Cruz Pedregon looks back and ahead at career

“Somebody asked me just last week after Force’s 800th how many starts I had, and I didn't know," said Pedregon. "It’s a cool milestone and an interesting stat to think 600 starts, especially when there are only 20-some races a year and only 11 in 2020. It's definitely an honor. I think back all the time, and I had no idea in the ‘90s I'd still be doing this 30 years later.” 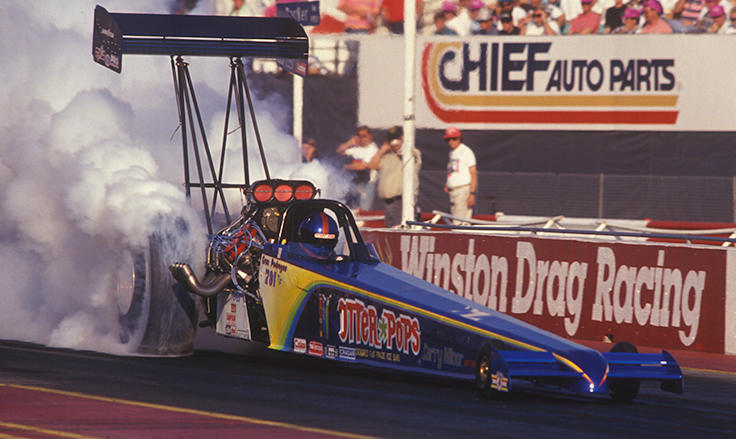 After an introduction from his mentor, Joe Pisano, Pedregon began his Pro career driving for Larry Minor in Top Fuel in 1991 in an 11-race rookie campaign in Minor’s Otter Pops dragster after four years in the Top Alcohol categories in the late 1980s, where he collected his first four wins (three in Top Alcohol Dragster and one in Top Alcohol Funny Car).

“I remember Larry coming up to me in the trailer in Reading, and he said, ‘Hey, Ed wants to drive the dragster next year. Would you mind driving the Funny Car?’ I don't mind at all because I actually preferred the Funny Car over the dragster, to be honest with you.” 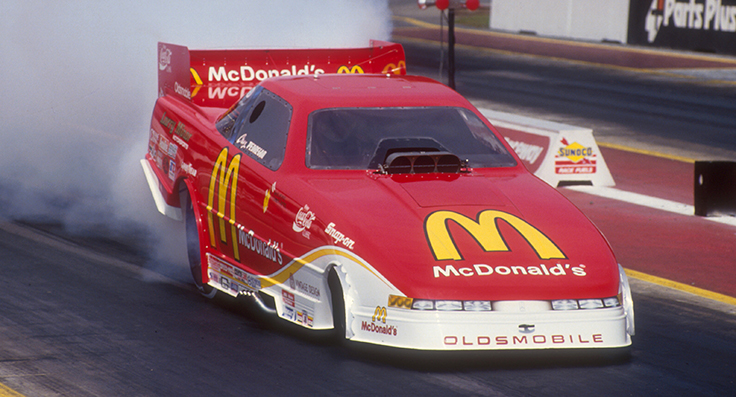 The switch could not have worked better for Pedregon. Driving for Minor and new sponsor McDonald’s, he scored his first of 38 Pro wins in Houston and the Funny Car championship in just his second year as a professional.

He added 10 more wins with Minor in the McDonald’s Funny Car before NFL coaching treat Joe Gibbs took over the team in 1995. Pedregon added another 10 wins with Gibbs before the two parted company at the end of the 1999 campaign.

Pedregon, who had always wanted to own his own team, got the chance in 2000, and won the Englishtown event but had to sit out the 2001 season searching for the kind of backing he needed to win another championship.

"I had already bought a truck and trailer during the '98 season, so I was already planning to go out on my own,” he remembers. “I was just piecing things together and I didn't know whether I'd make it or not.  I never raced without the proper parts and was not going to be that guy that was gonna go race and figure out how to pay for it later. I didn't believe in that.

He didn’t race in 2001 while he worked on sponsor deals and s[ent the season doing color commentary in the NHRA television booth with Marty Reid, much like brother Tony does today for the NHRA on FOX shows.

He returned to the track in 2002 with backing from Advance Auto Parts, but still struggled, recording 25 of his 41 DNQs in the 2000s, including one in 2008, the year that he won his second championship with Rahn Tobler as his tuner.

“When I went out on my own, I didn’t have an established team of any kind. I bought a car from this guy who had no combination, I had no sponsorship. I feel like my learning curve would have been a lot shorter if I took over an existing team like Ron Capps and Antron Brown have done this year, so yeah, I did it the hard way. It took me probably a good 8-10 years to get the right things that I needed to win another and I won the championship with Tobler. 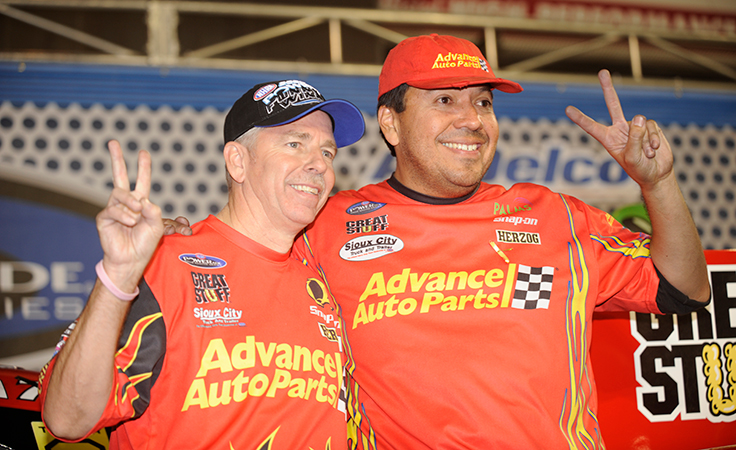 "I've said this before, you know, it's much like being an expansion team in any sport. All of the good coaches and the players have jobs or they're taken, so you have to figure it out real quick — who to hire, who not to hire — and I had to go through that, and just hired who was available and who I could afford. I literally had to build it from the ground up and develop a combination, and when Tobler got to my operation, it was up and running.”

Pedregon went through a collection of tuners over the last decade-plus and even is credited with being the first Funny Car racer of the modern era to run laid-back headers, which he first started doing in 2010, mimicking the idea he saw on Pisano’s speed-record-holding cars in the 1980s.

Over the last 12 years, coinciding roughly with his primary sponsorship with Snap-on (who actually have been part of his teams for more than 25 years). Pedregon has added another dozen wins and now stands at 38, plus the four alcohol-class wins.

The addition of crew chief John Collins and his experienced crew in 2021 have Pedregon set on another championship course, and they now sit eighth in the standings, just 152 points out of the lead. 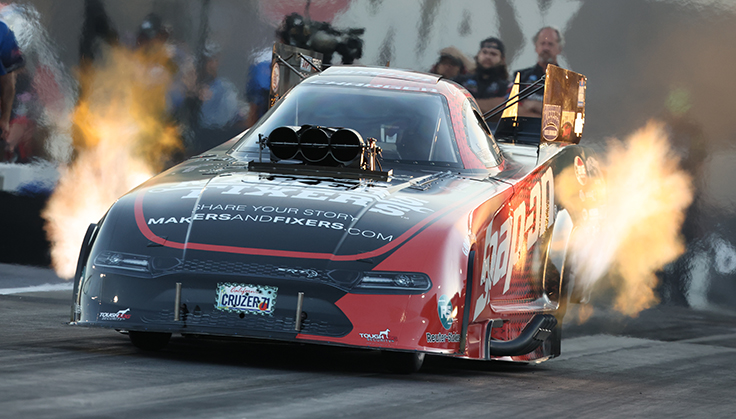 If he continues to qualify, he’ll pass Johnson at next year’s Phoenix event in late march to become the ranked driver in career NHRA starts.

Of course, if you add the 30-something national events and a score of divisional events that he ran in the alcohol classes, and all of the nitro passes he’s made in testing and match races, he’s well-seasoned behind the wheel, with an estimated 5,000-plus passes beneath his safety belts.

Having turned 59 earlier this week (Monday), as he reflects on his career — with no end in sight — the toll of thousands and thousands of high-G-force passes are felt.

“Yeah, I've got some tire shake on this body,” he said with a grin. “I feel it once in a while. I've had a back for a while and I raced go-karts for a long time before drag racing, and those things were pretty hard on the body — no suspension racing on dirt tracks with ruts. So, yeah, I creak every now and then when I get up in the morning.

“But I am now where I need to be. For sure, I think that I could have done things differently, but I think, really, things happened in this business for me to be where I am. I'm back now to the Tobler kind of era with [this crew] and the operation, and inside and out, it’s a top-notch team. We're gonna ride this wave out as long as we can with these guys, and you know, the sky's the limit.”