When Julius Caesar said, “They came, they saw, they conquered,” he could have been talking about Tyler Hilton, Kin Bates, Dustin Lee, Mike Mossi, and Lee Roberts. These five NHRA Heritage Racing Series competitors not only won their class at this year’s California Hot Rod Reunion but secured the 2022 series championship as well. 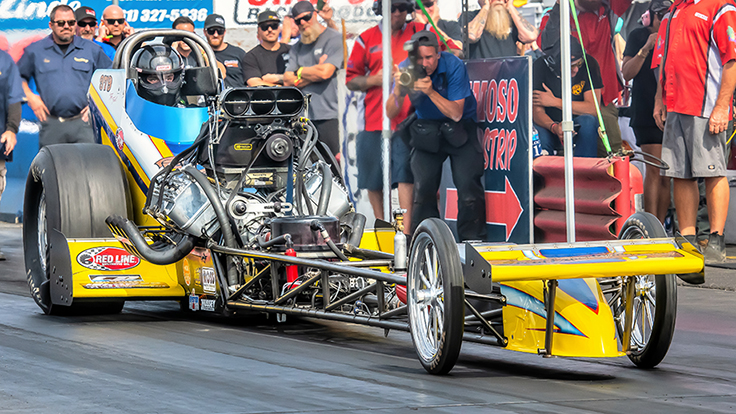 Hilton, grandson of Top Fuel dragster legends Jim and Alison Lee, finally realized his dream of winning an NHRA Heritage Racing Series Top Fuel championship. Forsaking the trusted big-block Chevy for a 415 cid Hemi Donovan, Hilton slayed the Top Fuel field, qualifying first, setting low elapsed time at 5.592 against Bryan Hall in round one, then won a riveting final round over No. 2 qualifier Pete Kaiser, 5.645 at 238.22 mph to 5.704 at 251.95 mph. 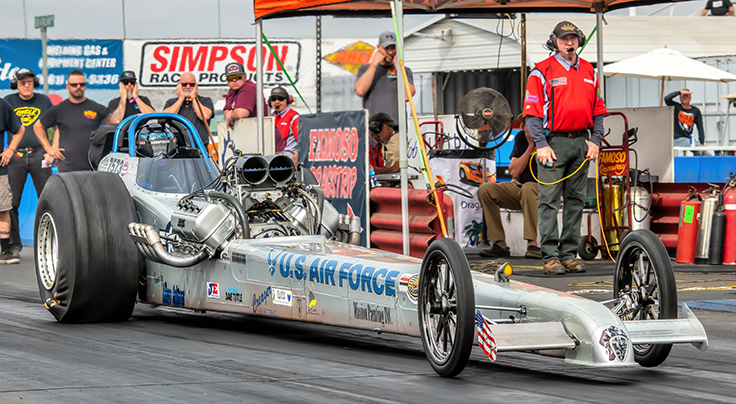 Bates, the all-time winningest driver in NHRA Heritage Racing Series history, continued his mastery of the A/Fuel dragster class. It was another impressive performance by the Anderson, Calif., team with their injected nitro-powered rail tuned by Dean Adams.  It was not a slam dunk deal by any means. The No. 2 qualifier, Wayne Ramay, had the quickest time of eliminations (6.058), and appeared ready to dethrone the champ. Ramay had a handsome lead at the start (.117 to.234 RT), but the potent Neil & Parks rail lost traction soon afterwards and Bates took the stripe in 6.085 at 233.48 mph to  7.154 at 183.42 mph. 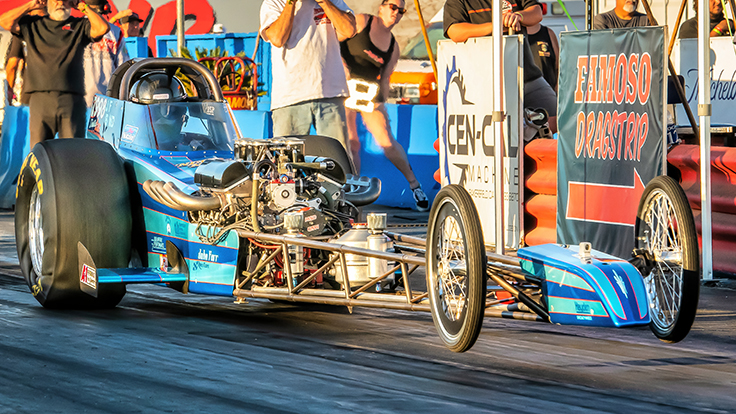 The achievements above are impressive to say the least, but for superlatives let’s talk Lee. Winning one championship is not enough. Lee took the gold Wallys in both Jr. Fuel dragster and Nostalgia Eliminator 1. Lee has been a terror in Nostalgia Eliminator 1 all year and carried a 42-point lead over Dave Lawson coming into this race. When Lawson exited in round one and Lee lasted until the quarterfinals, his championship was secure. 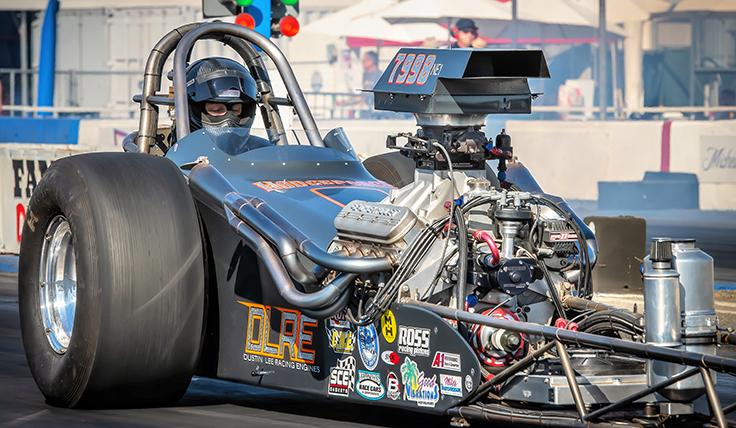 Lee’s Jr. Fuel dragster title has been a battle all year with Brad Woodard. Lee was in first place, but Woodard was naggingly close behind. They would find themselves pitted against each other in the final round. The last act would be Lee’s best performance. They both left close together (.014 to .024 RT), yet Lee held firm winning 6.991 at 189.20 mph to Woodard’s 7.895  at 148.02 mph.

Mike Mossi’s championship in A/Gas provided some of the best drama of the entire event. Mossi trailed leader Roy Castagnetto by 21 points at the start of eliminations, but Castagnetto looked unbeatable on Sunday. Then, in the semifinals, Ray Padgett slapped down a .001 reaction time coupled with a 7.609 elapsed time to end Castagnetto’s day. Meanwhile, Mossi was doing his share of damage and ended up as Padgett’s opponent in the final round. Mossi thanked Padgett for taking out Castagnetto on a holeshot, 7.602 to 7.564. 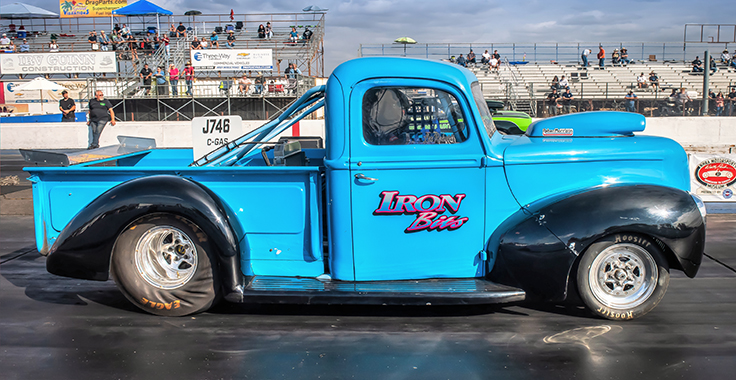 The last of these quintuplets was Lee Roberts Jr. with his all-steel ’41 Ford C/Gas pickup. After qualifying a lowly 25th, Roberts awoke Sunday and growled his way through eliminations and found himself in the final round opposite Nevada neighbor and No. 3 qualifier Tom Christian. Roberts’ nerves held firm as Christian went -.125 red at the starting line. For his part, Roberts was .033 RT/9.593 at 135.17 mph.

Other Heritage Series Final Round Results