After chalking up 10 appearances in the class over the past two get-acquainted seasons, Green has gone all-in for 2022, hiring a full-time crew led by second-generation nitro gearhead Daniel Wilkerson

After kicking off the season with a so-so outing at the Winternationals, the team is back at Wild Horse Pass Motorsports Park for the NHRA Arizona Nationals and although it’s his first official event at the track, he’s got plenty of laps down the racecourse.

Green, best known for his competition in Pro Mod and, before that, Top Sportsman, was a regular at the Nitro Spring Training pre-season test sessions in Phoenix in 2017 and 2018, putting down numerous runs in Tim Wilkerson’s car to gain experience long before his official class debut in July 2020. 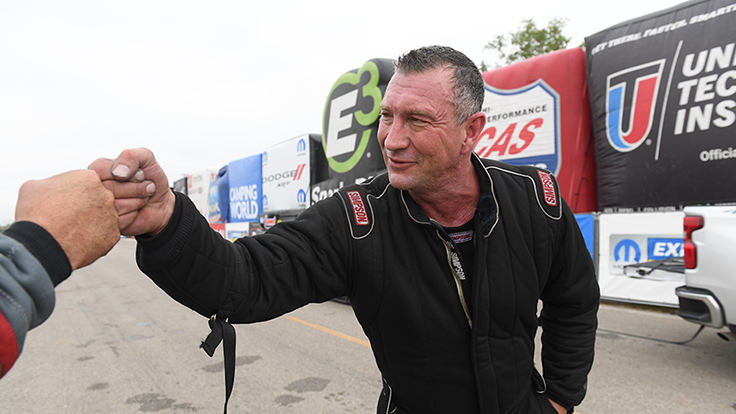 “I wanted time to get accustomed to the car, to get to get more experience before I just jumped right in,” he explained. “Doing it that way was difficult because the first few runs every year was almost like starting over, but that's better than not doing it at all.  By the time I made my Funny Car debut, I already had more than 20 runs.

Green made his Funny Car debut at the Lucas Oil NHRA Summernationals at Lucas Oil Indianapolis Raceway Park in July 2020, at NHRA’s return after the pandemic pause. He not only qualified in his Funny Car debut but also scored his first career event win in his Pro Mod entry at the same race, making for a memorable experience. he ran both cars again in Houston later that year and then ran six races last year in Funny Car and nine in Pro Mod, running both at just the Amalie Motor Oil Gatornationals, where he failed to qualify the Pro Mod.

The Funny Car, meanwhile, quickly became a 4.0-second car and then a three-second runner.

“We're really excited with our progress, and I feel like the learning and experience part is over with and we're ready to get serious,” he said. “We're focusing on only the Funny Car this year – I might run a Pro Mod race here and there -- but the plan is really to focus on the Funny Car.

“Running a Funny car was always a dream – like it is for a lot of people – but this wasn't necessarily my goal. It's just kind of where I ended up; things evolved and happened and it’s just where I ended up, thank goodness. It‘s pretty awesome. Tim and I hit it off really good right from the start and it's just evolved into this There ain’t two better going to be better guys out here to have than Tim and Daniel. 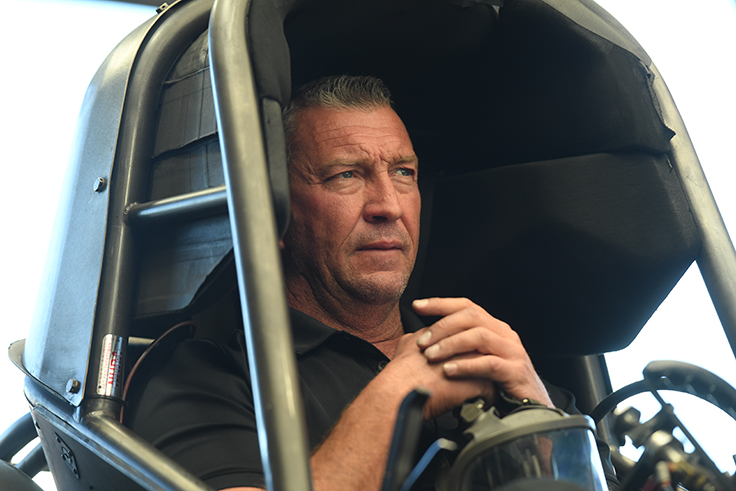 “The Funny Car is harder to drive but the Pro Mod is easier to crash,” he said. “You definitely have to manhandle a Funny Car, where you cannot manhandle a Pro Mod at all or you’ll crash, so it's a totally different driving experience.”

Green opened his Arizona Nationals account with a 3.98 Friday that has him qualified No. 6, and he’s happy with his progress after stumbling at the Winternationals.

“We're still trying to gel as a team and we think we've got the car now, and it seems like we got the car going the way we want now so we can start ticking away at it. My goal this season is definitely making the Countdown and winning a race also.”

Green may have some company in the nitro pits in the future as his son, Hunter, competed his Top Fuel license runs during pre-season testing. Hunter, already licensed in Top Dragster, will get more nitro wheeltime this season in Randy Meyer’s A/Fuel Dragster and then the decision will be made in the future about his possible jump into Top Fuel.