The past two seasons of drag racing have been something else. For 18-year Funny Car veteran Paul Lee, good fortune waxed and waned as he raced all 11 of the events in 2020 and then 15 of 20 last year in the NHRA Camping World Drag Racing Series. After a good decision that resulted in a strong finish, as well as a new addition to the team for 2022, Lee is optimistic that the near future will hold consistency and increased performance.

While a misshapen 2020 was marked by uncertainty and change, Lee proved resilient and resourceful, capitalizing on abbreviated NHRA events in which qualifying was cut from four sessions to two.

"For an independent team like us, the two-day races made it more affordable and more competitive; we were able to race all the races, and we did pretty good," explained Lee, who reached the semifinals that summer at Indianapolis Raceway Park, secured his career-first low qualifier award in St. Louis, and finished in the Top 10 for the first time. "We were able to compete with any team out there, and that made it enjoyable. When we go to a race, we're not out there just to go down the track. We want to be competitive." 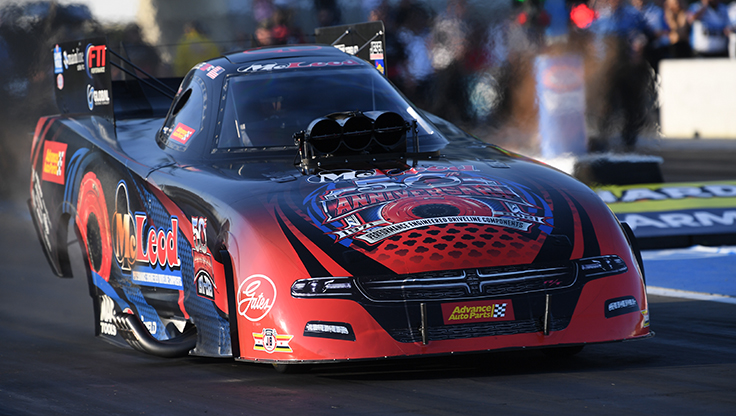 Although Lee and his McLeod Racing crew did not see that momentum carry into the new year, by season's end they began to show promising signs of resurgence. At the Auto Club NHRA Finals in Pomona, Lee qualified a season-best No. 4 and clocked the quickest pass of the opening round.

The turnaround at the end of 2021 had a lot to do with Lee's home office, the McLeod Racing/FTI Performance Dodge Charger. The well-worn piece had shined in moments, but the car had almost 150 runs on it as the final events of the year approached, and it was tired. In Las Vegas, the team made the decision to bring out their backup car, and that immediately brought consistency into view. Over the winter, it was discovered that the chassis on the old car was bent, validating the decision to make the swap.

"We'd have good races here and there, go a couple of rounds and run well, then we'd have a lot of problems and wouldn't be able to get down the track," said Lee. "When we pulled out our backup car, it performed the way we wanted it to perform, and we were pretty happy. We're excited to start the new year with it."

Lee explained that the car, basically all new, was originally put together by esteemed crew chief Rahn Tobler for (now) two-time Funny Car champion Ron Capps. In the 2022 season of NHRA's Camping World Drag Racing Series, Lee's team will be complemented by Dustin Heim, who was assistant crew chief to Tobler. Heim, who has been in the nitro ranks since he was 19, joined Don Schumacher Racing in 2009.

"Dustin is a big addition to our team," said Lee, detailing that Heim will be assistant crew chief to Jim Oberhofer. "It's great because we run Rahn's setup, so it's basically a Tobler car. Dustin has worked with that tune-up, so I think he'll be able to help us bring consistency back to our car. That's probably what I'm most excited about." 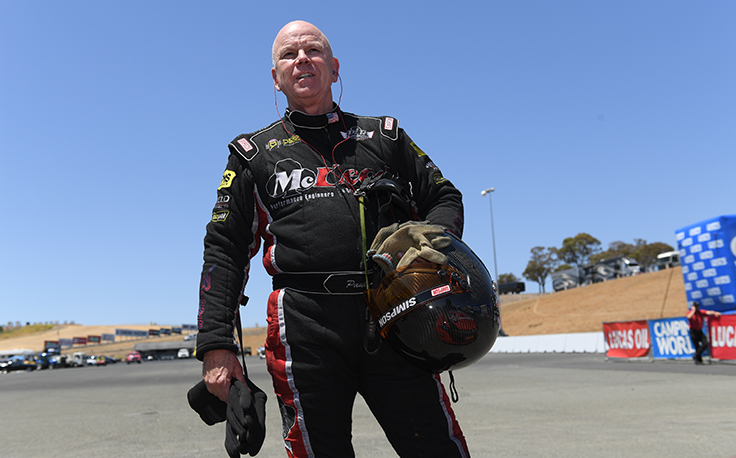 Team owner Lee is entering his fourth year in association with Don Schumacher Racing, and his Funny Car is housed and maintained at the DSR shop in Indianapolis. As the second satellite team under DSR – Bob Tasca III was the first – Lee has not been taken lightly by his competitors.

He sees fruit on the new branches growing within the Pro ranks, including brand-new teams owned by former DSR mainstays Capps and Antron Brown, respectively, as well as Leah Pruett and Matt Hagan racing under the newly formed Tony Stewart Racing/TSR Nitro awning.

"Don [Schumacher] has been really good to us. The business model works, and I think that's what makes other guys want to do this," Lee observed. "I think it's good for the sport; it brings spice. It could be a lot more fun with more single-car teams like us." 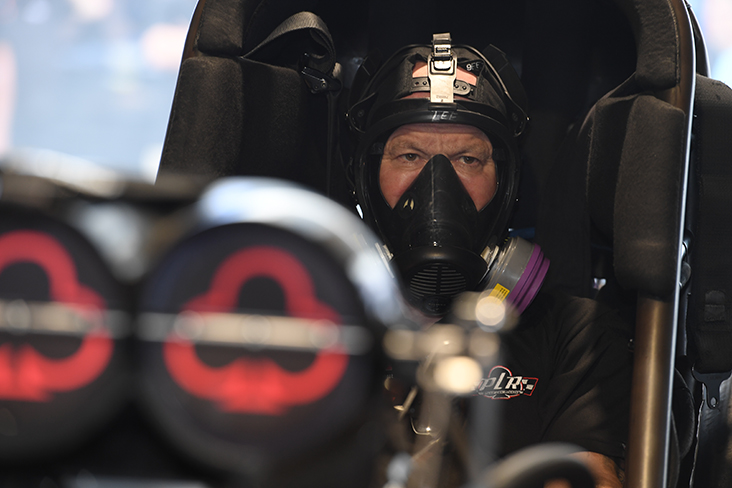 For now, Lee is zeroed in on the upcoming Lucas Oil NHRA Winternationals presented by ProtectTheHarvest.com and getting started on the right foot. After showing peak performance at the season closer, his Dodge Charger is ready to pick up where they left off. However, with a few new crewmembers on board, the team will first be utilizing the NHRA Spring Training in Phoenix to ensure synchronicity amongst themselves.

After they find the flow at the test session, Lee is eager to get to Auto Club Raceway at Pomona, a facility that the New Jersey-native turned Southern California-resident has come to call home.

"I'm not just a racer, I'm also a fan of the sport and the history of racetracks like Englishtown – my original home track – and Pomona," said Lee, who runs number 116 on his Funny Car to pay homage to Division 1, where his drag racing career began. "To be able to race at tracks where I saw my heroes race growing up is always pretty special."