Already on an incredible run this summer, Robert Hight now heads to the Denso NHRA Sonoma Nationals at Sonoma Raceway, where the Funny Car points leader has enjoyed some of his greatest moments, including a run of three straight victories.
19 Jul 2022
Posted by NHRA.com staff
Feature

Already on an incredible run this summer during the 2022 NHRA Camping World Drag Racing Series season, Robert Hight now heads to a track where the Funny Car points leader has enjoyed some of his greatest moments, including a run of three straight victories, at Sonoma Raceway.

Hight will look to become the first driver in NHRA history to win four straight races in the heart of Wine Country at this weekend’s 34th annual Denso NHRA Sonoma Nationals, and he certainly heads to Sonoma with plenty of momentum. Hight has won two straight races this season in his 11,000-horsepower Auto Club Chevrolet Camaro SS, taking over the points lead and giving him five wins in 11 races.

It’s an impressive stretch, and Hight is hungry for more at a track that always seems to treat him well. In addition to his four career wins in Sonoma, the three-time Funny Car world champ also made the fastest run in NHRA history at the track, going 339.87 mph in 2017. That was one of several Hight highlights in Sonoma, and he’s looking for another this weekend at the middle race in the famed three-race NHRA Western Swing. 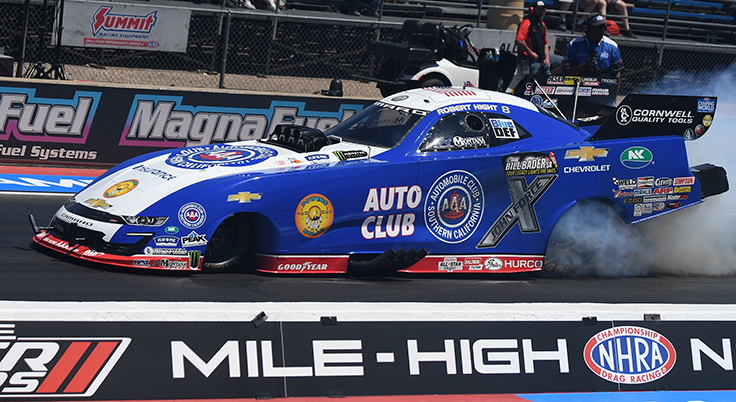 “We’ve just got to go here and treat it like we did in Denver and make three really good qualifying runs and race smart,” said Hight, who has 58 career victories. “If we keep doing that, the round-wins are going to come, but this class is tough. I think it’s a successful season when you have five wins total with the level of competition here. We’re at the halfway point, but it’s the next 11 races that count. We have to keep working and keep digging. I’d like to get to 60 [career wins] this year. Everything from top to bottom is working right now. We have to stay focused and keep working, and we can only get better.”

Steve Torrence (Top Fuel), Robert Hight (Funny Car), Aaron Stanfield (Pro Stock), and Karen Stoffer (Pro Stock Motorcycle) won the 2021 event, and this year’s race will be broadcast on both the FOX broadcast network and FOX Sports 1 (FS1), including live eliminations coverage starting at 4 p.m. ET on Sunday, July 24 on FOX. It is the 12th of 22 races during the 2022 season, kicking off a second half of the year Hight hopes is just as successful as the first half.

He won nearly half the races in the first 11 events, advancing to seven final rounds in the process. Though there’s a long way to go, Hight’s Denver win opens up the possibility to sweep the Western Swing, something that hasn’t been done since 2009 and has only been done once in Funny Car.

Hight isn’t ready to think about that, as he’ll have to deal with the likes of Matt Hagan, defending world champ Ron Capps, Cruz Pedregon, Bob Tasca III, who has advanced to back-to-back final rounds this year, Alexis DeJoria, and J.R. Todd. But the veteran standout is thrilled to see how his team has bounced back from a difficult 2021 season, where his Sonoma victory was one of the few highlights. 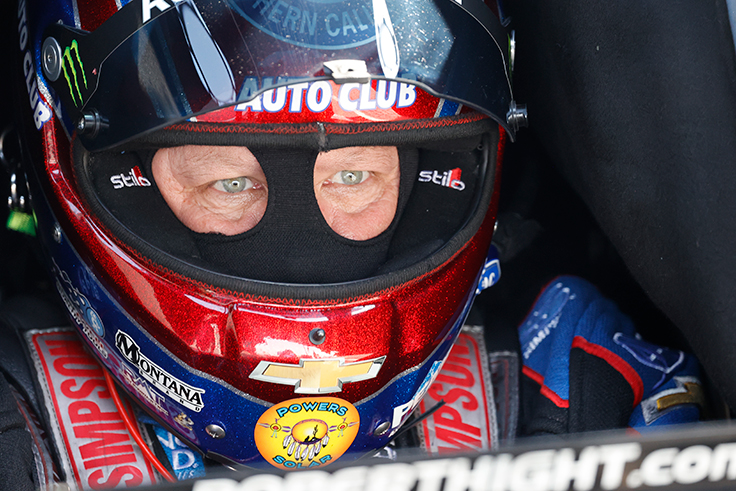 “Last year was very disappointing,” Hight said. “I thought we would pick up right where we left off in 2019 when we were dominant, and it just didn’t happen. But what’s different this year is we’re not changing everything every week. We’ve got a great combination, and we’re fine-tuning it, and I think we’re only getting better and more consistent. I don’t feel like we’ve peaked yet, but I also know the competition is getting tougher, and we’ve got our work cut out for us. We’re going to keep working hard.”