Funny Car veteran Tim Wilkerson isn't afraid of a little hard work. In fact, hard work is what the man is made of.
11 Apr 2022
Kelly Wade
Feature

Funny Car fan favorite Tim Wilkerson isn't afraid of a little hard work. In fact, hard work is what the man is made of. He's not just the driver of the Levi, Ray & Shoup Ford Mustang nitro Funny Car; he's also the team owner and tuner. But one car? One car isn't enough for Wilkerson. He also aids in leading the charge on the Chad Green-driven Bond-Coat Ford Mustang on which his son, Daniel Wilkerson, is crew chief.

"We've got a lot going on," said Wilkerson, who has finished in the Top 10 every year since 2008 and has accumulated 22 coveted Funny Car trophies. "We're just trying to make sure that everything goes smooth, and Chad is gung-ho. He knows this is hard, but he's doing better and better every weekend. The funny thing is that the better Chad does, the more pressure there is on us to not let him down. But after four races, the crew is beginning to jell, and we're excited."

Green's most notable race so far this season was in Gainesville, where he qualified in the top half of the field and reached the semifinals in a career-best performance. 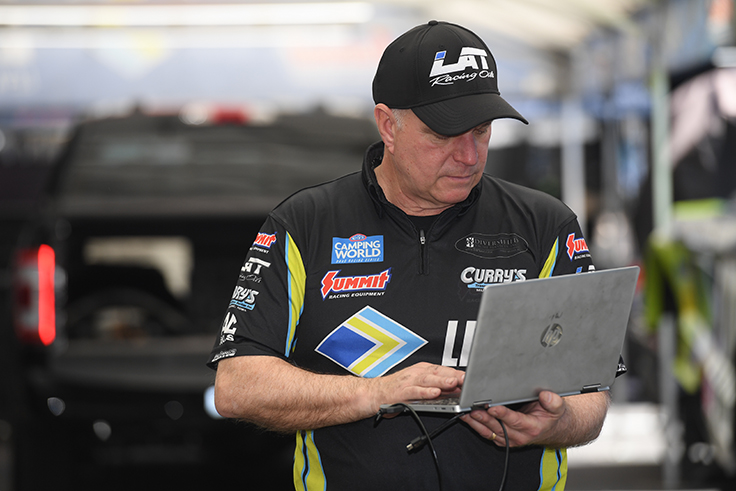 Wilkerson and Green stand on common ground in several ways, but particularly in regard to their sons. Green's son, Hunter, recently licensed in Top Fuel with Wilkerson's assistance, and he made his debut in Top Alcohol Dragster at the NHRA Four-Wide Nationals in Las Vegas. Daniel has been behind the wheel of a second Tim Wilkerson Racing nitro Funny Car off and on throughout the years. An accountant by trade, Daniel most likely won't be behind the wheel this year as he is committed to Green's program full time.

"I think it's cool that Chad wants the opportunities for his son," said Wilkerson. "I love that because I want the same thing for my son. We don't really have a plan for Daniel to be in a car anytime soon, but hopefully, someday that could happen. Would it be my dream for him to drive and me tune? Why, sure. I've won more races than I ever thought I'd win. But if that doesn't happen, we're all good with what we're doing."

Wilkerson's admission of the dream, however distant, brings to light another question. Does he feel that his career is complete? Is the 61-year-old driver thinking about hanging up the driving gloves anytime soon? 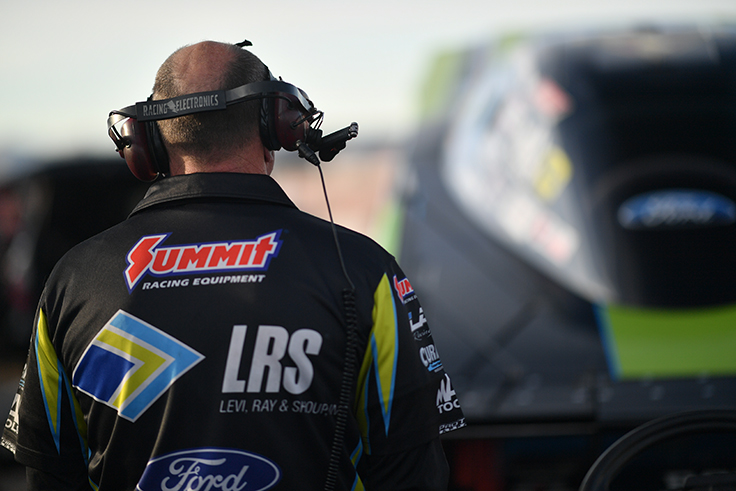 "You know, I listen to [John] Force, and it's kind of interesting. The more I listen to him, the more I realize I feel the same way," said Wilkerson. "He doesn't want to quit, and I don't know if I really want to stop doing this, either. It wears on you. You think, I've done this for a long time. But do I want to quit? Not really. [Sponsor] Dick Levi has enabled me to live a dream, and it's one I still really enjoy living."

So far in 2022, Wilkerson has no reason to turn away from the sport in which he's competed for three decades. Wholesale weather changes, as he called them, threw him for a curve in Gainesville, but the quick and fast nature of the LRS Mustang has been evident at each race with pleasing qualifying positions – he's been a top-half qualifier at each event, including a start from the No. 2 spot at the Gatornationals – and a semifinal finish in Phoenix. Although he hasn't yet achieved the ultimate goal of earning trophies in 2022, he isn't unhappy.

"I'm taking steps," he said. "I don't take big bounds. I'm learning what I think I need to learn, and as long as I don't get greedy, I think we'll be pretty good."