Three-time Funny Car world champion Matt Hagan entered the NHRA Midwest Nationals just 60 points out of first place, and he and his wing of the TSR Nitro team are steadily focused on making up as much ground as possible as the 2022 NHRA Countdown to the Championship hits dead-center.
01 Oct 2022
Kelly Wade
Feature

Three-time Funny Car world champion Matt Hagan entered the NHRA Midwest Nationals just 60 points out of first place, and he and his wing of the TSR Nitro team are steadily focused on making up as much ground as possible as the 2022 NHRA Countdown to the Championship hits dead-center. With just three races left in the six-race charge for the Camping World Drag Racing Series title, Hagan knows they have to handle their duties with the utmost care to give themselves a fighting chance.

"We have to be a little more aggressive, and I have to give a little bit more on the starting line," he said. "It's going to take everything from everybody to do is. This is the breaking point, here in St. Louis. We've got a lot of ground to make up, and there are a lot of cars that are running well. We have to be focused, and we have to be on our game."

Hagan is an amiable enough guy off-track, but he's known as a fierce competitor who doesn't shy away from high-pressure situations. The strength of his team and success throughout his career have a lot to do with having the right people in the right places, but it also has to do with that core strength when times get tough. Hagan and his team were tested when, after leading the points through the spring, they suffered three consecutive first-round losses on the Western Swing at races in Denver, Sonoma, and Seattle. 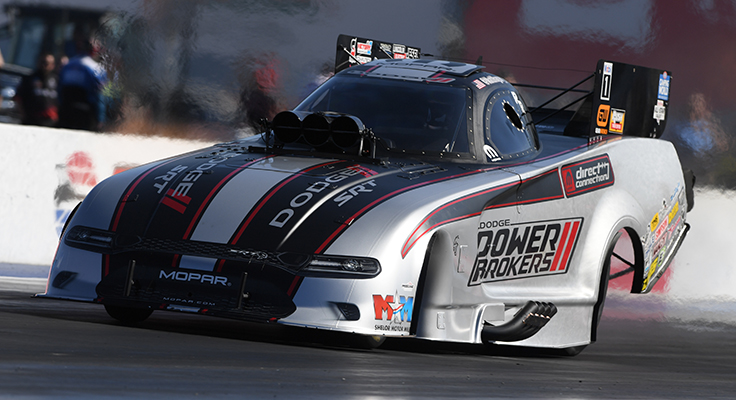 "I think we're still trying to rebound," said Hagan, who reached the semifinals at Topeka – the first race following the trip out west – claimed the pole in Brainerd, then clocked back-to-back semifinals finishes to close out the regular season No. 3 in his Dodge Power Brokers Charger Hellcat.

"Coming into the Countdown, you have to have it already dialed in," he said. "It took us the last couple of races to do that, and now we've just been on the bad side of a couple of really good races."

The three-time Funny Car world champion has reached the semifinals in each of the first two races of the 2022 NHRA Countdown to the Championship in an assertive reset.

Starting from the No. 5 spot in Reading, Hagan gave points leader Robert Hight a great race in the semis at Maple Grove Raceway, but his Charger slowed as they approached the finish line, and his opponent advanced and went on to secure his seventh win of the season. 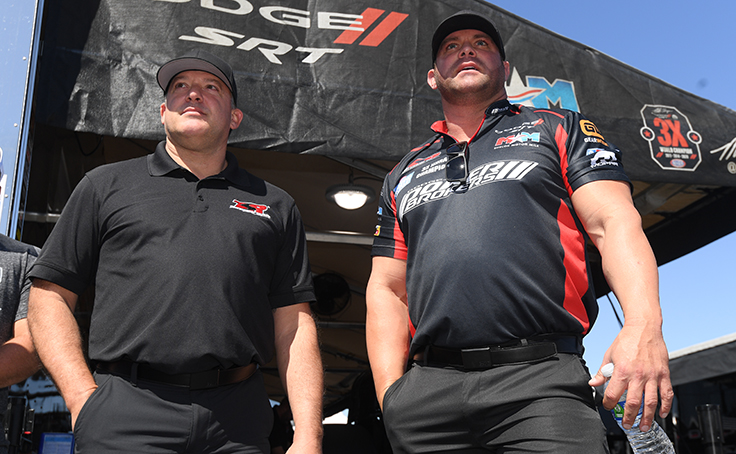 Last weekend's race in Charlotte saw a flex of mighty muscle for Hagan and his Dickie Venables-led team; they narrowly missed the No. 1 qualifying spot and fell to Alexis DeJoria in the semifinals by just .002-second.

Hagan, a three-time winner so far this year with victories in Gainesville, Houston and Epping, is back in the ring with gloves laced tight.

"You have to bring the intensity to the Countdown," said Hagan. "I love the suspense, the drama, the adrenaline, the emotion, and everything that's involved. Everything you've worked for the entire year is here.

"It sounds barbaric, but you have to go up there wanting to bite their heads off and spit down their neck. You have to have that mentality: show no mercy; step on their throat. If we can do that as a competitor, crew chief, and team, and everyone does their job, we'll be just fine."