With a full schedule planned for 2022 season, the sky's the limit for Josh Hart

In almost any other season, Josh Hart’s two Top Fuel victories last year would have earned him the coveted mantle of NHRA Rookie of the Year, but the new team's shortened schedule cost them that title. In 2022, everyone will find out what they can do with a full schedule.
06 Jan 2022
Phil Burgess, NHRA National Dragster Editor
Feature

In almost any other season, Josh Hart’s two Top Fuel victories last year would have earned him the coveted mantle of NHRA Rookie of the Year. Considering that only two of the last nine RoY winners had two or more wins on their first-year scorecard, Hart’s case was a strong one had it not been for the simultaneous emergence of another fab freshman, Pro Stock racer Dallas Glenn, who scored three wins and a pair of runner-ups, his full house edging Hart’s two of a kind in the closest voting in award history.

The fact that Glenn was able to contest all 20 events on the schedule with the established KB Racing team while Hart’s newly formed team competed at just 13 didn’t help Hart’s cause, especially in the final points standings where Glenn ended up a lofty third and Hart in 11th.

What Hart’s Ron Douglas-led team could have accomplished with a full season will never be known, but the Florida flyer is making sure he won’t have to ponder that again after putting together the funding for a full campaign in 2022 with the backing of 2021 stalwarts R&L Carriers and TechNet Professional. 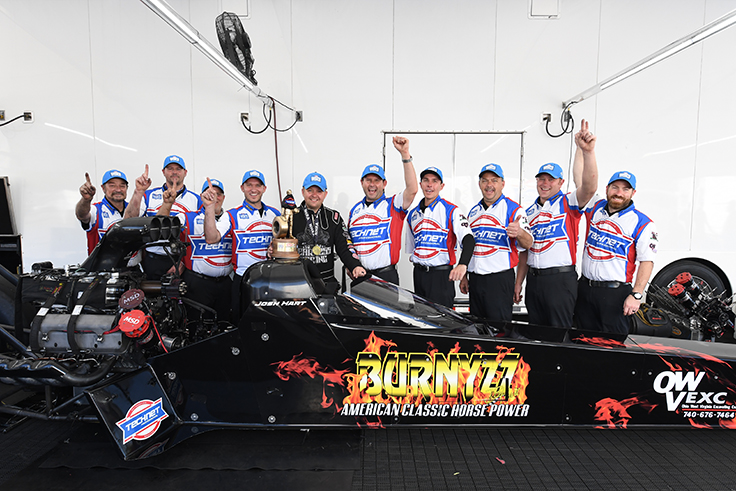 Hart didn’t waste any time becoming a focus of the 2021 NHRA Rookie of the Year discussion, winning in his Top Fuel debut at the season-opening Amalie Motor Oil NHRA Gatornationals in his Florida homestate while flying the colors of his Burnyzz hot rod emporium.

“I’ve been able to put every car that I ever operated into the winner's circle, except when it was wrapped with Burnyzz, so to go out in my Top Fuel debut with a car that was all Burnyzz, and win that race in my hometown, it was definitely a storybook.

After skipping a long trip west for the four-wide event in Las Vegas, Hart got right back to winning rounds in Atlanta, where longtime supporter TechNet was back on board, and in Charlotte, where he reached the final round of the four-wide race but finished third, keeping him in the top five of the points standings. 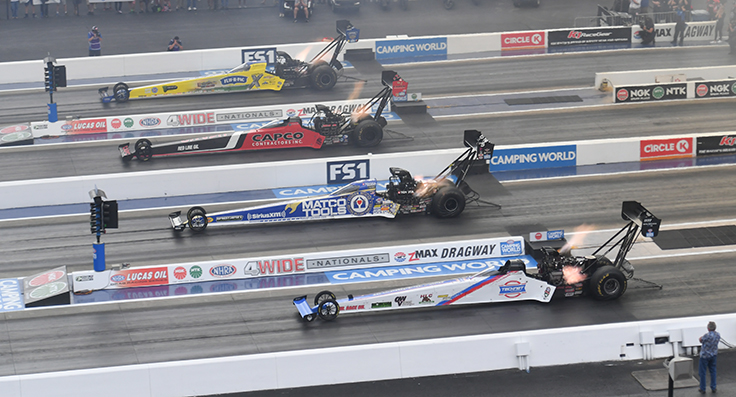 It was at that Charlotte event where Glenn scored his first of three wins, setting off speculation of a rookie shootout for the coveted award, and when Hart sat out six of the next eight events and Glenn scored again in Topeka, Hart could see the scales shifting against him.

“[The rookie award] was definitely on my radar right from Gainesville, but I didn't realize it was such a big deal. I had a very different perspective on it. I didn't realize it was so emphasized on on-track performance, and that things like building a team and investing in a team as we did and managing it, funding it – the whole nine yards – didn’t count as much as wins and losses.” 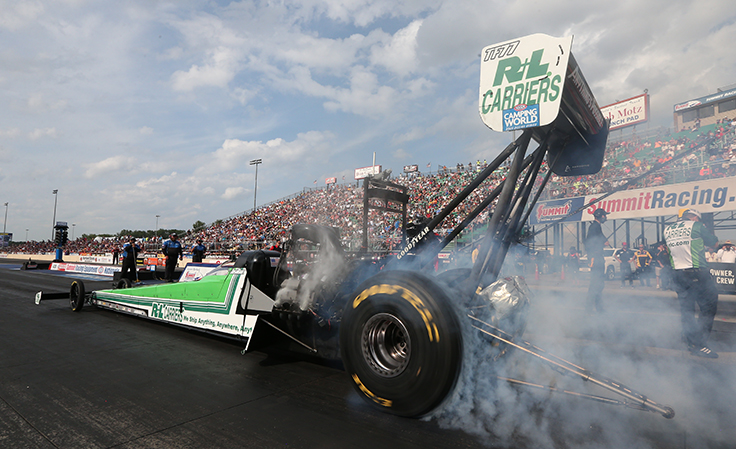 Although the team never planned on running as many events as it did, a new partnership with R&L Carriers that debuted at the Summit Racing Equipment NHRA Nationals in Norwalk “completely changed the program” and opened the door for additional events.

The team has already planned on skipping the Western Swing while moving their operations base from Florida to Indy and resuming in Topeka for a three-race push to lock in a spot in the Countdown to the Championship. They were in 11th place with high hopes before a COVID-19 scare forced the team to skip both the Topeka and Brained events, putting a serious crimp in those hopes heading into the regular-season finale at the Dodge//SRT NHRA U.S Nationals.

“When you’re the team owner, you have to make hard decisions,” he said. “I'm a very loyal person. I didn't want to use a bunch of fly-in guys; I'm just more comfortable with my team. Mathematically, it was still possible [to make the Countdown], but then it rained in Indy, and they took away our qualifying points, so it was the perfect storm against me.”

Despite a gutsy semifinal finish in Indy, where they fell to championship hopeful Brittany Force, Hart’s team missed the Countdown’s Top 10 cutoff, wiping out one of their many goals for their first season.

“Everybody started calling me ‘the spoiler’ and ‘the wild card,’ and while there was some fun in that, I just wanted to get some laps and show well for our sponsors and obviously win some races,” he said. 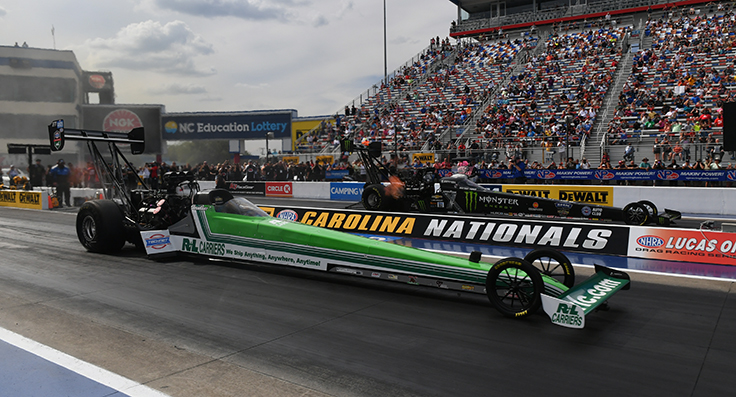 Although he wasn’t racing for the championship, Hart definitely had an impact on its outcome, beating Force twice in the seven races, including a final-round holeshot at the fall event in Charlotte that yielded him his second win of the season and ultimately aided new friend Steve Torrence’s title run.

“Steve was one of the first people that came up and introduced themselves in Gainesville,” Hart remembered. “I was so grateful for that because I had a hard time expressing to all the other drivers that I was a fan for so long and now I’m actually rubbing elbows with these people. It's a different experience from my perspective because you’ve looked up to them for so long.

"I had a lot to learn about being a Pro racer. It’s not child's play. You have to conduct yourself very professionally, which I tried to at all times, but botched a couple of interviews. I was told multiple times that I didn't have the personality to do this, and I thought, ‘Well, what happened to the honest guy that drives a little bit, you know?’ So I just tried to follow that platform throughout the season, and it worked for the most part. I mean, that's who I am. I'm not going to get really excited and yell and scream and jump up and down a whole lot, but I want to win. I was just trying to be real, you know? Hopefully, I can be a little bit more interesting. I can get a little more comfortable in front of the microphone.”

Taking the ‘silly’ out of Silly Season 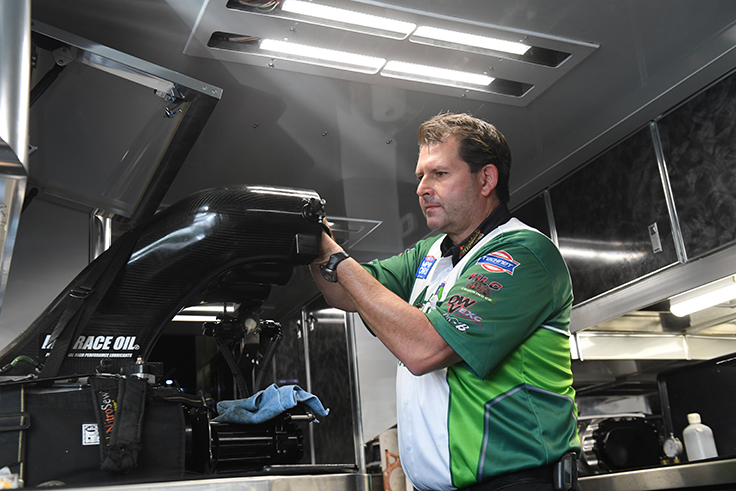 Hart's emergence as a solid 3.7-second player put a huge spotlight on his crew chief, Ron Douglas. A spotlight and a high-dollar target.

“I was sitting in the trailer late in the year, and somebody said, ‘What are your plans for Silly Season?’ and I had no idea what that was, ” Hart admitted concerning the traditional offseason carrot-dangling offers often made to top crew chiefs.

“Once everybody kind of filled me in on what that was, I knew that other teams might make a run at Ron, so I went back to the hotel that night, and I thought, ‘There's no way I'm going to deal with this,’ so I went back to the track the next day and I called Ron up into the lounge, and I said, ‘Hey, I don't want to have to think about this. And I don't want you to have to worry about it, either. I'm just gonna make you a partner. And when we decide to retire, we'll sell this thing, and we'll be partners.’ “ 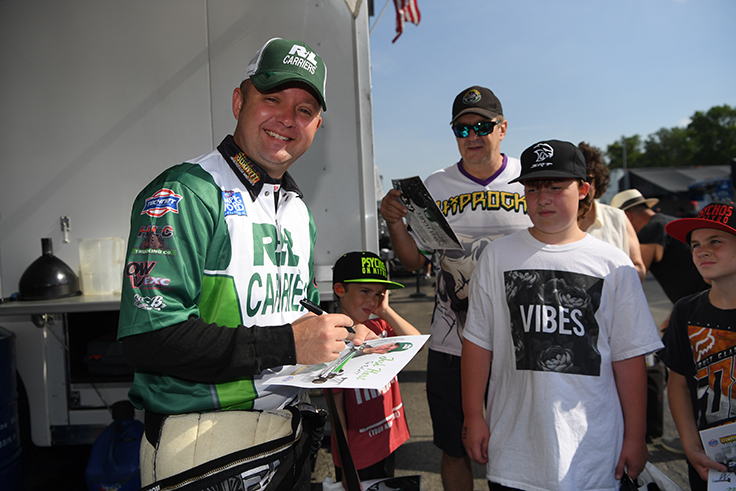 Locking up Douglas’ contribution gave everyone a huge sense of relief, and before long, Hart had renewed with TechNet and R&L Carriers for a run at the championship in 2022.

“Do I think we can win the championship? Absolutely. I wouldn't be out here if I didn't. I have a good group of guys, and anybody that really knows drag racing knows that those guys are what make the team; it's not the driver.

“Obviously, my first goal is always to bring the race car home safe all the time, and make sure the team members are safe and happy because I want them to want to continue with us and build this program, but mostly, I want to represent sponsors properly. I mean, they all have their own goals, and I'm a good soldier, so as long as I've got good marching orders, we will try to execute that and win the championship and maybe break a couple of records.”

Hart will get his first crack behind the wheel at the Phoenix text session the second week of February before heading into battle at the season-opening Lucas Oil NHRA Winternationals presented by ProtectTheHarvest.com in Pomona.

"I'm excited about testing and then being able to go right into the regular season for the first time,” he said. “It’s going to be awesome.”