Five Things We Learned at the Virginia NHRA Nationals

Stop No. 7 of the 2022 NHRA Camping World Drag Racing Series was a long-awaited return to Virginia Motorsports Park for the first Virginia NHRA Nationals since 2019. Racers were salivating at the chance to run on what just about every crew chief calls the best surface on the tour, and all six Pro records predictably fell despite a deluge of rain thanks to a weekend-saving track scrape by the NHRA Safety Safari presented by Simpson and their continued hard work throughout the weekend to keep the track in championship shape. 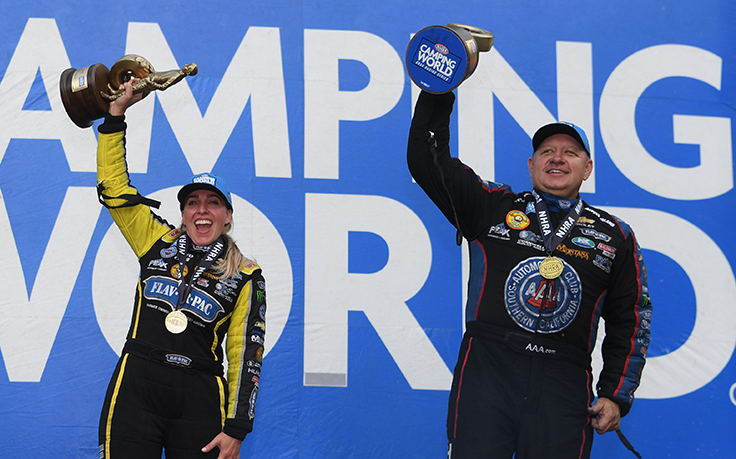 After sitting out most of 2020 due to the pandemic and a rebuilding year in 2021, John Force Racing is firing on all cylinders in 2022.

Robert Hight got them going with two Funny Car wins right out of the box in Pomona and Phoenix, then Brittany Force added two more in Top Fuel in Las Vegas and Houston, then the bossman, the GOAT, John Force won the Charlotte NHRA Four-wide Nationals – edging Hight in the final – and now Brittany and Hight are back in the winner’s circle in Richmond.

Throw in Austin Prock, who was the No. 2 qualifier in Top Fuel behind Brittany and looked like he had a real chance to race her in the final, and you’ve got four cars all performing at championship levels.

SMITH-JOHNSON RIVALRY IS FOR REAL

You’ve seen and heard the chirping on the internet, with Steve Johnson baiting Matt Smith (and others in the class) after beating Smith in the final in Houston, and you just knew that Smith has been dying for revenge.

He got it in Houston, and in the most delicious way for him, denying Johnson all of his favored tendencies – starting last, staging first – in the final round and then beating him on a massive holeshot.

Smith, with major sponsors to toe the line for, says he won’t be dragged into the name-calling but will let his bike do the talking. Smith finally won on a Suzuki and wife Angie was the low qualifier (and father Rickie was the runner-up in Pro Mod), so there was a lot of joy in Smithville Sunday night.

Rest assured, we haven’t seen the last of this one.

LARRY MCBRIDE IS A BADASS

NHRA fans love seeing the Top Fuel Harley class at NHRA events, but they haven’t seen the supercharged monster known as Top Fuel Motorcycle in two decades. After two years of planning, NHRA finally got Larry “Spiderman” McBride to the track, and he did not disappoint, hanging all over his two-wheeled rocket ship en route to the fastest pass in motorcycle drag racing history: 268 mph.

McBride was humble and humorous in his media center interviews, but he’s 100% badass, especially for a 64-year-old daredevil. 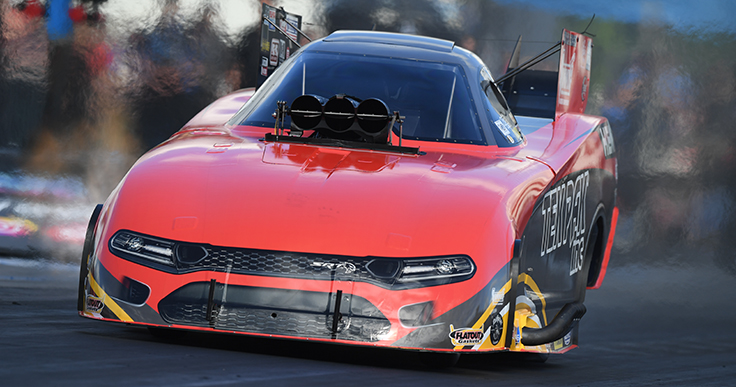 Tony Jurado ambushed Tim Wilkerson in round one of Funny Car in Pomona. Rob Passey scored his first career round-win in Phoenix, upsetting Doug Kalitta. In Gainesville, it was Tripp Tatum upsetting the big dogs to score his first Top Fuel win, just ahead of fellow privateer Doug Foley. At the Las Vegas NHRA Four-Wide Nationals, Cristian Cuadra came within inches of beating Erica Enders in the final. Bobby Bode was leading Matt Hagan in the Funny Car final in Houston en route to his first career win before a massive engine explosion. At the Charlotte NHRA Four-Wide Nationals, Cameron Ferre scored a runner-up in Top Fuel while Mike McIntire Jr. reached the final quad in Funny Car.

In Richmond, Dale Creasy Jr. was the one with the shocking outing, running a career-best 3.97 that was the second quickest run of Friday qualifying, getting down a track that many couldn’t. He didn’t win the first round, but everyone gained even more respect for him.

JIMMY UNDERDAHL IS A WIN WAITING TO HAPPEN 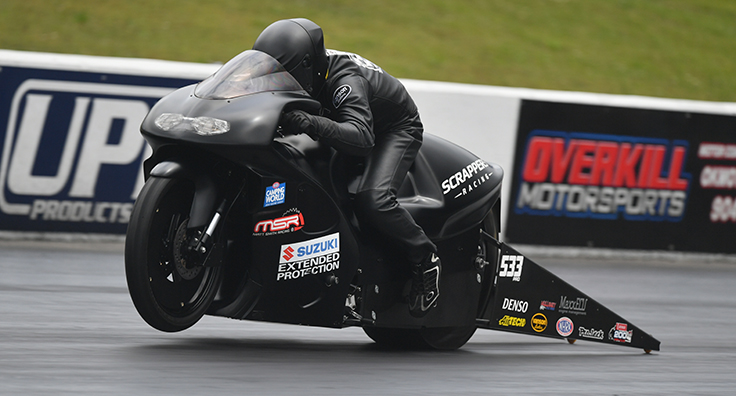 The second-generation Pro Stock Motorcycle rider has competed at more than 150 events and has just a pair of runner-ups – 2010 in Brainerd and 2015 in Englishtown – but now that he’s joined the Matt Smith Racing/Scrappers team, a win is not long in coming. If you don’t believe us, listen to his engine builder, Matt Smith: "Jimmy is gonna be fast. I mean, he's already shown he's fast. And it's not long before Jimmy is gonna win a race. I can guarantee you that.”

Underdahl qualified No. 7 in Houston and No. 6 in Charlotte then qualified No. 5 in Richmond, and it was only Smith who stopped him in the second round.