The summer season for the Camping World NHRA Drag Racing Series is in full swing so we’ve already learned a lot this year. Then again, information is limitless so there’s always room for more knowledge and what better place to expand your mind than the fan-friendly environment of Summit Motorsports Park. Here's five big things we learned in Norwalk.
27 Jun 2022
Kevin McKenna, NHRA National Dragster Senior Editor
Race coverage

The summer season for the Camping World NHRA Drag Racing Series is in full swing so we’ve already learned a lot this year. Then again, information is limitless so there’s always room for more knowledge and what better place to expand your mind than the fan-friendly environment of Summit Motorsports Park. Here's five big things we learned in Norwalk. 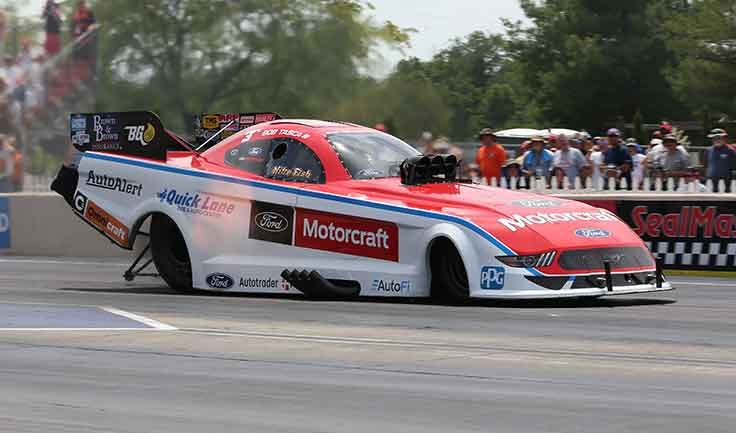 For the last few races, we’ve debated whether the Funny Car points battle is a two or three-horse race. Clearly, Robert Hight and Matt Hagan are the class’ leaders with Ron Capps also in the mix especially after his win in Bristol. That being said, those three are not infallible and Bob Tasca III proved it in Norwalk with a strong runner-up finish. Tasca 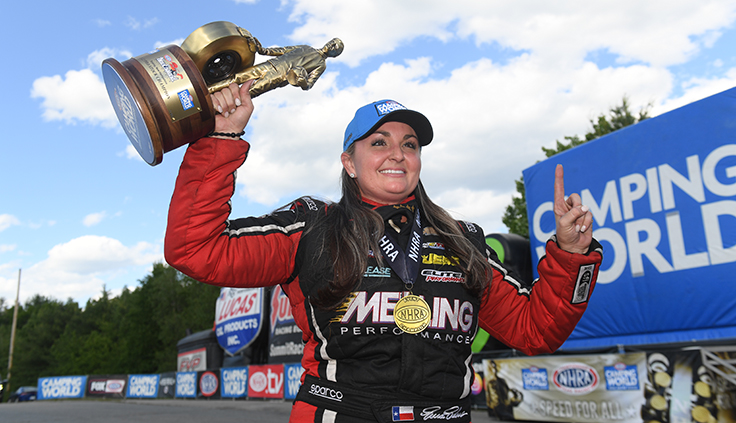 Given the supposed parity that exists across the board in the Camping World NHRA Series, the thought of a single driver earning double-digit wins in any pro class seems preposterous but here’s Erica Enders with five wins in the first eight races of the season. With the Pro Stock schedule reduced from 24 to 18 races, Greg Anderson’s record of 15 wins appears safe, but at this point, it seems almost a given that Enders clears 10 wins before we get to Pomona in November.

For all of her success, including four world championships, Enders has won more than five races just twice in her career, and those totals of 6 wins and 9 wins came during her first two championship seasons in 2014-15. Everyone knows that wins in the Countdown are far more valuable than regular season victories, but the Elite team certainly seems built for the long haul.

ANGELLE SAMPEY STILL HAS WHAT IT TAKES TO WIN 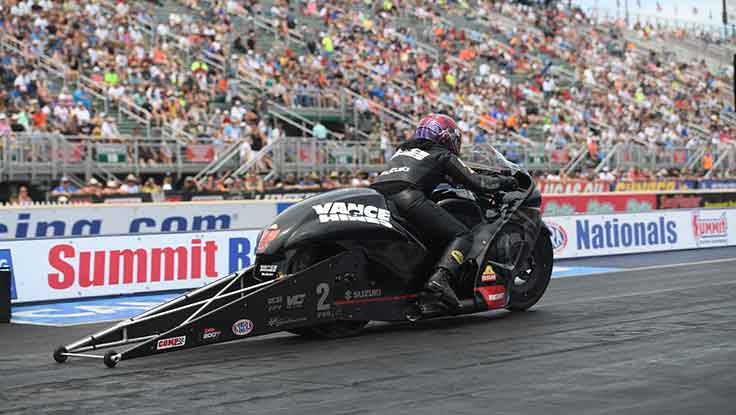 During her media center interview following the Norwalk Pro Stock Motorcycle victory, Angelle Sampey spoke at length about her struggles with confidence and self-doubt as she continues to be a competitive rider well into her 50s. Sampey noted that during her championship seasons in 2000-2002, everything seemed to come naturally, and she rarely doubted herself. Of course, back then, Pro Stock Motorcycles were about a half-second slower than they are now and one could argue that level of competition has risen dramatically.

For all her struggles, Sampey dug deep in Norwalk and produced the 46th win of her amazing career. That’s one more than the late, great Dave Schultz had in his career, which was cut short by cancer in February 2001. Sampey has often said she wants to finish her career with the most wins in the class, but in order to do that, she’ll have to catch her current crew chief Andrew Hines, who set the bar pretty high with 56 victories. That might be a tall order but then again, we’ve seen stranger things. 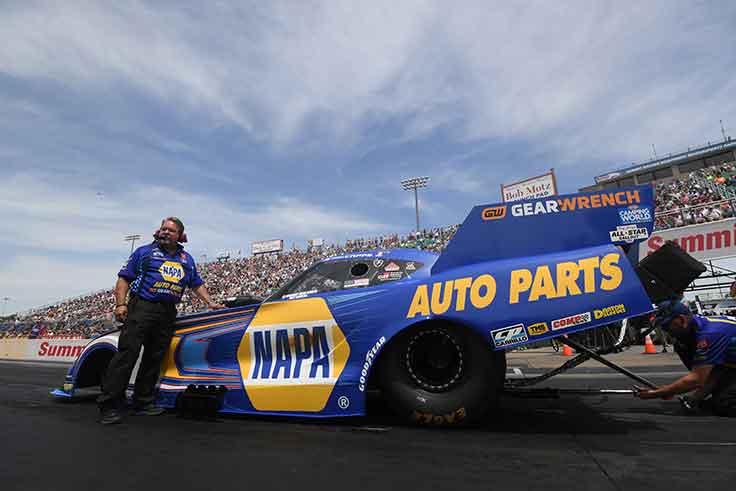 The late Eric Medlen once famously noted that no one could be unhappy when eating ice cream. While that might be true, there were more than a couple of unhappy crew chiefs in Norwalk, the track well-known for its $1 ice cream.

First, NAPA crew chief Dean Antonelli went off on Cruz Pedregon after he took his time staging against Ron Capps in round one. Well aware that he’s got seven seconds to get fully staged, Pedregon waited as long as possible before putting his Snap-on Dodge in the beams. Even though Capps had the quicker light and got the win, Antonelli called the move “chickens**t” even though it was well within the rules.

A similar outburst took place between Pro Stock’s Matt Hartford and Elite crew chief Mark Ingersoll after Hartford employed a similar tactic against points leader Erica Enders in round two. Enders narrowly won the race, but Ingersoll made his displeasure known. Again, Hartford did not break any rules and simply defended the move saying, “She’s got me covered by six hundredths. What am I supposed to do?” Cooler heads eventually prevailed but these two incidents are a sure sign that summer is here and the championship battles are in full swing. 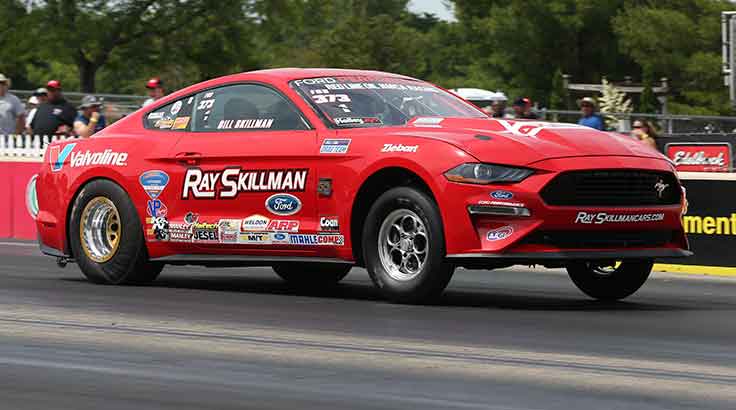 If NHRA fans aren’t following the heated action in the Constant Aviation Factory Stock Showdown, they should be because it’s some of the most entertaining racing that NHRA has to offer. The battle featuring modern muscle cars from Ford, Dodge, and Chevrolet has intensified this year with all three brands getting their licks in and the points lead changing hands multiple times.

Bill Skillman went to Bristol with the points lead in his Cobra Jet Mustang but lost it to Chevy drive David Barton following a rare round one loss. Skillman quickly bounced back with a final round win over Barton in Norwalk. Watching the Ford and Chevy camps trade blows is pure drag racing gold and while the Dodge teams are still seeking their first win of the year, there has been a recent spike in participation, coupled with solid qualifying efforts, so it makes sense that a victoriy should be on the horizon.