Five things we learned at the NHRA Thunder Valley Nationals

The NHRA Thunder Valley Nationals had a little bit of everything including unpredictable final rounds, a near double, and strong performances by a couple of up-and-coming racers. Here's five big things we learned in Bristol.
20 Jun 2022
Kevin McKenna, NHRA National Dragster Senior Editor
Race coverage

RON CAPPS IS DETERMINED TO MAKE IT A THREE-HORSE RACE 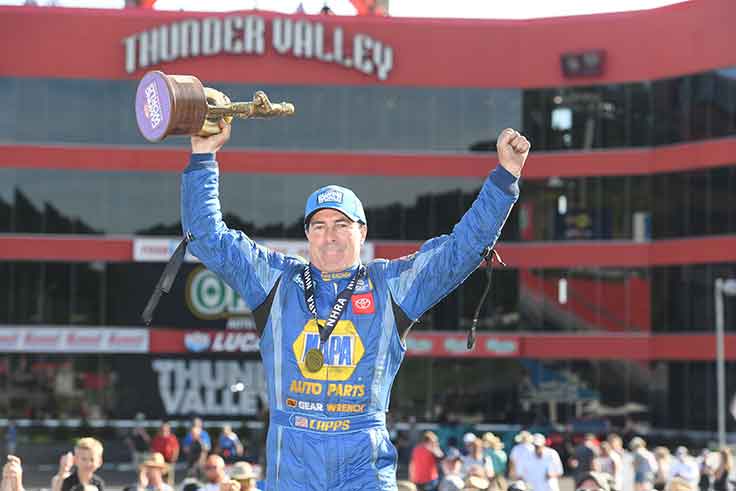 Ron Capps has been around long enough that he doesn’t need a lesson in motivation but in this rare instance, the NHRA.com staff was happy to provide him with one. Following the Epping race, Capps was a bit chapped at the notion that the Funny Car points battle had become a two-horse race between Matt Hagan and Robert Hight.

Rather than complain about it on his social media channels or shed a tear over beer and hot wings, he decided to do something about it. Intent to prove his point, the reigning champ went to Bristol where his NAPA Toyota team put on a clinic in warm-weather Funny Car racing. Capps was the only driver to run in the threes on Sunday and scored the first win for the new Toyota GR Supra body with his final round win against Tim Wilkerson. In the process, he closed the gap significantly between himself and the incoming leaders. Yes, it's now a three-horse race.

ERICA ENDERS IS STILL THE HOTTEST DRIVER IN PRO STOCK 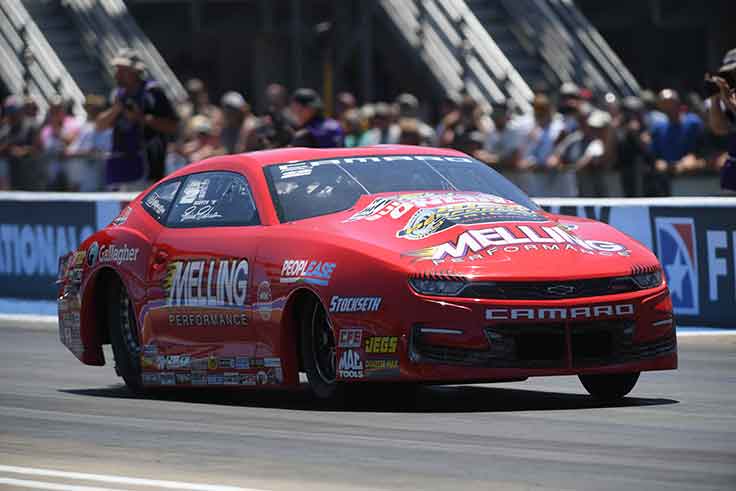 Erica Enders was about two gear changes away from her fifth win in seven events this season but the engine in her Melling/Elite Camaro had other ideas. The final should have been over when Aaron Stanfield shook the tires, but after Enders’ car started spewing volumes of white smoke, Stanfield was quick to get back on the gas and drove in one of the craziest Pro Stock finals we’ve seen in a while.

Perhaps a mechanical failure is the only way that Enders can lose a race right now. She’s 19-3 in elimination rounds this season and has built an 83 point lead over second-ranked Stanfield and a 209 point bulge against third place Kyle Koretsky. How many events will she win this year? It’s hard to tell but if one were handicapping her chances, 10 would seem like a fair number.

SHAWN LANGDON CAN DRIVE (AND WIN) IN JUST ABOUT ANYTHING 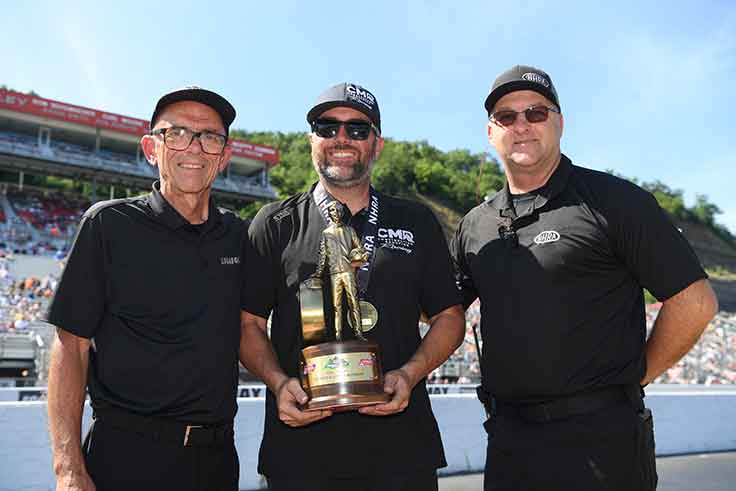 The 2020 Indy win notwithstanding, Shawn Langdon has admittedly had a rough couple of years at Kalitta Motorsports but the tide seems to be turning in his favor. If nothing else, Langdon’s performance in Bristol remined us of just how good he can be, and how he can adapt to almost any situation.

Langdon made one of his infrequent appearances in Super Comp in Bristol and cashed in with a final round win over fellow world champ and incoming points leader John Labbous Jr. Nothing about 8.90 class racing is easy, especially where Labbous is involved. Langdon then went to the final in Top Fuel, where tire smoke prevented what might have been a storybook finish .

JUSTIN ASHLEY IS A THREAT TO WIN THE TOP FUEL TITLE 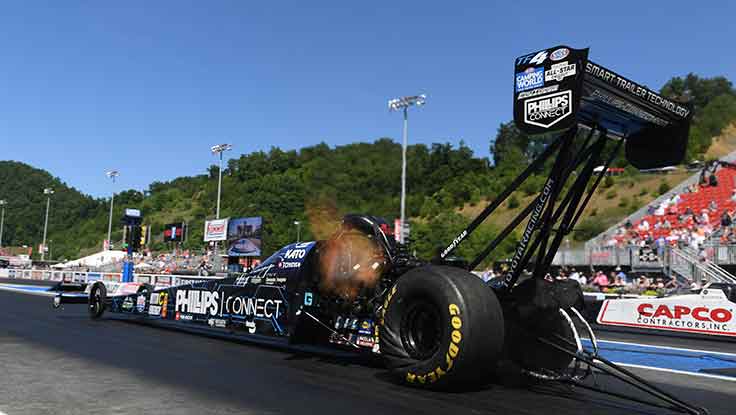 If you made a list of the things you’d need to win the Camping World Top Fuel title, they would certainly include a driver who gets off the starting line on time and keeps the car in the groove as well as tuners who can adapt to both warm and cool weather racing. At this point it appears that the Davis Motorsports Top Fuel team has those elements, and they’ve put them to good use.

Justin Ashley won the season-opener in Pomona back in February and he scored again in Bristol, which are two completely different venues. Ashley’s Phillips Connect dragster can run 3.6s when conditions allow and his reaction times have been largely consistent. The team also doesn’t abort many runs which helps explain why they’re just 52 points out of first place.

MARC INGWERSEN IS SOMONE WORTH WATCHING IN PRO STOCK MOTORCYCLE 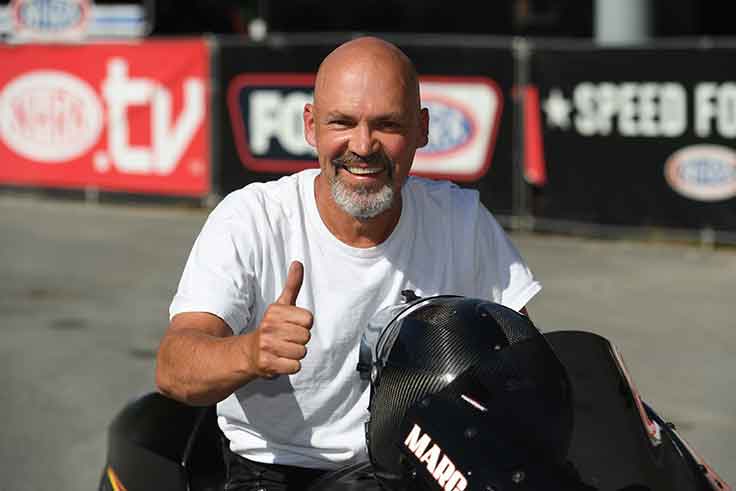 Admit it, unless you follow the Pro Stock Motorcycle class closely, you’ve probably never heard of Marc Ingwersen, but he’s worth a look since he nearly made the final round in Bristol, and it wasn’t by accident. Ingwersen was well ahead of Angelle Sampey in the semifinals when he suffered a mechanical problem and slowed. He likely would have given Jerry Savoie a fair fight had he gotten to to the final

The Ohio-based Ingwersen has raced in NHRA events on and off for the last few seasons but had never won an elimination round until this season. That changed in Gainesville where he upset three-time world champ Angelle Sampey in round one. At that event, Ingwersen also rode his Buckeye H-D entry to a personal best 6.84 elapsed time. Following back-to-back semifinals in Richmond and Bristol, he’s climbed to No. 9 in the standings.