Five things we learned at the NHRA New England Nationals

MIKE SALINAS IS FOR REAL 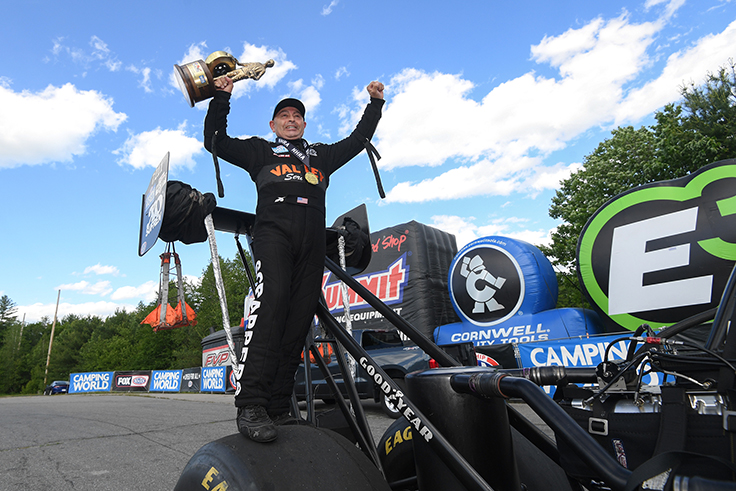 If his wins in Phoenix and Charlotte weren’t convincing enough, Mike Salinas cemented his status as a legitimate championship contender by grabbing his third victory of the season in Epping. Salinas came into Epping as the third-ranked driver in Top Fuel and left just 30 points behind leader Brittany Force after beating Justin Ashley in the final round. Salinas admittedly had a bit of luck on race day, but the Scrappers team was there when it counted most, including a 3.729 in the final round that Ashley could not match. As an added bonus, Salinas got to celebrate along with his daughter, Jasmine, who won the Top Alcohol Dragster title at the NHRA Lucas Oil Drag Racing Series Central Region event held at Summit Motorsports Park in Norwalk.

STEVE TORRENCE ISN’T AS FAR OFF AS ONE MIGHT THINK 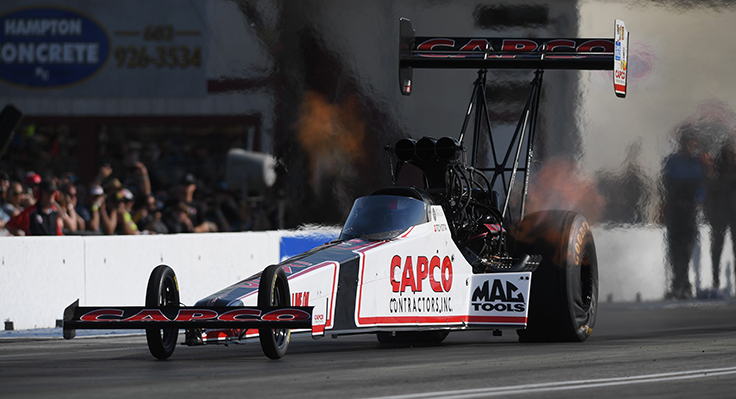 For the last month or so, one could hear the whispers of "What’s wrong with the Capco team?" emanating from the pit area. It’s somewhat understandable because Torrence has won a staggering 35 events during his four championships seasons from 2018-21, but he’s winless through the first eight events this season. Torrence has made it known that his team, led by Richard Hogan and Bobby Lagana, have been experimenting with a completely new combination this season. That combination appears to be on the verge of yielding dividends as Torrence was the low qualifier and set the New England Dragway track record with a 3.664. Torrence was mostly unfazed by his stunning round-one loss to rookie Scott Farley, and given the overall picture, that is understandable. Smart money says he’ll be a factor during the Countdown to the Championship, and most likely sooner than that.

Apologies to Ron Capps, John Force, Bob Tasca III, Cruz Pedregon, and the rest of the Funny Car field, but right now, it's apparent that Matt Hagan and Robert Hight have separated themselves from the rest of the pack. Hagan and Hight raced in the Epping final with Hagan collecting his third win of the season for the new Tony Stewart nitro team. Hagan has now been to six finals in the first eight races and has an impressive 23-5 record in elimination rounds. Hight’s numbers aren’t any less remarkable as he’s got a 21-5 record this season and has appeared in five finals. Currently, Hagan leads the Camping World standings, and Hight is just 41 points back. Ron Capps is a distant third, 163 points out of the lead. 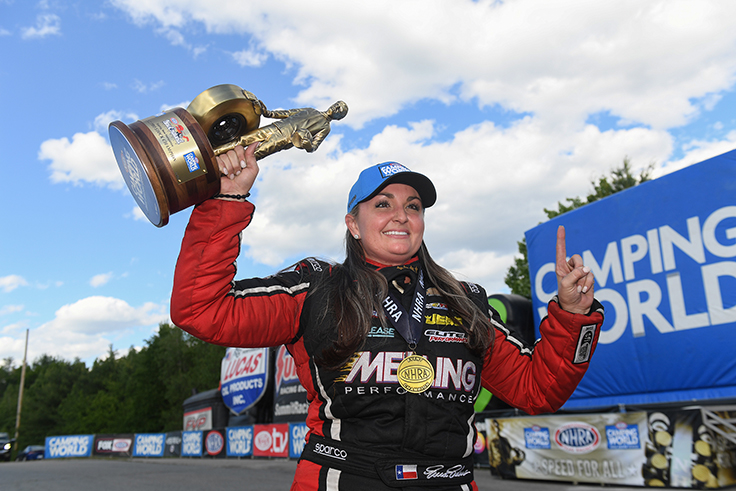 The Pro Stock class has appeared at six events so far this season, and four-time world champ Erica Enders has left with the Wally at four of those races, including Epping, where she topped teammate Aaron Stanfield in the final round. So far, Enders has lost just twice this season. She dropped a close race against Mason McGaha in the quarterfinals in Phoenix and then suffered an embarrassing holeshot loss to Bo Butner in the first round in Gainesville. Otherwise, she’s been nearly perfect with 16 round-wins to stretch her lead in the standings to 108 points. Enders and the Elite Performance team will now head to Bristol riding a 12-round winning streak.

GREG ANDERSON IS DUE FOR A BREAKTHROUGH WEEKEND 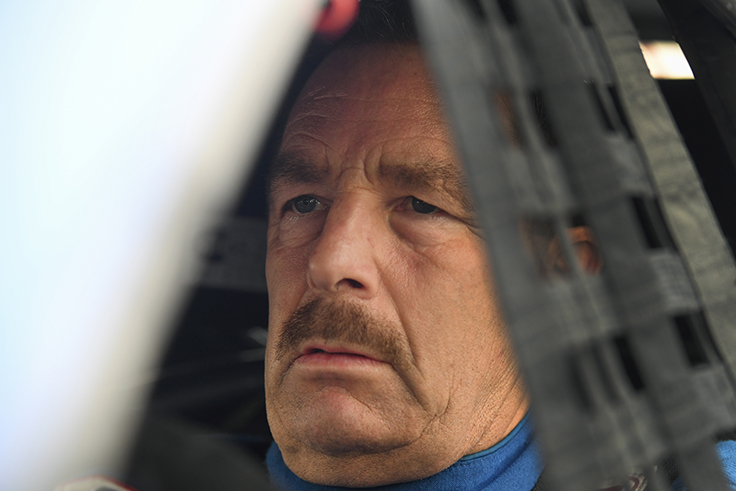 The same people who openly wonder what’s wrong with Top Fuel champ Steve Torrence should rightfully be asking the same question about five-time and reigning Pro Stock champion Greg Anderson. Followign a 2021 season that included five wins in nine finals and 12 low qualifier awards, Anderson and the HendrickCars.com team are still winless this season. It’s also hard to ignore Anderson’s performance in qualifying this season, where he’s been mid-pack at several events. Regardless, there are clear signs of progress. Anderson gave up lane choice to Camrie Caruso in Epping, yet he came through with a solid 6.535 on race day to score the victory. Anderson is still chasing his milestone 100th career NHRA victory, and much like Torrence, he’s likely to get there sooner rather than later.