Five races into the 2022 NHRA Camping World Drag Racing Series season, it’s clear that the sport is thriving, with packed grandstands, record-setting runs, and NHRA’s trademark diversity of winners, points that were all reinforced before a sellout crowd at the NHRA SpringNationals in Houston.
25 Apr 2022
Kevin McKenna, NHRA National Dragster Senior Editor
Feature

Five races into the 2022 NHRA Camping World Drag Racing Series season, it’s clear that the sport is thriving, with packed grandstands, record-setting runs, and NHRA’s trademark diversity of winners, points that were all reinforced before a sellout crowd at the NHRA SpringNationals in Houston.

The sold-out sign went up early on Sunday, and the fans who made it in got to see a few surprises and a couple of not-so-surprising winners crowned. The final NHRA SpringNationals at Houston Raceway Park was one for the record books with track-record performances, incredibly close qualifying, and fantastic side-by-side racing on Sunday, a hallmark of the season so far. Competition across all four Camping World Series classes has never been tighter, and the track records that have tumbled through the season's first four events kept falling in Houston.

There were plenty of dramatic moments across all four Pro classes in Houston, including the first all-female Pro Stock final in NHRA history, pitting four-time world champion Erica Enders against rising rookie Camrie Caruso. Enders was joined in the winner's circle by Top Fuel winner Brittany Force, who along with Caruso and Karen Stoffer led a three-class domination of females topping Friday qualifying.

In all, it was a fitting send-off for one of the sport's great supertracks. Here’s five things we learned from the event:

THE FANS ARE BACK! 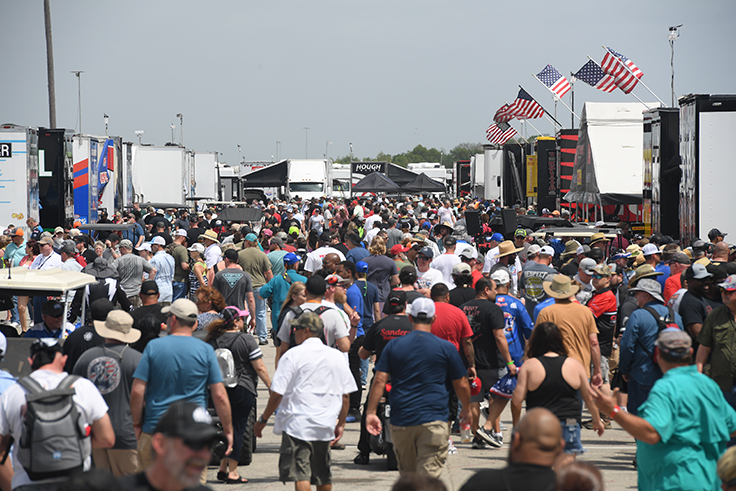 For more than three decades, Houston Raceway Park has been home to an NHRA national event, and it’s been the site of some of drag racing’s most historic moments. That chapter is coming to a close as this year’s SpringNationals is scheduled to be the final NHRA Camping World event held at the historic facility, and no one wanted to miss the chance to see more history, and they were rewarded.

Saturday's full house and Sunday's complete sellout of all tickets continued a season-long trend of NHRA fans returning in large numbers to witness the fastest motorsport on the planet. Recognizing the significance of the race, Houston fans not only turned out in record numbers, but they took the time to soak up every precious moment of the experience. Hours after the final rounds, fans were still milling around the starting line, taking photos, and genuinely enjoying themselves.

CAMRIE CARUSO IS THE REAL DEAL 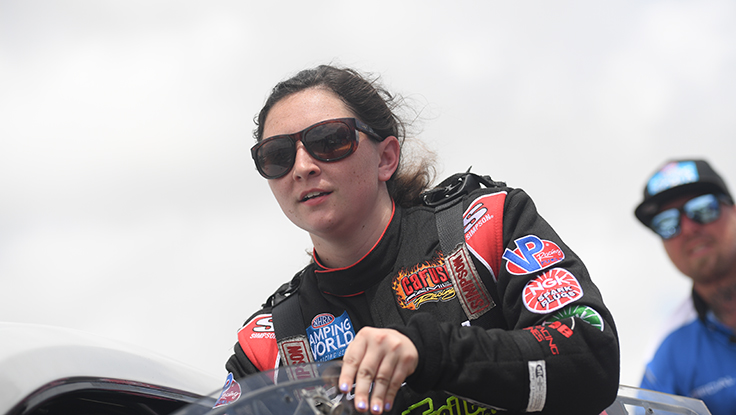 Just five races into her career and rookie Camrie Caruso is already the talk of the Pro Stock pits. Caruso had very little experience in a 210-mph Pro Stock car when she made her debut in Pomona, but she hasn’t looked out of place for even a moment. She performed well at the first four races, winning a couple of elimination rounds, but in Houston, she stepped up her game dramatically by qualifying No. 1 and reaching the final.

Caruso got past Fernando Cuadra and Bo Butner in the first two rounds and then earned an impressive holeshot win over reigning champ Greg Anderson. Although she came up short against Erica Enders in the final, Caruso’s stock is clearly on the rise, and at this point, she’s practically a lock to win the NHRA Rookie of the Year award.

BRITTANY FORCE HAS REINVENTED HERSELF 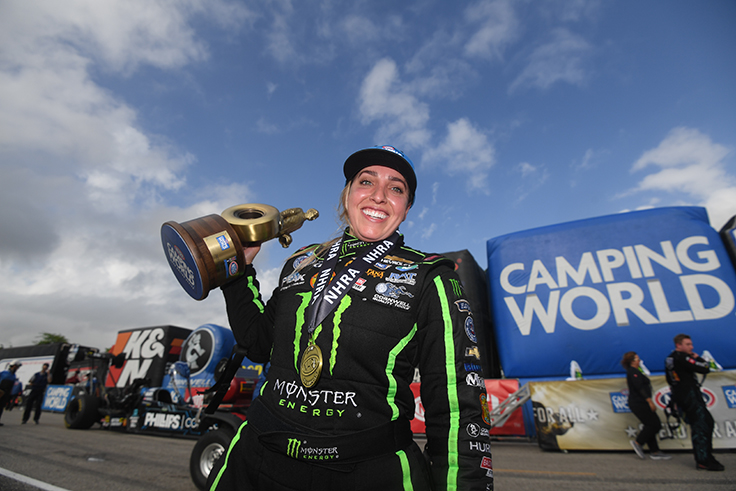 Not to belabor the point, but Brittany Force clearly struggled last season with multiple holeshot losses that likely cost the Monster Energy team their second Top Fuel title. Force takes her career seriously, so she did what all successful athletes do and worked hard to up her game. The results have been dramatic, as she’s now won two of the first five races of the season and has retaken the points lead from Steve Torrence.

Force admits that her reaction times are still a work in progress, but she clearly has the ability to rise to the occasion. Exhibit A is the final round against Justin Ashley. Racing against arguably the best starting-line driver in the class, Force had her best light of the day with a .041 to Ashley’s .074, and she won on what NHRA announcers like to call a “baby holeshot.”

MATT SMITH IS A SAVVY RACER 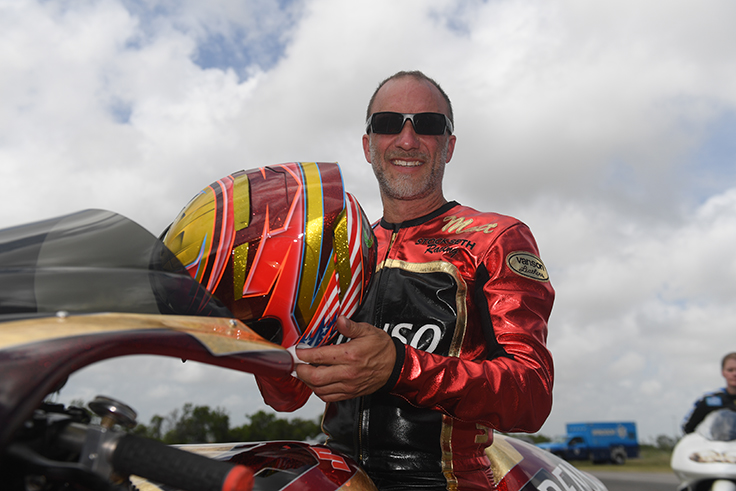 OK, we’ve known this for a long time, but Smith’s decision to park his new Suzuki before the Pro Stock Motorcycle final in favor of last year’s Denso Buell smacks of pure genius. For many years, NHRA rules have allowed a professional team to withdraw a vehicle at any time during the event and replace it with another vehicle, as long as that entry hasn’t previously raced in the event.

Heading into the final, Smith found himself down by nearly a tenth of a second to Steve Johnson, and from a mechanical standpoint, something clearly wasn’t right with his Suzuki. Smith quickly unloaded last year’s Buell and took his best guess at a tune-up. The Suzuki and Buell bikes require two very different riding styles, but Smith adapted and made a competitive 6.81 run. He didn’t beat Johnson, but the move clearly shows the lengths he’s willing to go in order to win a race.

MATT HAGAN IS GOING TO BE A HANDFUL THIS YEAR 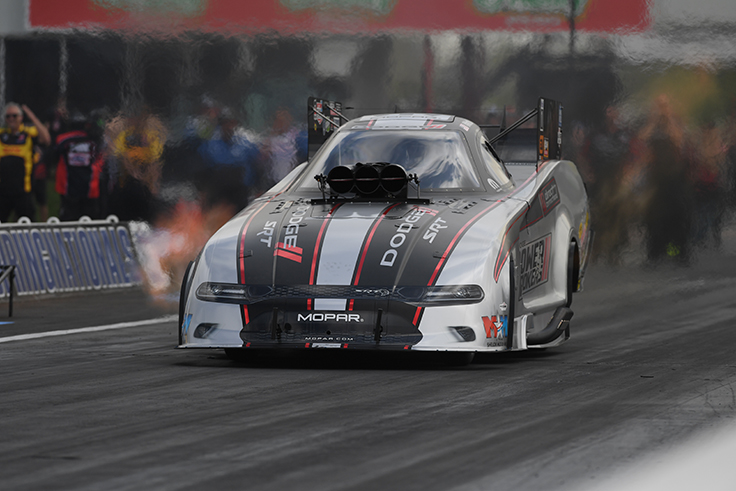 This is something else we already knew, but the Dodge Power Brokers driver delivered a standout performance in Houston to extend his lead in the Camping World standings. While some teams struggled to find consistency on race day, Hagan delivered with runs of 3.95, 3.93, 3.93, and a final round 3.98 to win his 41st national event.

In his first season as a member of Tony Stewart Racing, Hagan and crew chief Dickie Venables have consistently delivered with two wins, two runner-up finishes, and a sterling 15-3 record in elimination rounds.