Five Things We Learned at the Auto Club NHRA Finals

The Auto Club NHRA Finals rang out the 2022 season in style, and the schedule finale was packed with wild turns, eye-raising moments, high drama, and, best of all, lots of expectations built for the 2023 season. Here’s a look at our five big takeaways from the event.
14 Nov 2022
Phil Burgess, NHRA National Dragster Editor
Feature

The Auto Club NHRA Finals rang out the 2022 season in style, and the schedule finale was packed with wild turns, eye-raising moments, high drama, and, best of all, lots of expectations built for the 2023 season. Here’s a look at our five big takeaways from the event. 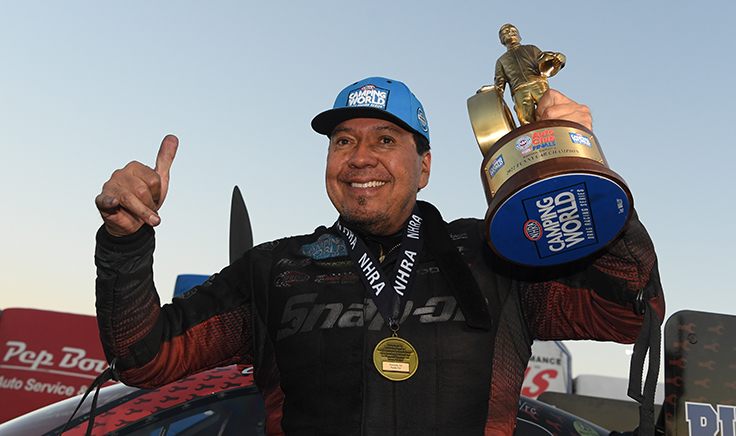 Cruz Pedregon went 16 years between his first and second world championships in the super competitive world of Funny Car racing, but based on what we saw in Pomona, No. 3 might come just 15 years after his last crown in 2008.

Pedregon looked unstoppable at the Finals, reeling off a bracket-like string of four flawless 3.84-second career-best passes in qualifying and then blitzing through the field on Sunday, capping it with yet another career-best run in the final round.

The installation of a six-disc clutch just after the NHRA US. Nationals and the addition of veteran consultant Lee Beard gave “the Cruzer” and crew chief John Collins the right recipe to drive a stake of fear into the heart of the class for 2023. 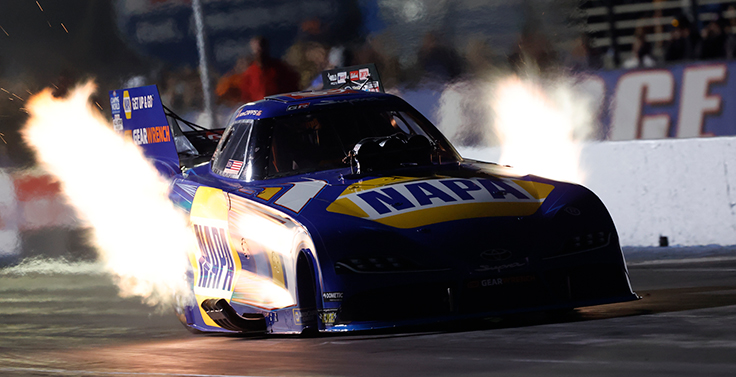 Although it’s always a good game plan to be in the points lead heading into the season finale, second place paid off for a number of drivers this year, starting with Ron Capps in Funny Car and continuing on down to Jimmy Hildalgo in Stock and Bob Locke in Super Gas, all of whom won world championships from behind.

All it took from Capps was a Funny Car version of Tony Schumacher’s “The Run,” a jaw-dropping pass in the final qualifying session that gave him the No. 1 spot in the field and the bonus points to chip away at Robert Hight’s lead, which paid off handsomely Sunday, where he won the title by just three points.

Hidalgo needed not only a long run in eliminations for his first Stock title but also a page from the rulebook to win a tiebreaker with Brad Burton which, as it turned out, was an at-the-time under-the-radar head-to-head race two weeks earlier in Las Vegas.

Locke needed nothing less than a mic-drop event win to pass Phil Unruh for the Super Gas title, and his walk-off winner in the final round provided just that.

EXPECT THE UNEXPECTED IN POMONA

Building on the above, Pomona always seems to deliver the kind of scripts and wild moments that could have been conjured up in a writer’s room just a stone’s throw away in Hollywood, Calif.

How else do you explain the stunning development in Top Fuel, where the many who had settled down for a long day of championship drama had barely sat down and scooped a handful of popcorn before it was over and Brittany Force’s title challengers all lost in round one?

Or, in what has become an increasingly infrequent site at the drags, seeing a Funny Car body launched in the middle of battle, as John Force did in round two against Cruz Pedregon?

Or the wild finish to the Top Alcohol Dragster final, where Taylor Vetter’s first career win ended up with a crash past the finish line? She was OK, and the car was barely damaged, but it had to be one of the weirdest winner’s circles since Vonnie Mills crashed in the final round of Super Gas at the 1990 Gatornationals? 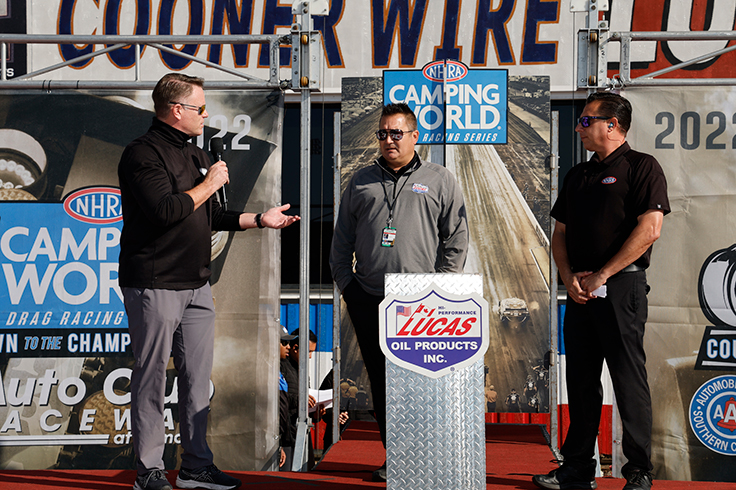 The NHRA heads into the postseason with a huge amount of momentum from numerous sources. Prior to the event, NHRA and In-N-Out Burger announced a partnership that will bring naming rights to both the fabled Pomona track and the 2023 season finale.

More great news followed Sunday morning when it was announced that Lucas Oil was extending its long-running and treasured support of NHRA’s Sportsman racing series.

The return of Maurice DuPont in Top Fuel with high-profile backing from boxing legend Floyd Mayweather and actor Kevin Hart continued a trend of non-traditional support that was best evidenced by NASCAR team owners Tony Stewart and Rick Ware joining Rick Hendrick on the NHRA scene, and there has been a lot of talk about even more new drivers and teams coming in, about expansions and new sponsorships.

It’s a good time to be an NHRA fan or racer.

GET READY FOR AN EPIC SILLY SEASON

There has been a lot of talk the last two weeks about expected offseason news that began to crystallize at the event — we saw announcements of a new sponsorship for five-time world champ Erica Enders and the reunion of Tony Schumacher and tuner Mike Neff — but the best is still to come.

We’ve already received whiffs of news about driver changes, team changes, sponsor changes, engine-builder changes, and, as mentioned above, some expansions and new partnerships at the team level. We’ll even announce some new Division Directors.

It’s going to be a news-filled winter. Pull up a chair.