Former Pro Stock superstar Vincent Nobile will return to zMAX Dragway, where he's experienced so much success, but will do it this time in Super Comp, as a member of his new, extended family.
27 Apr 2022
Kelly Wade
Feature

Vincent Nobile surprised everyone when he dipped into Super Comp in a borrowed ride last season, and the driver most known for his prowess in Pro Stock enjoyed it so much that he will be campaigning a Super Comp entry of his own this year. With one win already on his scorecard — earned two weeks ago at the National Open held at revered Atco Dragway — Nobile is very much looking forward to his national event season debut at the upcoming Circle K NHRA Four-Wide Nationals in Charlotte. 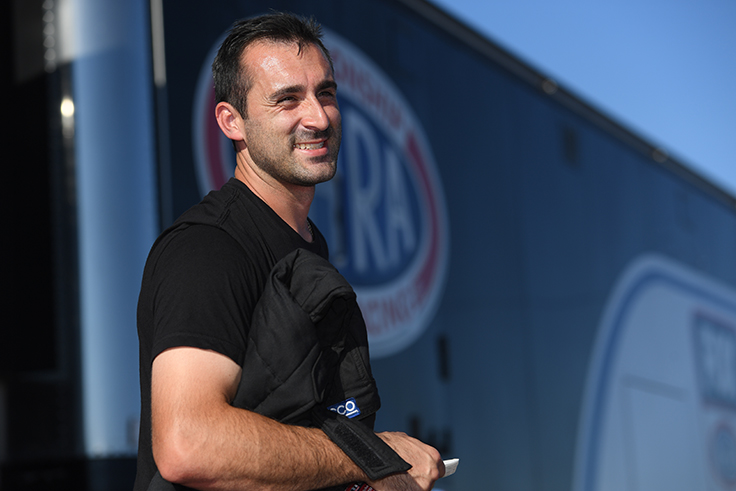 "I just wanted to race," said Nobile, a former NHRA Jr. Drag Racing League competitor who claimed 13 coveted trophies in the highly competitive Pro Stock category before he was sidelined without a sponsor at the end of 2018. "I got tired of sitting at home, so I said, 'What can I afford, and what's competitive?' "

Looking for a challenge he could sink his teeth into, Nobile initially set out to build a dragster that he could take to big-money bracket races. However, when he and Sportsman racer Taylor Iacono became engaged to be married, Nobile began to rethink the direction of his racing program.

"Taylor's whole family races NHRA, and I decided I didn't want to go bracket racing because while I was doing that, Taylor and her family would be somewhere else. What fun is that?" said Nobile. "So, I decided to transition [to Super Comp] to spend time with the family and get to race with everybody." 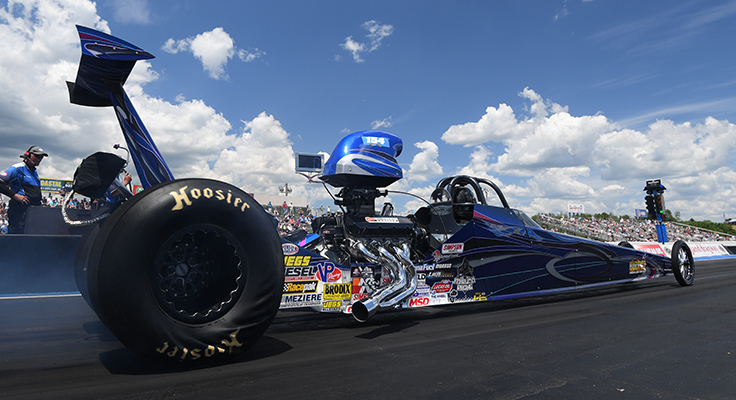 Nobile drove the Super Comp dragster owned by Taylor's father, Tony Iacono, at a handful of events last year, including the New England Nationals in Epping. This year, in his own car, he plans to race the NHRA Northeast Division schedule, as well as a national event or two, starting this weekend at zMAX Dragway.

The dragstrip situated properly in Concord, N.C., just a stone's throw from the esteemed NASCAR facility, has been a most excellent host to Nobile in the past. During his tenure in Pro Stock from 2011 to 2018, he appeared in six final rounds there. Nobile has yet to win in Charlotte, but after warming up with a successful trophy run at Atco, it is possible that the stars could finally align.

"It was exciting to win, and I was pretty proud of it," he said. "When it's your day, it's your day, and I definitely caught a couple of breaks. I know this is going to be tough. It's not going to come easy. I won the first race out this year, but a lot of that was coincidence, and I had a lot of help."

Taylor's family is rich with decorated drag racers, including her father, Tony, and her aunt and uncle, Shawn and Jackie Fricke. Nobile's father, Pro Stock veteran John Nobile, has been hands-on with everything having to do with the new Super Comp car as well.

"Without everyone's help, I would be a sitting duck," admitted Nobile. "It's easier to drive than a Pro Stock car, per se, but as far as the competition goes, it's much more competitive. In Pro Stock, a lot of the time there are maybe 10 cars that have a realistic chance of winning the race. But in Super Comp, anyone entered can win, and it makes it much harder.

"I don't anticipate this will be easy at all. I think it's going to be extremely difficult. You can be double-oh and nearly dead-on and go home," he continued, referring to what would be a near-perfect reaction time and a pass that almost identically matches the 8.90-second target set for the class.

"But I go out there to win, just like everybody else. My goal is to win some races, and obviously, I'd love to win the division. Further out into the future, maybe win the world championship. I can't express how difficult this class is, but I'm going to shoot for the stars. I have a lot of good help and people behind me, and if I can stay focused, who knows what can happen."