Last year, Josh Hart played the spoiler, beating a trio of Top Fuel title contenders. Now in the Countdown playoffs for the first time, Hart hopes a second straight victory at the Betway NHRA Carolina Nationals can put him in the thick of the championship conversation.
21 Sep 2022
Posted by NHRA.com staff
Feature

A year ago, Josh Hart played the spoiler role perfectly in his fall visit to zMAX Dragway during his rookie season, beating a trio of Top Fuel title contenders en route to second career NHRA Camping World Drag Racing Series victory. Now in the Countdown to the Championship playoffs for the first time, Hart hopes a second straight victory at the Betway NHRA Carolina Nationals can put him in the thick of the championship conversation.

Hart’s playoff debut in his 11,000-horsepower R+L Carriers dragster didn’t go as planned last weekend at Maple Grove Raceway, with the rising star falling in the opening round. That dropped Hart to seventh in points, but this weekend represents a perfect bounce-back weekend, especially considering his zMAX Dragway résumé. 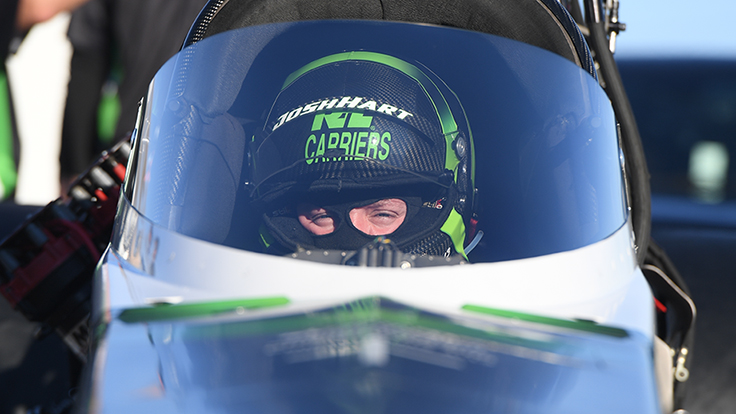 Last year, Hart beat the likes of Mike Salinas and points leader Justin Ashley en route to the final round, and then got past former world champ Brittany Force, who had been the points leader in the class for the bulk of the 2022 season, to collect a second win in his storybook rookie season. Hart just missed out on qualifying for the Countdown to the Championship last year, but he’s been determined to make the most of his first postseason appearance this season.

"We didn't start the Countdown the way we planned, but this R+L Carriers team isn't hanging our heads,” Hart said. “We won this race last year, and I have a lot of confidence we can do that again. We have to start making up rounds, but I truly believe anything is possible. Our goal is to make quick runs starting on Friday night and start chipping away at the points lead."

Hart (Top Fuel), Tim Wilkerson (Funny Car), and Kyle Koretsky (Pro Stock) won last year’s playoff race, and this weekend’s will be broadcast on FOX Sports 1 (FS1), including eliminations at 3 p.m. ET on Sunday. It is the second of six races in the Countdown to the Championship playoffs, and Hart is thinking big heading to Charlotte. 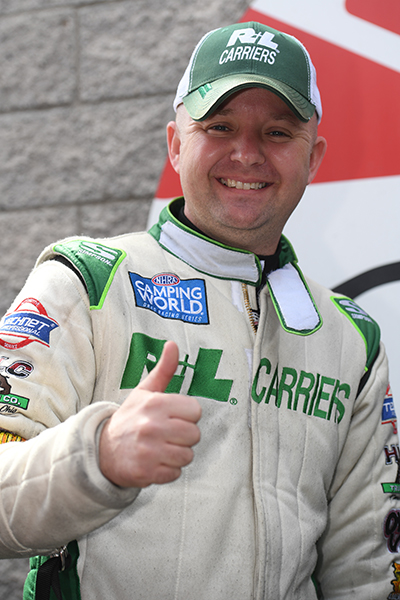 He’s also looking for his first win of the 2022 season in a year that’s featured plenty of consistency in a loaded Top Fuel field. That put Hart fifth heading into the Countdown to the Championship, and even after the first-round hiccup last weekend, he remains just 33 points out of fourth.

Hart showed his talent last year, but nothing comes easy in a class that also features four-time defending world champ Steve Torrence, who has dominated in Charlotte in recent seasons, Indy winner Antron Brown, Leah Pruett, Tony Schumacher, and Reading winner Austin Prock, who jumped all the way to sixth in points with his win last weekend. Hart, though, has enjoyed every minute of the high-intensity moments and has embraced performing on a high level in Top Fuel.

"We have learned a lot this season, and we are still a young team,” Hart said. “The success we had in my rookie year was not a fluke, and we have a championship caliber group. Thanks to R+L Carriers, TechNet, and all our sponsors I am living my dream of racing against the best Top Fuel teams in the world. We are going to keep proving that we belong. Charlotte is a great facility, and I can't wait to get back there and start turning on win lights."