Much has been spoken about the value of a "can-do" attitude, but Clay Millican has found that a "want-to" demeanor has moved mountains in his Top Fuel career. This weekend, Millican will be leaning into that stance as he aims to collect a second NHRA Thunder Valley Nationals trophy.
14 Jun 2022
Kelly Wade
Feature

Much has been spoken about the value of a "can-do" attitude, but Tennessean Clay Millican has found that a "want-to" demeanor has moved mountains in his Top Fuel career. This weekend, at Bristol Dragway's NHRA Thunder Valley Nationals, Millican will be leaning into that stance as he aims to collect a second Bristol Dragway trophy.

Although he and his Stringer Performance Parts Plus team fell early in Richmond and Epping, the 2017 Bristol winner remains well-pocketed in the Top 10 and flowing with optimism.

"The goal is obviously to win everything you go to, but for our little group to be right in the middle of the points has been pretty dang amazing," said Millican, who is currently No. 6 in the Top Fuel standings. "[For the first part of the year] we were consistently turning on win lights, even with a crew chief change at a very odd time. The people around here have the want-to, and that's always the most important thing. No matter what you're doing, it has to be about how bad you want it."

The map of Millican's life is pinned with drag racing milestones in testament to his wherewithal: He is a six-time IHRA Top Fuel champion with 51 wins and was inducted into their inaugural Hall of Fame class in 2021. In NHRA competition, Millican made his first Top Fuel start in 1998 and gave it his heart and soul for two decades before finally claiming his first win at the 2017 rendition of the Thunder Valley Nationals in what was his ninth NHRA final round. 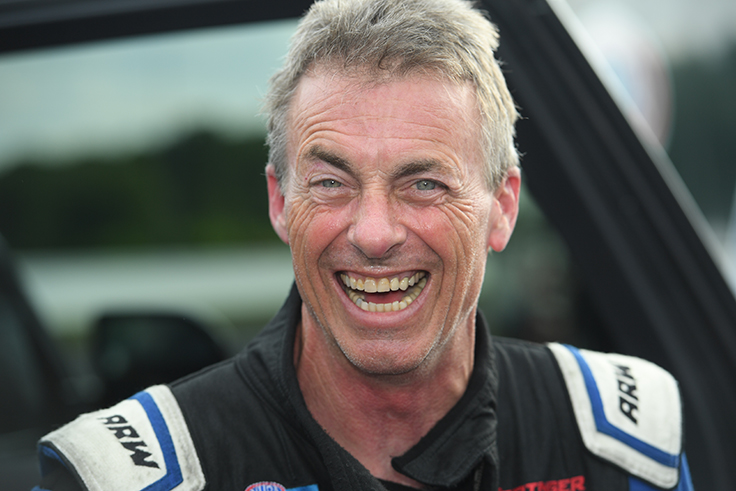 The next season, victories in Topeka and Chicago proved that Millican's long-awaited win was not a fluke. To date, he has reached 19 final rounds with determination and an infectious, positive vibe that never seems to waver. Again, he said, it comes down to the want-to.

"That term came from my momma," he explained. "People would always ask her, 'How did Clay get to do this?' We didn't come from money. We had a tiny little itty-bitty mom-and-pop grocery store. Her answer was always, 'He has the want-to. He wants to do this more than anything.'

"I did without some of the things that other kids were doing when I was young, because all I wanted was to have the next part to make my car go faster. I just wanted to go fast. I bracket raced forever, and I was horrible at it because I wanted to make my car go faster instead of working on making it consistent. I still have that want-to. I want to be out here racing with the best in the world. Somehow, some way, over 20 years later, I'm still here."

Surrounding himself with individuals who share the same mentality has been key in continuing his mission. Millican works closely with his team owner, Doug Stringer, to create a family atmosphere in their pit area. 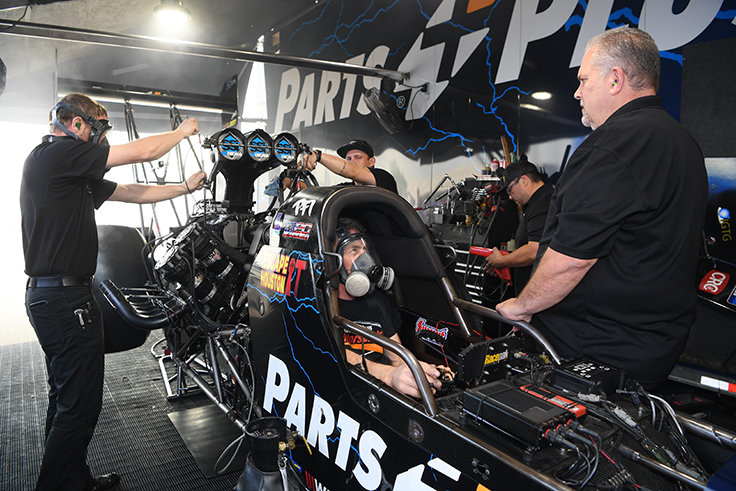 "The people who are out here and have done this for a while, they know they're not going to get rich doing it," he said. "But they have the love and passion for what they're doing on the race car, and they're striving for the absolute best results possible. That doesn't always mean winning, but if you know you made the run you wanted to make, you take pride in that. That's what keeps you going, keeps you willing to give up sleep and being at home. Those are the type of people that make for a great race team, and that's where we are.

"Nothing will ever be as big as winning Bristol in 2017," Millican continued. "I've won for me and Donna and my family, and we've won since then, but I so badly want to one for this group who has given up so much to do this. I want to win for them."