Between racing at The Strip and the SEMA Show, it's busy week in Vegas for Paul Lee

It’s the busiest week of the year for Paul Lee, with the NHRA Nevada Nationals this weekend and the SEMA Show starting Tuesday where he will host a booth representing his many companies and his race team at the aftermarket industry’s big showcase.
29 Oct 2022
Phil Burgess, NHRA National Dragster Editor
Feature

It’s the busiest week of the year for Paul Lee, with the NHRA Nevada Nationals this weekend and the SEMA Show starting Tuesday where he will host a boost representing his many companies at the aftermarket industry’s big showcase.

Until Sunday, his focus is on racing his Funny Car and assisting his stablemate, Top Fuel sophomore Krista Baldwin, as they try to grow into a full-time two-car team.

It’s been a year of change and transition for Lee after leaving the Stringer Performance satellite operation, hiring two new crew chiefs, and adding yet another company, Powertrain Technology, to his business portfolio that already includes McLeod, FTI, and Silver Sport.

The Nevada Nationals is just the 14th race for the team, and they’ll finish with 15 at the Auto Club NHRA Finals and they continue to hone the operation into a solid three-second performer. They were just one of five cars to run in the threes in both Friday sessions and started Saturday in the eighth position.

It's been quite a turnaround after a season that started poorly with a DNQ at the Winternationals and first-round losses in Phoenix and Gainesville that led to tuner Jim Oberhofer leaving the team and the hiring of Jason Bunker, who had been working with Tony Jurado, and Dustin Heim, Rahn Tobler’s longtime right-hand man at Don Schumacher Racing.

“We're happy,” he said. “We're starting to turn around. I gave them their chance. They never had been crew chiefs before, and I thought I’d give the young gun a chance. They’d never worked together, but they work together like a true team. I'm impressed by how well they listen to each other. There's no egos. I'm pretty happy with that relationship and the progress we’ve made.” 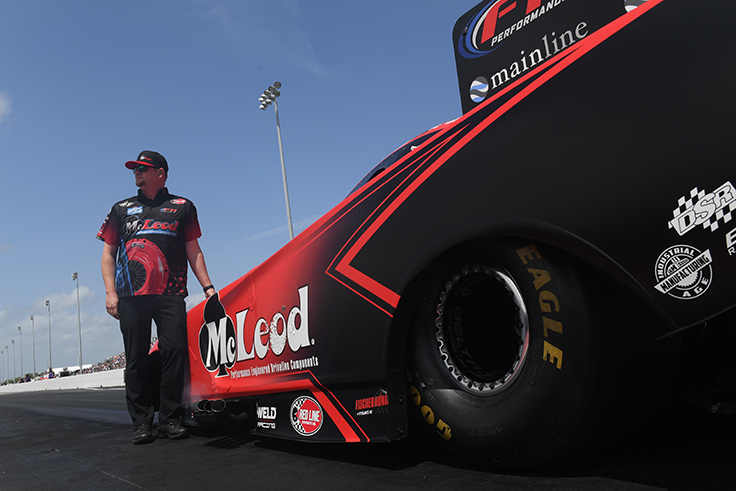 The team will make the change next season to a six-disc combination, finally abandoning the five-disc tune-up they inherited with the ex-NAPA car when they bought it from DSR. That purchase, and Oberhofer’s friendship with then-NAPA crew chief Rahn Tobler, was the easiest path to success, and when Heim joined Lee’s team, and was familiar with the tune-up as well, it stayed.

Not counting 2020’s 11-race Covid season, Lee hasn’t run a full season since 2011, when he finished 13th, He finished ninth in the abbreviated 2020 season but his goal is to be a Top 10 car in a full season and contend for race wins.

Lee won three events in Top Alcohol Funny Car and developed a thick skin racing in Division 1 where he was often on the losing end of races with heavyweights like Frank Manzo, Bob Newberry, and Paul Gill.

“You either learn it learn how to win or suck it up,” he said. "Manzo kicked my ass for years but the last few times I raced Manzo, I beat him.

That thick skin has helped him since his move to nitro Funny Car in 2005 as he’s won just 29 rounds in 125 races and reached the semifinals just once, in 2020, but he’s got the parts now and the burning desire to be among the class’ elite. 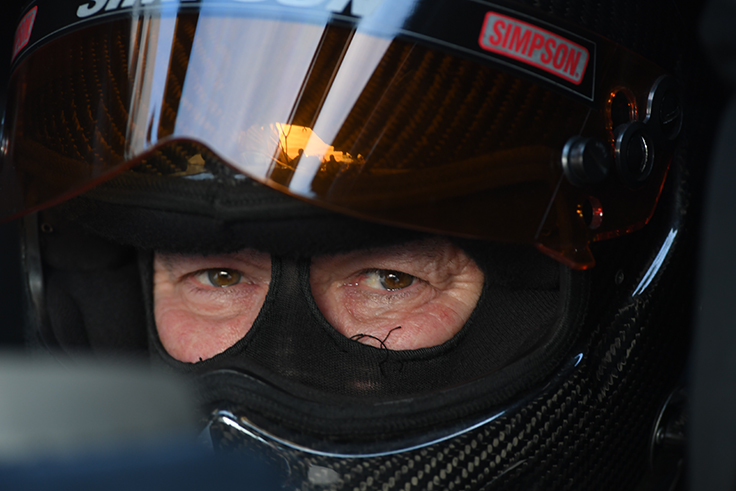 “Being a full-time team is the main goal,” he said. “It always has been since I was racing an Alcohol Funny Car back in the early 2000s and won a couple of events. Of course, running all of my businesses is my main job, and this is my hobby, but it's a professional hobby and I take it seriously. I'm not out here just to joy ride. We want to win and represent our sponsors.”

Lee hired industry veteran Steve Cole, whose credentials include a 10-year stint with John Force Racing, on Sept. 1 to work on sponsorships, and created a shared hospitality area for his team and Baldwin’s.

“Steve knows how to sell a multi-car team -– a young girl in a dragster and an older guy in a Funny Car; sound familiar? -- because a two-car team offers a better return on investment. My car is obviously the priority but we’d like to have both cars. We already have some sponsors on both cars, and it’s going well, and we just want to continue to grow it."

The infrastructure is certainly there with a full-time shop inside the DSR compound in Indy, two chassis, three bodies, and as many spares as anyone in the pits.

“I've never won an NHRA nitro Wally, but I’ve been dreaming and working for my whole life,” he said. “That's why I'm doing this. I don't do this to go up and down the track. I want to win, and I’ve got everything I need.”

Come Tuesday, Lee will be at the SEMA Show, in a 50- by 30-foot booth selling his business and himself. The Funny Car, of course, will be on display.

“We have meetings morning until night,” he said. “I have an office in our booth or we can go in and have meetings with people. We have some pretty good deals we're working on, and the reason why we have a little bit more of an advantage than some of these other guys going after the same sponsors is we can do B2B deals. We think we have a great product to sell, and a great story to tell.”

Baldwin, in just her second season since inheriting the Top Fuel operation from her grandfather, NHRA legend Chris Karamesines, she’s steadily improved both her on-track performance and her parts inventory, including a new set of heads and a new blower. The plan is for her to get a new chassis over the winter to replace the older chassis she got from Karamesines.

No matter what happens with sponsorships over the winter, Lee will start the 2023 season prepared to go the distance if he had a chance to nab another Top 10 finish.

“We’ll run the first four races and see where we’re at, and we have a chance to be in the top 10 and in the Countdown, we’ll keep going," he said."I don't want to just drive up and down the track. I already paid my dues. I want to win races and compete for championships.”