Alexis DeJoria knows how to rebound, and after her car's unfortunate run-in with the guardwall in Houston, she will have the opportunity to do that very thing in just a few days at the NHRA Four-Wide Nationals in Charlotte.
26 Apr 2022
Kelly Wade
Feature

Alexis DeJoria knows how to rebound, and she will have the opportunity to do that very thing in just a few days at the NHRA Four-Wide Nationals in Charlotte. After her car's unfortunate run-in with the guardwall in Houston eliminations this past weekend, the driver of the Bandero Premium Tequila Toyota GR Supra Funny Car will lean into her own determination and the strength of a historic team to get back on track.

"Whether it's qualifying or race day, we win as a team and we lose as a team," said DeJoria, whose program is bolstered by veteran crew chiefs Del Worsham and Nicky Boninfante. "There are no egos here. We're here to win, but we also love what we do. You have to love it to do this." 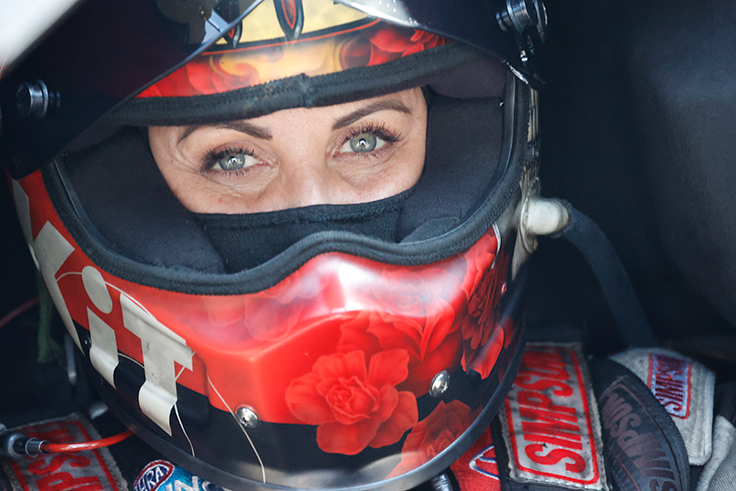 DeJoria qualified in the No. 6 position at Houston Raceway's NHRA SpringNationals after a final-round appearance in Las Vegas and drew Funny Car young gun Bobby Bode for first round. The six-time Funny Car winner's Toyota began to smoke the tires early next to Bode, and as she worked to pedal through, the car took a hard turn and made fierce contact with the guardwall. DeJoria was uninjured, though appropriately heated, in the moment.

"I saw Bode out of the corner of my eye, and I just wanted the round-win really badly," she said in her post-race wrap-up. "We've got extra bodies, extra chassis. But that's Funny Car racing for you. I'm sorry to my guys – they have a lot of work to do to get ready for Charlotte – but we're a strong team. We'll come out swinging next weekend."

Earlier in the weekend in Houston, DeJoria sat down for this interview and said, somewhat prophetically, "This is a humbling sport, and I feel very, very lucky to have the team I have."

Her crew chiefs are at the heart of the solid group, and DeJoria's camaraderie with Worsham has been foundational to the growth of her career. She originally licensed in Worsham's nitro Funny Car before making her debut in Dallas in 2011.

Fellow SoCal native Worsham was also her first crew chief in the class, and after a two-year hiatus to spend time with her teenage daughter, Bella, DeJoria returned to racing in 2020 under the DC Motorsports banner with Worsham. 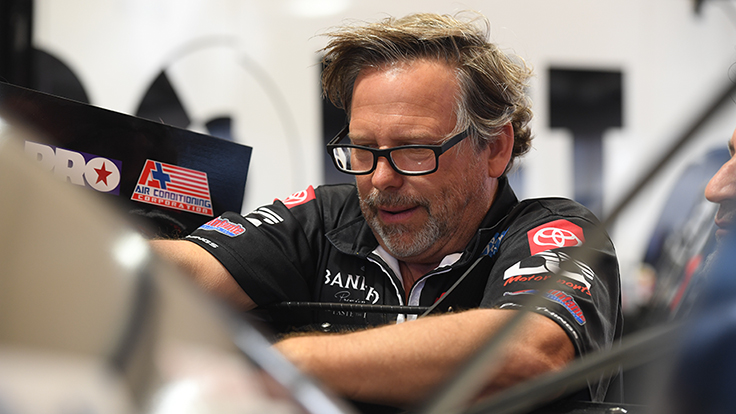 Worsham's experience is vast, as he has perspective from both the inside and outside of the car. In 1991, he became the youngest Funny Car driver in history to win an NHRA race when he upset Mark Oswald in the final round at Atlanta Dragway. Worsham has won championships as a driver in both Top Fuel and Funny Car, and he continues to occasionally hop in a race car of his own outside of the NHRA tour.

"It's really an honor and a privilege to work with someone who has had so much success in nitro Funny Car and the sport in general," said DeJoria. "Del and his whole family are just really wonderful, passionate people who love to race. He's been my mentor since Day One and my friend.

"This is a dream team, honestly. No matter where I am or if he was my crew chief or my teammate racing beside me, Del has always been there for me."

In 2021 and with Worsham and Boninfante by her side, DeJoria finished a career-best sixth in the NHRA Camping World Drag Racing Series Funny Car standings. She was twice the low qualifier during the course of the season, and she collected one win in three final rounds.

This new year started off with DeJoria and J.R. Todd both piloting the sleek new Toyota GR Supra Funny Car bodies characterized by greater downforce and better aerodynamics. The enhanced capabilities required some relearning for the crew chiefs, but ahead of Houston, the team seemed to be getting a handle on things. Their driver qualified No. 5 twice and has gone rounds at multiple events. 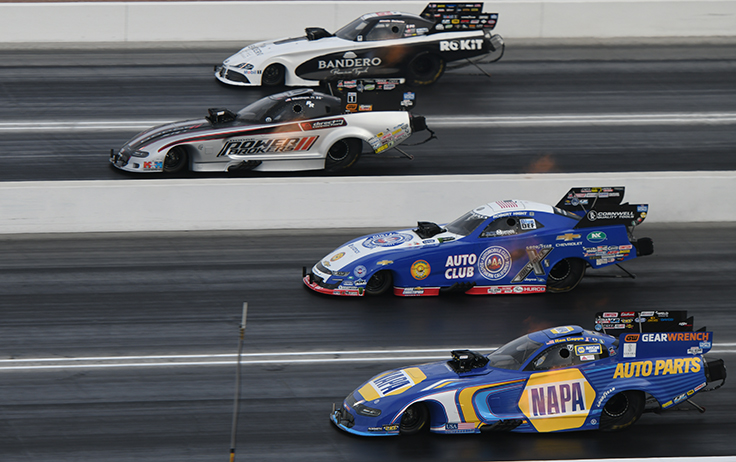 "We went to the finals in Vegas, and that was huge for us. It was definitely a step in the right direction," said DeJoria. "We made good, straight runs, and we were pumped. Consistency will be the biggest challenge for us going forward. Of course, you want to win races right out of the gate – but you have to save some of the good parts for when the Countdown [to the Championship] begins and it really matters. [Until then], it will be about consistency all the way through and getting points wherever we can.

"That's what's so great about both Nicky and Del: They work so well together, and they're so balanced. They're not just throwing stuff at it to see if it sticks; they want really good, solid runs that we can learn from. We know what we're capable of, and we want to build on that."