With two races in the books during the 2021 Countdown to the Championship, the points battles in each NHRA pro category are beginning to take shape. Or are they?

So far, no one in any class has been able to establish anything the resembles dominance which means the titles in Top Fuel, Funny Car, and Pro Stock remains wide open. Heading into the NHRA Midwest Nationals, the largest lead in any class is 65 points which is the margin Greg Anderson currently holds over Erica Enders. Brittany Force leads Steve Torrence by 21 points in Top Fuel while just five points separate Funny Car teammates Ron Capps and Matt Hagan with the top five drivers separated by just 52 markers.

This week, Tricky Tipster is going to lead off with the usual suspects and give the early nod to Steve Torrence (Top Fuel), Matt Hagan (Funny Car), and Greg Anderson (Pro Stock).

There are worse things you can do than opening the first two races of the Countdown with back-to-back semifinals but that won’t cut it for the Capco team. Over the past four years, they’ve achieved a standard of excellence that has rarely been seen in NHRA competition. Nothing less than a victory will do here and as odd as it sounds, they are overdue.
Odds: 3-1

Okay, so we know she’s going to qualify well; in fact, she’ll probably be the top qualifier and scoop up a nice handful of qualifying bonus points. That being said, the Monster team has absolutely got to find a way to close the deal on Sunday.
Odds: 4-1

Does he really deserve the No. 3 spot here? Yeah, we think so especially after his second win of the season last weekend in Charlotte. In fact, had they run all the races and made the Countdown, it’s very likely that they’d still be in the mix for the championship. As it is, he’s got a nice fight going with Pro Stock’s Dallas Glenn for the Rookie of the Year award.
Odds: 5-1

He picked an odd time to have his worst light of the season last week in Charlotte and in all likelihood, he’s a long shot at best to win a championship. If the opportunity presents itself, he’s still more than capable of winning a race or two down the stretch.
Odds: 6-1

Last week’s semifinal finish means he’s still very much a contender for the 2021 Camping World Top Fuel title and given his lights during eliminations, no one should be eager to run against him. On the surface, 74 points isn’t a lot of ground to make up in five races, but he can’t afford to take an early loss here.
Odds: 7-1

Championship contender or not? That’s tough to answer right now. The math is fairly straightforward. She’s approximately five rounds out of the lead with five races left. A win here would shorten the field considerably. She’s also had a bit of success here with a Factory Stock win in 2018.
Odds: 9-1

The Matco Tools team is still in the hunt for the title, but just barely. Trailing by 138 points, they need to make up ground and they need to do it quickly. This would be a perfect spot for them to fix whatever issues they have and make a deep run into Sunday’s eliminations.
Odds: 11-1

Essentially, he’s in the same spot as Pruett, Brown, and Mike Salinas which is badly in need of a victory in order to stay within striking distance of the championship leaders. It also appears that this car isn’t as far off as some might think. They certainly deserved better than last week’s round one loss.
Odds: 13-1 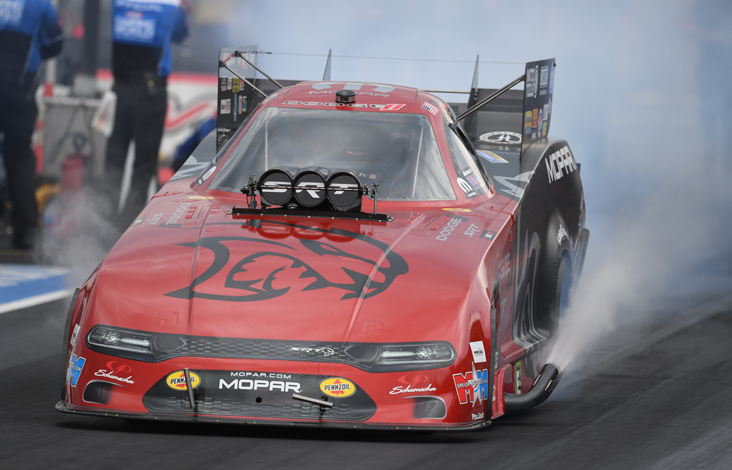 There is a reason why the Funny Car points standings are so close. Its simple, really. The top eight cars in the class are so closely matched that its almost impossible to choose a winner on any given week. That said, we’re going with the reigning champ this week just because he’s five points out of the lead and made it to the final the last time we raced here a year ago.
Odds: 4-1

He comes into St. Louis as the points leader but not by much. In fact, his slim five point margin could be gone halfway through qualifying. Regardless, he’s the leader until someone else takes it from him and the way the NAPA car has performed lately, that might not happen at all. It’s easy to imagine a multi-way battle for the title on the final week of the season and these guys will almost surely be a part of it.
Odds: 5-1

That centerline violation in Charlotte was painful as it left him 25 points back in the race for the title. That could be critical as the Countdown progresses. Then again, this is arguably the best car in the class, and he’s got three wins at World Wide Technology Raceway. He could easily regain the top spot this week.
Odds: 6-1

Not that anyone really thought his Indy win was a fluke but just in case there were some doubters, he did it again in Charlotte. Now, the question is, can he make up 72 points in five events. Sure, it’s possible, but everything is going to have to continue to go his way. No matter what, this is a car no one wants to run on race day.
Odds: 7-1

He didn’t win this race last year, but the bulk of his crew did when they were calling the shots on Tommy Johnson Jr’s car. That bodes well for another strong outing for the Snap-on Dodge. They’re 52 points out of first place and as we’ve seen countless times before, that is well within striking distance, especially with five events left.
Odds: 8-1

Lost to his old buddy Pedregon in the quarterfinals last week which was undoubtedly painful but the DHL crew is still very much in the championship picture. Ironically, he was a runner-up here two years ago to his teammate, Shawn Langdon.
Odds: 10-1

If anyone would like a do-over on the first two races of the Countdown, it’s this guy who has struggled at the last two events. That being said, there is still plenty of time for a rebound and the Auto Club team tends to do that very well. We certainly haven’t heard the last of them this season.
Odds: 12-1

It’s officially time for a hail mary play because they’re 97 points back and there are seven drivers ahead of them. Getting to the top won’t be easy, but it’s still possible. They just need to win races from this point forward. Facing this sort of a deficit, semifinal finishes just won’t cut it.
Odds: 14-1 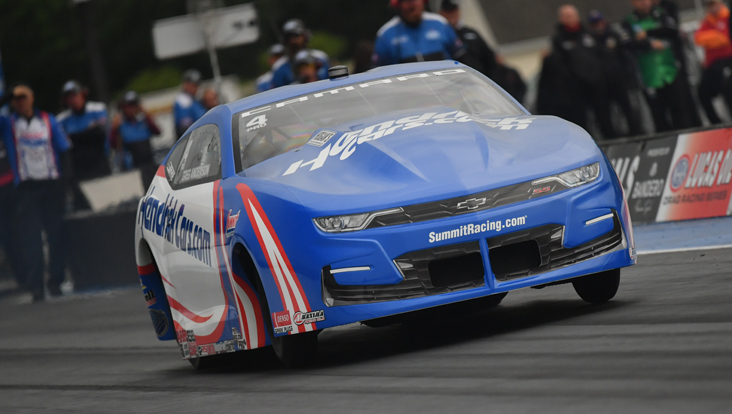 Right now, the Camping World NHRA championship is basically his to lose. He’s got arguably the best car in the class and a decent lead in the standings. He’s also got two wins at this track although the last one came in 2017. He had a great shot to win the final last week and we don’t see him missing out on that opportunity twice in a row.
Odds: 3-1

Does anyone want to guess who has won the last two Pro Stock races in St. Louis? That’s right, it’s the four-time and the reigning champion who also has two other wins here so she’s got a nice and productive relationship with the facility. Last week was a bit of a missed opportunity but there is still plenty of time to make a run at another title.
Odds: 4-1

Last week, we predicted he’d win his first race this season and he delivered with an all-star performance. So now what? How about we double down and predict a second win before the end of the season. Pretty sure there’s no one out there who doesn’t agree that’s possible, even with the tough competition in Pro Stock.
Odds: 6-1

So, in Charlotte, he cuts a .000 light (his second of the season) and then shakes the tires and gets beat. Oh well, on to the next one which thankfully is just a week away. The bottom line is that he’s good enough to win any race he enters and that also applies to the RAD Torque Systems Camaro. This is a top-notch combo.
Odds: 7-1

Hard to say what exactly happened last week with the red-light deal in Charlotte but it was an unfortunate turn of events and it’s left the Janac Bros team scrambling to make up points. He’s got all the talent in the world and he doesn’t rattle easily so we’re expecting a quick rebound here. He’s also on the verge of wrapping up a second Factory Stock title.
Odds: 8-1

Dallas Glenn has won this year and so has Kyle Koretsky so which young gun will be the next to hold a Wally? Most likely, it will be the JEGS driver who has already shown that he can get the job done in multiple classes. The JEGS team has had a lot of success in St. Louis and there’s no reason to think that trend won’t continue here.
Odds: 9-1

The Harlow Sammons team has been a tad inconsistent lately but the kid did strap a nice holeshot on his old man last week at zMax Dragway. He also banked four hundredths off the starting line in the quarterfinals against Erica Enders but shook the tires. His day will come, and it will most likely be sooner rather than later.
Odds: 11-1

Facing a deficit of almost 200 points, it would take a minor miracle to make a run at the championship but at this point, it’s better to think about winning races and the Total Seal team is certainly capable of doing that. They’ve had a trying year on a number of levels so all things considered, being No. 7 in this field isn’t a bad spot to be in.
Odds: 13-1