Top 10 Sportsman moments from the 2021 season

Top 10 Sportsman Moments of 2021 The 2021 season produced so many highlights among Lucas Oil Drag Racing Series competitors that it was nearly impossible to come up with just 10 highlights, but we’ve managed to do just that. Here is our list of 10 truly unforgettable sportsman moments from last season.
24 Nov 2021
Kevin McKenna, NHRA National Dragster Senior Editor
Feature

Top 10 Sportsman Moments of 2021 The 2021 season produced so many highlights among Lucas Oil Drag Racing Series competitors that it was nearly impossible to come up with just 10 highlights, but we’ve managed to do just that. Here is our list of 10 truly unforgettable sportsman moments from last season. 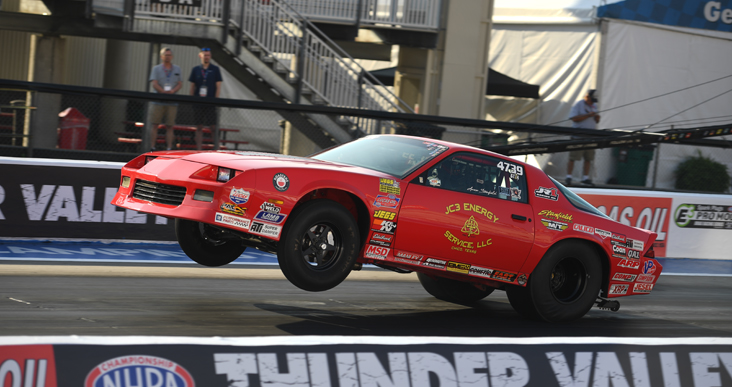 Many people expected Aaron Stanfield to successfully defend his title in the Constant Aviation Factory Stock Showdown and the third-generation prodigy did just that with a season that included three wins in his Janac Bros. COPO Camaro. What no one could have foreseen was the amazing performance turned in by Stanfied’s father, Greg, who won his fifth world title in Super Stock, and his first since 1994. Greg put together an amazing season of his own with four wins in five finals to comfortably win the title. For all the successful father-son teams that NHRA has produced, no duo had ever won championships in the same season. 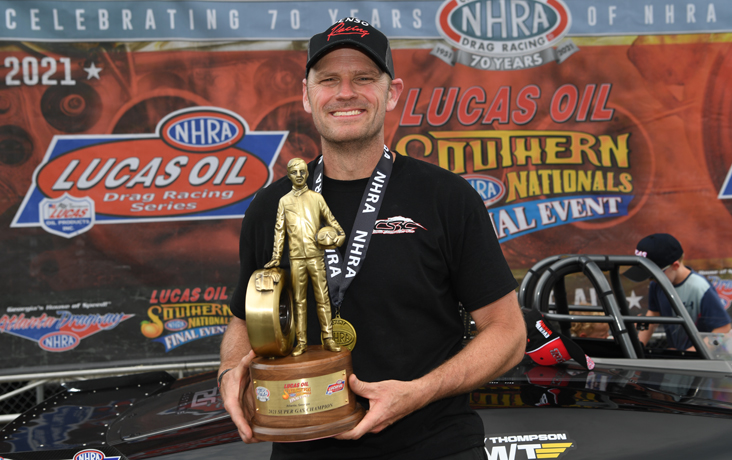 For NHRA Sportsman racers, a 700 point season is the gold standard since it all but guarantees a world championship. In fact, the 700-point mark has been achieved 23 times since the current points scoring system was put in place in 1995 and none of those drivers have failed to win a title. Add Luke Bogacki to that list after he racked up an amazing 734 point score on his way to the Super Gas title. Bogacki’s total represents the fifth highest score behind Peter Biondo who has the top three at 792, 765, and 743, and Al Corda’s 738 score from 1997.

THE TRIUMPHANT RETURN OF EDMOND RICHARDSON 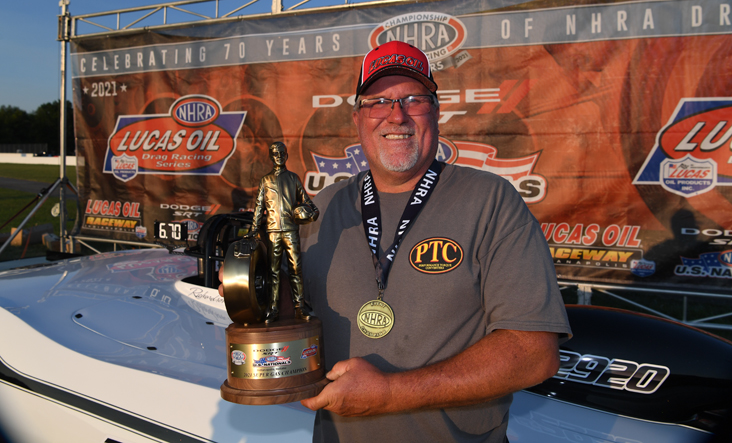 For most of the 1980s and 1990s Edmond Richardson was a frequent visitor to the winner’s circle at NHRA events with a record that included five world titles and 48 national event victories. Richardson has raced sporadically over the last decade, but he made a triumphant return on NHRA’s biggest stage when he grabbed the Super Gas title at the Dodge/SRT NHRA U.S. Nationals at Indy, his first victory since the 2014 JEGS SPORTSnationals in Columbus. Richardson had never previously won in Super Gas, but now he’s got wins in five classes. With the 50 win milestone on the horizon, expect to see a lot more of Richardson in 2022.

A WINNER TAKE ALL BATTLE FOR THE TOP ALCOHOL DRAGSTER TITLE

A close battle for a championship is one thing, but when an entire year comes down to a single run, that’s something special and that’s exactly what happened in the race for the Lucas Oil World title in Top Alcohol Dragster. After a fierce battle all season long, Rachel Meyer and Jackie Fricke found themselves racing in the final round of the Dodge//SRT NHRA Nationals in Las Vegas for all the marbles. After an even start, Meyer pulled away and set low E.T. of the weekend with a 5.19 to easily cover Fricke’s 5.26. It was the third-straight title for the Meyer team with Rachel joining her sister, two-time winner Megan. 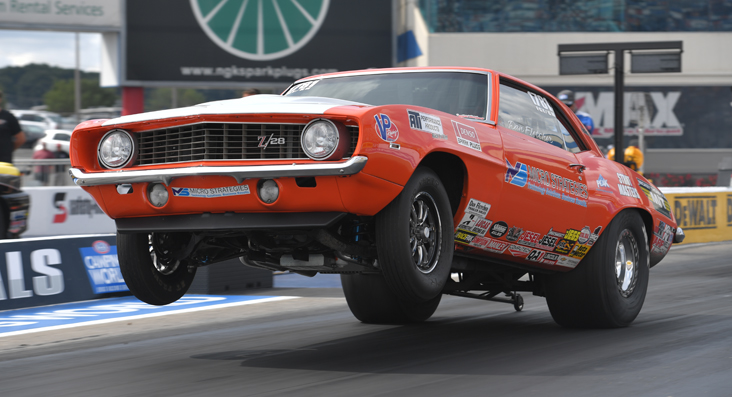 In 2017, Dan Fletcher became just the third NHRA racer to earn 100 victories joining John Force and Frank Manzo in a very exclusive club. A short time later, David Rampy also earned win No. 100 before retiring. For Fletcher, the next milestone was catching Manzo and his 105 Top Alcohol Funny Car titles. It took a bit longer than he anticipated, but Fletcher finally caught the 17-time world champ when he won the Super Stock title at the DeWalt NHRA Carolina Nationals in Charlotte. It was Fletcher’s first win since 2018 and leaves him just one win short of second place on NHRA’s all-time wins list. 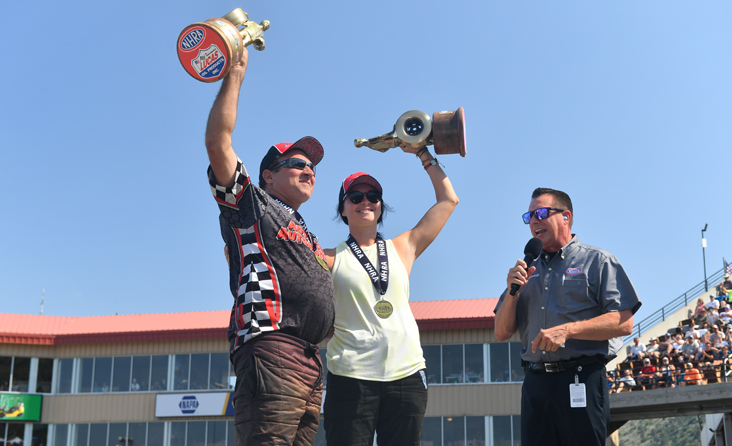 Joe Mozeris and his daughter, Kayla had a weekend that every family dreams of when they shared the winner’s circle at the Dodge NHRA Mile-High Nationals in Denver. Joe drove his dragster to the Comp title and then watched a few minutes later as Kayla wheeled her Dodge Daytona to the victory in Super Stock. The only other father to share a winner's circle with his daughter is John Force, who has done it with both Ashley and Brittany, most recently at this year’s Topeka event with wins in Top Fuel and Funny Car. 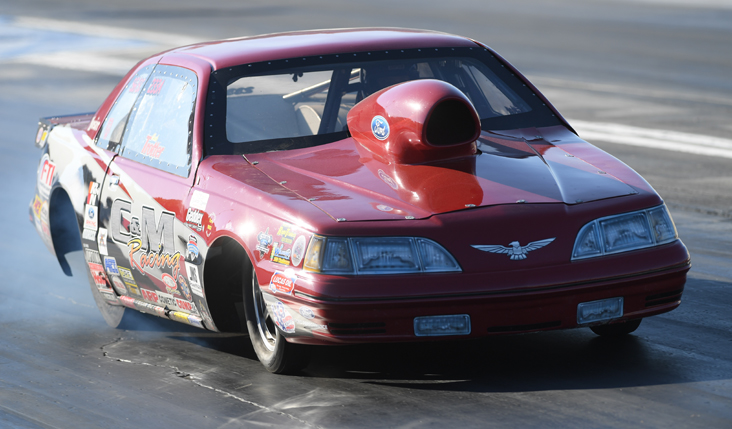 Last season, James Kunkel accomplished a rare feat when finished in the Top 10 in Super Comp with a full-bodied door car, but he did so without the benefit of a national event win. This season, Chuck Trotter also made a bit of doorcar history when he drove his Ford Thunderbird to the Super Comp title at the last-ever Lucas Oil NHRA Southern Nationals at Atlanta Dragway. Trotter was nearly perfect with an 8.907 in the final to beat Kent Hanley. For the record, it was the first door car to win a national event in Super Comp since Kevin Kleineweber won the 2011 Chicago event. 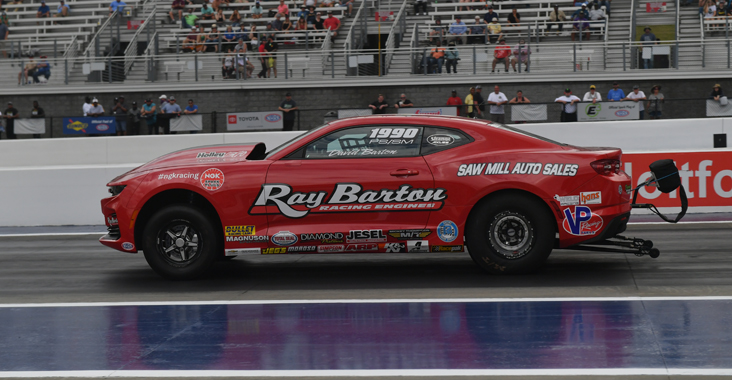 David Barton went to the Four-Wide Nationals in Charlotte with the sole intention of testing his COPO Camaro for the following week’s Constant Aviation Factory Stock Showdown event in Houston. He would up leaving Charlotte with a Wally trophy after winning the Comp title. Barton had never previously raced in the Comp class until he arrived in Charlotte but that didn’t stop him as he won the final after Joel Warren fouled. Barton lost a tenth in index to CIC violations but still managed to win five elimination rounds. For good measure, he also won the Factory Stock title the following week in Houston. 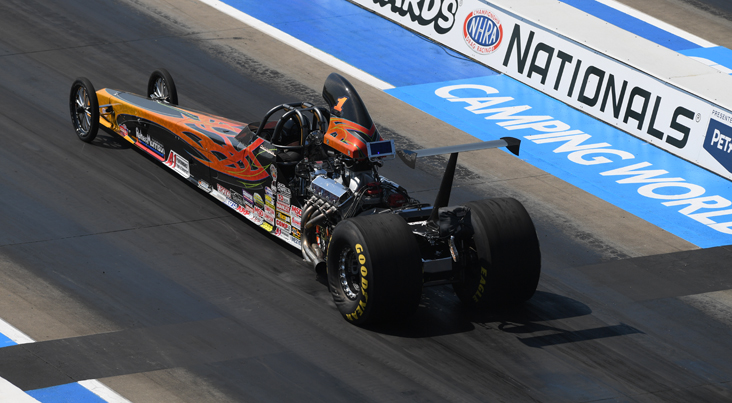 Almost everything needs to go right in order to win one championship, so it stands to reason that winning back-to-back titles requires a level of perfection that few can achieve. One racer who clearly can is Christopher Dodd, who won his second-straight Lucas Oil Series Super Comp championship in 2021. Dodd won two races and was runner-up at a third as he took the lead late in the season and held off talented challengers including former champ Ray Miller III and Gary Stinnett as well as Division 3 aces Nick and Devin Isenhower and Bob Prose. The only other drivers to win back-to-back Super Comp titles are Stinnett, Scotty Richardson, and Shawn Langdon. 23 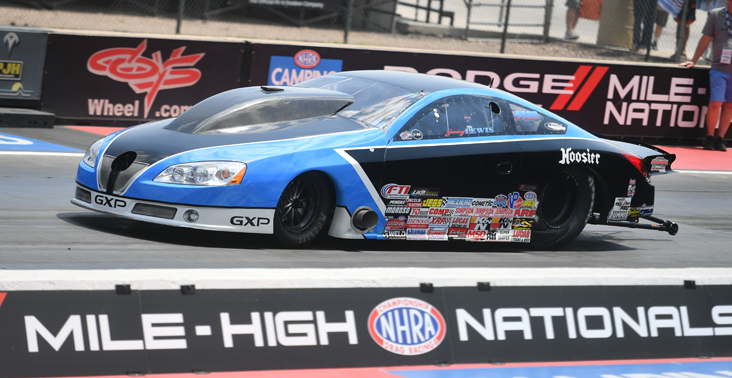 Greg Stanfield and Edmond Richardson weren’t the only sportsman stars from the 1990s who made a big comeback in 2021. This was also the year that Jimmy Lewis collected his second title. After winning the Super Gas championship in 1998, Lewis returned in something a bit quicker, a 6.3-second Pontiac, and earned the top spot in Top Sportsman presented by Vortech Superchargers. Lewis hovered near the Top 10 for much of the season and then went in for the kill late in the year with wins in Dallas and Tucson, and a runner-up at the Div. 7 event in Las Vegas. Lewis managed to hold off second place Paul Mitsos by just 23 points.