"I'm very excited and just totally looking forward to it," said Jurado. "Sonoma is my hometrack. I grew up and live an hour from Sonoma and spent my whole life there. I've been thinking about this moment my whole life, so it's hard not to get emotional." 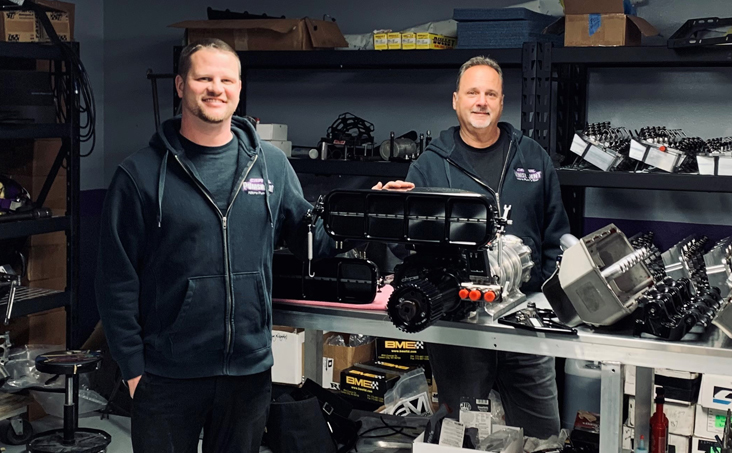 Jurado, who competed in West Coast fast doorslammers before moving to Nostalgia Funny Car, has teamed with rising nitro tuner Jason Bunker to build a Mustang Funny Car. The chassis is a new Murf McKinney product that will wear a Mustang body emblazoned in Jurado's trademark purple and black Capitol Punishment paint scheme. The car is named after Jurado's business, Capitol Glass Co., a glazing contractor based in Hayward, Calif.

Jurado earned his license in passes at both Auto Club Famoso Raceway and The Strip at Las Vegas Motor Speedway, laying down a total of 10 passes. Although he wasn't under full power to the finish line on any of the runs, Bunker says the car was on a low 4.0-second pace.

The team purchased hard parts from John Force Racing and received tune-up direction and guidance from JFR. They purchased their primary Mustang body from Tim Wilkerson then bought two spares from the Force team.

Jurado, whose best pass in about 50 runs in the nostalgia Funny Car was 5.71, has easily exceeded that. 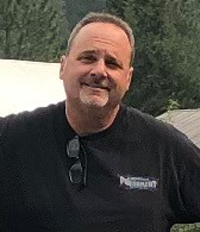 "It's just a world of difference between these 'big show' cars and my nostalgia car," he said, still a bit awed. "When the clutch is pulling right through the middle of the track, it pulls so hard. It really surprised me how fast it was."

"Everything in your equipment has to be perfect. We went through that with the chin strap and had it pulled down tight, but until that car takes off and starts pulling, next thing you know, you're looking at the sky. I mean, it's great, absolutely crazy. But we're all adjusted up and ready to go."

"He's adjusted to driving it pretty well, and in testing, things went pretty good from an overall perspective,” said Bunker, who has served as assistant crew chief on the Dustin Davis-run entries of Richard Townsend and Justin Ashley and will be making his debut as well as a crew chief. "Obviously, John [Force] and Robert [Hight] and the entire JFR group have been awesome to us since the beginning. Chris Cunningham has been a big, big help to me personally since we started this deal, and I am incredibly grateful for the relationship we have and for the time he has spent with me making sure we're on the right path. It’s been solid since Day One, and that’s a big credit to Chris, JFR, and our entire group of guys on this team."

Jurado is eagerly looking forward to his first professional passes and lining up alongside some of the heroes of the class he's watched for so many years.

"Even driving back and forth to work, I start thinking about being out there," he said. "I don't know what it's gonna feel like once I'm there, but as far as the whole giant picture of racing in the NHRA Big Show, it's just, it's just beyond words. I cannot wait. I have lots of friends and family and people coming out to watch and support us."

In addition to the Camping World events, Jurado and Bunker will also run the nostalgia car a few times this season, including at the California Hot Rod Reunion in October.