The energy in Norwalk has been palpable all weekend, with fans eager to welcome back the standouts in the NHRA Camping World Drag Racing Series in style after a year away at this weekend’s Summit Racing Equipment NHRA Nationals. It’s made for a memorable weekend and it all culminates in what’s sure to be a terrific day of eliminations on Sunday at Summit Racing Equipment Motorsports Park.

With temperatures approaching — and possibly eclipsing — 90 degrees on Sunday, it will be survival of the fittest in Top Fuel, Funny Car, Pro Stock and Pro Stock Motorcycle. Several competitors noted the added importance the rising temperature puts on the driver, both on the starting line and navigating a hot track surface.

It makes for high drama and massive excitement and to top it all off, the race gets the royal treatment with eliminations airing live on the FOX television network starting at 2 p.m. ET. 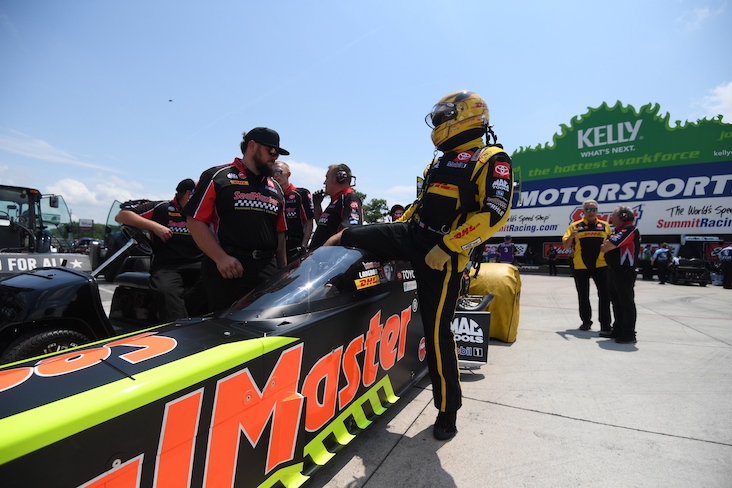 Steve Torrence hardly got a gift qualifying No. 1 as he’ll take on Shawn Langdon to open eliminations. That’s the type of matchup usually reserved for late rounds on a Sunday, but Langdon has had all sorts of trouble making a clean run. The same can be said for his teammate, Doug Kalitta, who qualified a disappointing 11th.

Based on what we saw in qualifying, someone will need to be nearly flawless to keep Torrence from his third Norwalk win in four years. He was the quickest in every qualifying session, taking a wave of confidence into Sunday. Brittany Force also impressed with a series of strong runs in Norwalk, while Austin Prock is working on a Hollywood version of the weekend. He filled in for Clay Millican on Saturday in impressive fashion and can make all sorts of waves in eliminations after qualifying fourth. 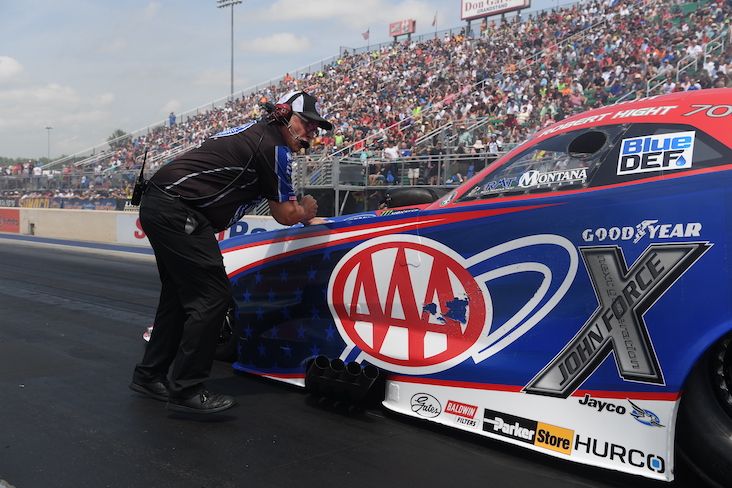 This has all the makings of a heavyweight fight on Sunday. There are all sorts of standouts packed closely together after making one solid run after another in qualifying. Each viable contender got down the track in impressive fashion in at least two of the three runs, with Robert Hight and Matt Hagan, the second and third qualifiers, both going 3.91 in the heat of the day to close out Saturday.

Ron Capps is trying to win from the No. 1 spot, something that’s only happened once in the class this year when John Force did it in Charlotte. Capps has been mostly spectacular in qualifying this year, but things haven’t gone his way on raceday, a matter that was summed up with his first-round loss in Epping against Terry Haddock.

His first-round opponent on Sunday? You guessed it — Terry Haddock. 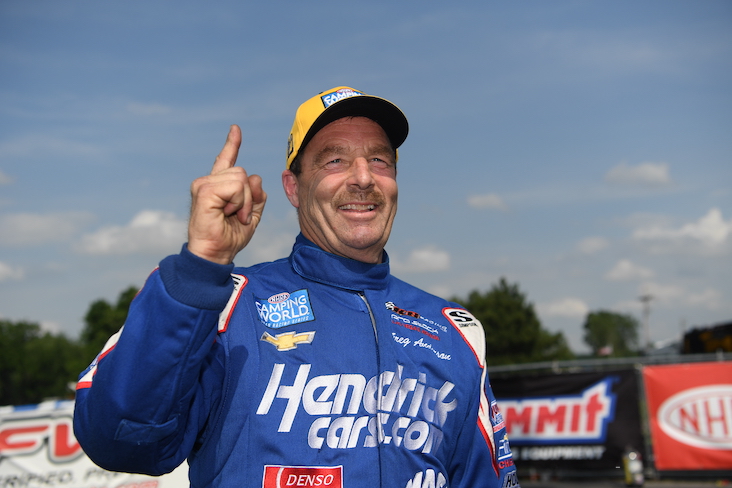 If Greg Anderson could select a location where he could tie Warren Johnson for the most wins in Pro Stock history, Summit Racing Equipment Motorsports Park would certainly be on his shortlist. It’s a track that has meant a lot to him over the years and he’s also won in Norwalk three times.

A fourth would be monumental and historic and Anderson lowered the boom on Saturday, qualifying No. 1 and making two stellar runs. Aaron Stanfield prevented the celebration in Epping and he appears locked in this weekend as well. After not even leaving the starting line in his first two tries, Mason McGaha finally did enough to qualify 13th, and that sets up a juicy first-round matchup with Matt Hartford.

Deric Kramer versus Kyle Koretsky is another must-see matchup in the opening round, setting the table for an enjoyable day in Pro Stock. 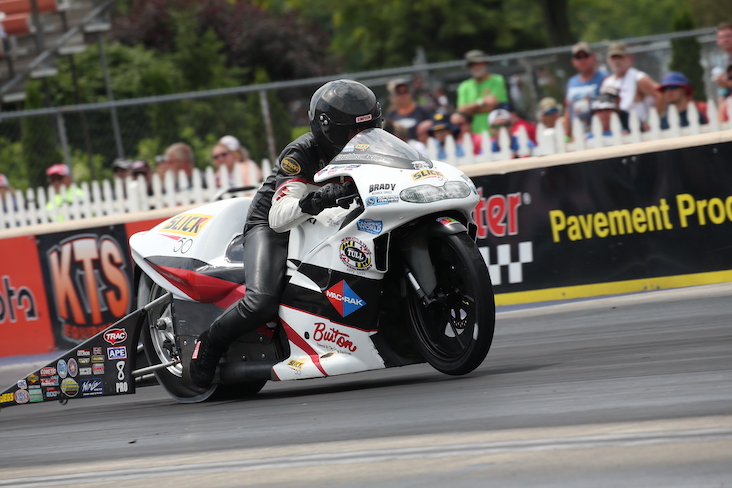 Norwalk has belonged to Andrew Hines in Pro Stock Motorcycle, with the winningest rider in class history racking up five wins at the facility over the years.

But Steve Johnson has now set track records at the past two races, which has to make him the favorite going into eliminations. He’s now the only rider in class history to make a run in the 6.70s at Summit Racing Equipment Motorsports Park and Johnson was on point during both runs on Saturday. If he’s able to keep producing these runs in the heat, Johnson will be a threat on Sunday and beyond. He’s proven the Charlotte win was the furthest thing from a fluke and now it’s up to the rest of the class to try and track him down.

Hines is a good bet and has been able to grind out Norwalk wins in the past, and that might just be what it takes to win when things get scorching on Sunday.

You can catch the action on Sunday on FOX and NHRA.tv.