After a thrilling round of qualifying on Friday, the NHRA Camping World Drag Racing Series will get two more shots at Summit Racing Equipment Motorsports Park on Saturday to close out qualifying.
26 Jun 2021
Josh Hachat
Race coverage

With the inclement weather hopefully out of the picture, the atmosphere should be downright electric in Norwalk as teams in Top Fuel, Funny Car, Pro Stock and Pro Stock Motorcycle will look to put on a show on Saturday to get ready for Sunday’s eliminations.

Conditions will change considerably on Saturday — and the rest of the weekend, as warmer temperatures will be the theme of the final day of qualifying and eliminations. Adjusting to that will be paramount and all the teams will get the chance to start solving that riddle during Saturday’s two sessions. 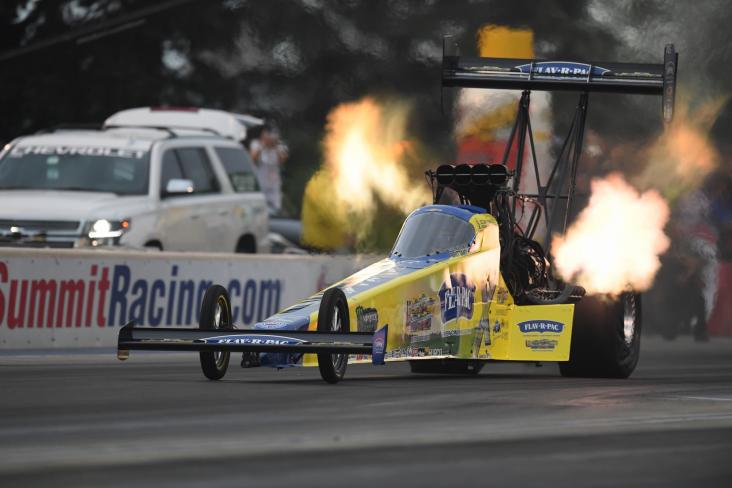 Brittany Force threw down in the good conditions on Friday and she’ll look to grab some consistency on Top Fuel today. Her run of 3.722-seconds at 323.74 mph got eclipsed by Steve Torrence, who went a stout 3.705 at 324.83, but she’ll look to have the last laugh this weekend and grab her first victory of the year. Should she put together a pair of good passes on Saturday, it might be the perfect time to challenge for a victory and end the Torrence family’s recent run of terror.

A host of drivers made solid runs on Saturday and with a full field, positioning may be key. Can the likes of Justin Ashley, Leah Pruett, Josh Hart and Doug Foley make a move, and can the Kalitta Motorsports tandem of Shawn Langdon and Doug Kalitta make full runs after struggling on Friday?

The top of Funny Car had a decidedly JFR vs. DSR feel after Friday as the two cars from each team filled out the first four spots, with DSR taking No. 1 and No. 3 thanks to strong efforts from Ron Capps (3.888) and Matt Hagan (3.899). Robert Hight and John Force filled out the other two spots as they continued to impress as of late. 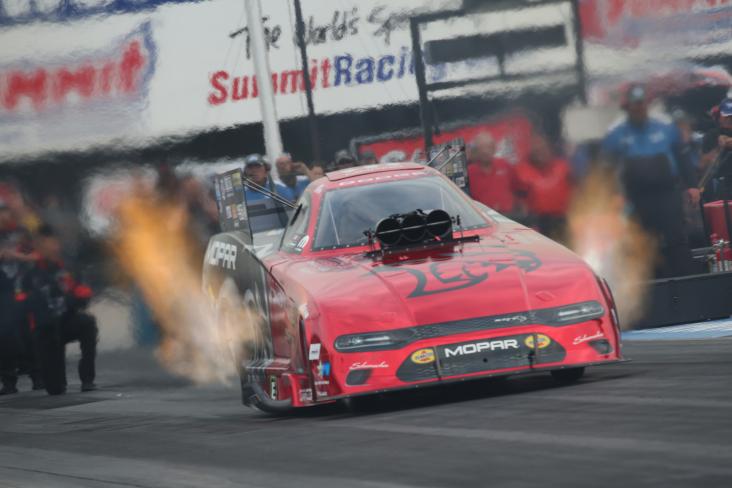 Those matchups going down to the wire would be a thrill for the Norwalk fans, as JFR aims for its fourth straight win and DSR is after its first of the year. There’s plenty of other bona-fide contenders, too, including points leader Bob Tasca III, who went 3.934 and Alexis DeJoria, who remained consistent with a 3.936. Also noteworthy was Mike McIntire’s 3.984, putting him eighth at his hometown track.

Is the tide starting to turn in Pro Stock? Elite Motorsports claimed the first two spots after Friday’s qualifying, as Epping winner Aaron Stanfield (6.615) and Erica Enders (6.620) led the charge. Of course, KB Racing currently has five of the next six spots, so we probably shouldn’t get ahead of ourselves, but Greg Anderson’s 6.626 did seem a touch off from where he had been performing in qualifying. 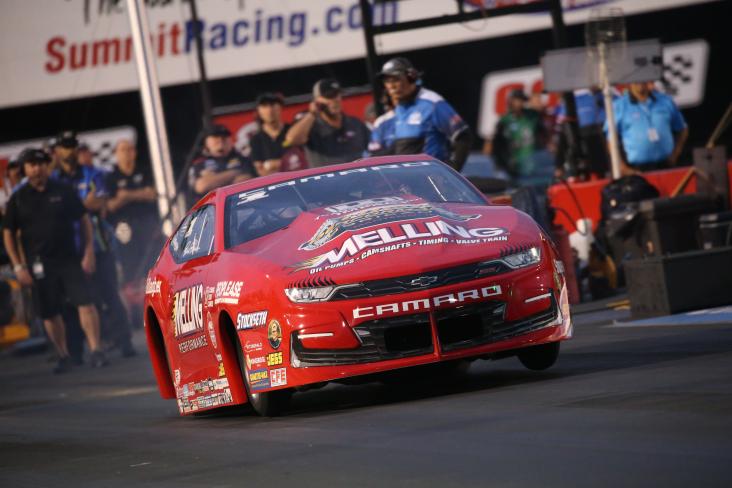 A few minor adjustments may change everything on Saturday, but from running under the lights to close out professional qualifying on Friday to running during the day may pose quite the challenge in the talent-filled class. Stanfield seems to have hit another gear, too, and he’ll be excited — or at least as excited as the mild-mannered standout gets — to try and qualify No. 1 for the first time in his burgeoning Pro Stock career.

Winning in any type of condition hasn’t been a problem for Andrew Hines in Norwalk, and he’ll get the chance to prove that again on Saturday in Pro Stock Motorcycle. The team put in a considerable amount of work in the six-week gap between races in the class, and it already seemed to be readily apparent as Hines went 6.855 at 200.68. 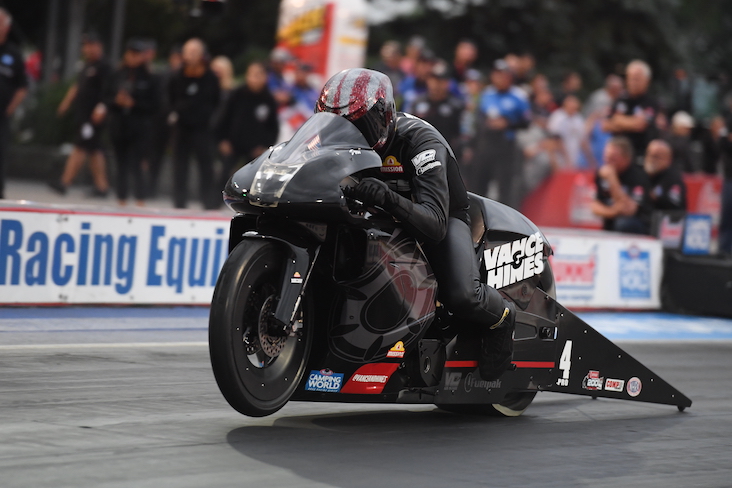 Of course, everything Hines touches turns to gold in Norwalk, as proof by his five wins at the facility. Whether a sixth is coming might be determined by how well he runs in the different conditions on Saturday. Outside of the usual suspects like Matt Smith and Eddie Krawiec, Joey Gladstone continued to prove he’s for real by going 6.863 to sit third. John Hall’s 6.908 also turned a few heads, while Charlotte hero Steve Johnson slumped to a 6.977 on Friday. That has him 11th, something he’ll look to change on Saturday.