Steve Torrence on four-wides, fatherhood, and why he no longer feels so tough

There’s a lot for Steve Torrence to be happy about. His Capco Contractors dragster is sitting in No. 1 in Top Fuel, it’s his birthday (38), and he’s still basking in the glow of new fatherhood after becoming a dad April 7.
17 Apr 2021
Phil Burgess, NHRA National Dragster Editor
Feature

There’s a lot for Steve Torrence to be happy about heading into Saturday’s final qualifying sessions at the Denso Spark Plugs NHRA Four-Wide Nationals. His Capco Contractors dragster is sitting in a familiar position atop the Top Fuel field, it’s his birthday (38), and he’s still basking in the glow of new fatherhood after becoming a dad April 7.

The three-time world champ and wife Natalie welcomed 7-pound, 4-ounce Haven Charli Torrence to their lives and although mother and daughter didn’t make the trip to Las Vegas, they’re not far from his mind or heart. 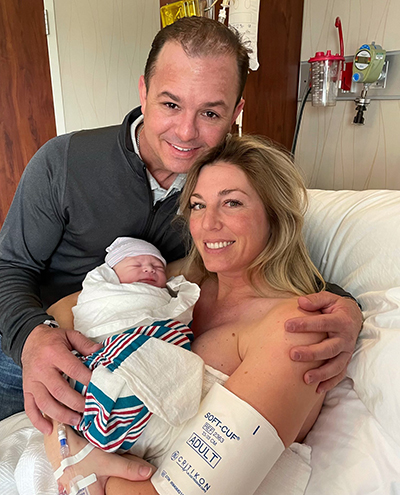 “We had her on Wednesday and took her to church on Sunday, but it was too soon to bring her to the track,” he said. “We’re hoping to bring her to Atlanta. I gotta tell you, [the delivery] went great, but it was traumatizing for me. I used to think I was tough, but any woman is tougher than any of us guys.”

It’s too bad that Haven can’t be in Las Vegas because there’s a pretty good chance her dad is going to walk away with another victory after having won four of the last five four-wide events in Las Vegas and Charlotte. His success started when he won the 2017 Charlotte event, then won both races in 2018, and, after missing in Las Vegas in 2019, won Charlotte a month later. Due to the pandemic, neither four-wide race was contested last year.

“I used to hate four-wides, but as I got more experience as a diver, you just learn to focus on your job as a driver,” he said. “It can be confusing looking at all the bulbs on the Tree; it’s easiest if you’re on the outside (Lanes 1 or 4) because the Tree and the staging look pretty similar to a two-wide race. If you’re in Lane 2 or 3, it can get confusing. When you’re in Lane 2, which is a ‘right’ lane, the stage is on the left side. and Lane 3 is just the opposite. Lane 1 and 4 are normal.

“A few years ago, I was in Charlotte in Lane 3 looking at the wrong bulb, sitting in pre-stage thinking I was already staged. Brittany [Force] was in Lane 2, thinking she hasn’t, so she rolled the beams and I got a red-light. The whole time I was thinking someone else needed to stage and it was me!”

With Steve’s birthday on the 17th, “Momma Kay” on the 18th, father Billy on the 28th, and little Haven on the 7th, Aprils will be a month of celebrations for the family going forward.