After winning a world championship and being part of a dominant season with Don Schumacher Racing, Funny Car star Matt Hagan isn't the type to relax.
28 Jan 2021
Josh Hachat
Feature

Instead, the three-time world champ is eager to try and keep that momentum going in 2021 when the NHRA Camping World Drag Racing Series season begins March 11-14 with the Amalie Motor Oil NHRA Gatornationals in Gainesville.

"I'm very driven and goal-oriented and so is this entire team, and we want to see DSR, Mopar, Pennzoil, all of them stay on top," Hagan said. "There will be a lot of teams to watch out for, but I don't see us missing a lick when we come out there. We're ready to get back out there, and there's no reason we can't be just as competitive." 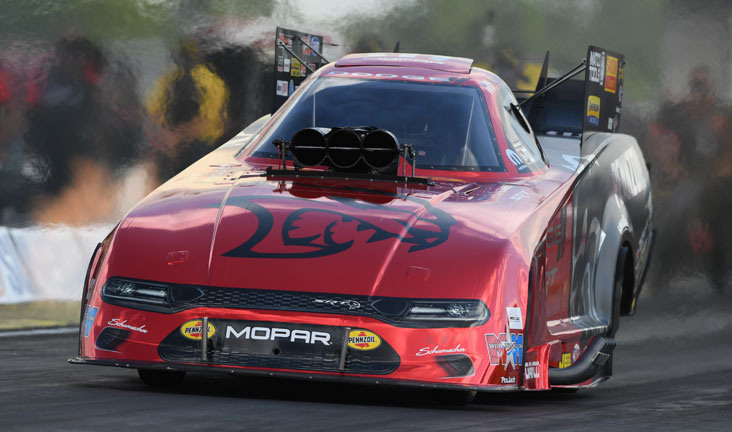 It truly was a year to remember for Hagan, who drove his Mopar/Pennzoil/Sandvik Dodge Charger SRT Hellcat to three victories and five final-round appearances en route to the championship. He was also an integral part of DSR sweeping the entire 11-race season in Funny Car, a streak that now stands at 14 straight victories for the organization heading into 2021.

Hagan doesn't take that streak lightly, even as DSR will only field two cars in the class this season. It will be up to Hagan and former champ Ron Capps to keep the organization's run of dominance going, but Hagan doesn't mind the added pressure, especially with star crew chief Dickie Venables in his corner.

"It doesn't change anything in my dynamic," said Hagan, who has 36 career victories. "I love teaming with Capps. When I first got started in Funny Car, he took me under his wing and showed me the ropes. 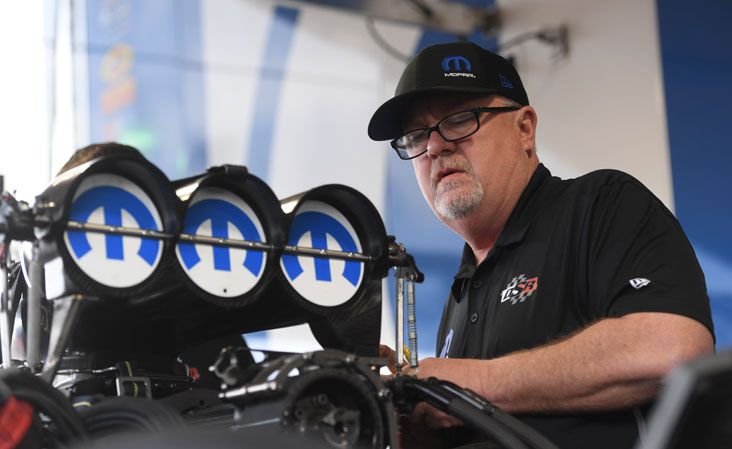 "As far as our team, Dickie is incredible, and I don't think we'll miss a lick."

It's that camaraderie and chemistry that has driven Hagan to elite territory. With another championship, he would move into a tie for second place in Funny Car history, joining legends Kenny Bernstein and Don Prudhomme with four titles.

There's a lot that would have to go right in 2021 for Hagan to reach that level, but his team continues to operate at a high level. Despite nearly five months of downtime with no racing last year due to the COVID-19 pandemic, Hagan and his team returned in outstanding fashion, winning the first two races in Indy when the NHRA returned in July. 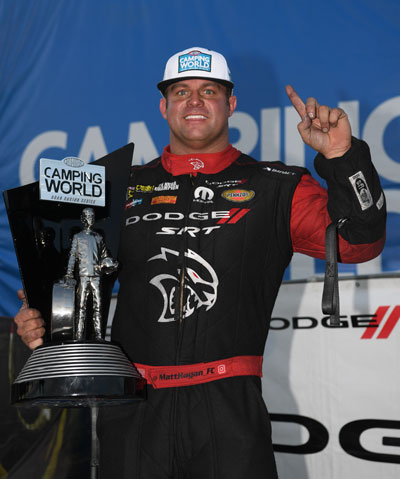 It was yet another mark of a hard-working team and leaves Hagan confident about what they can continue to accomplish this year.

"NHRA was still able to make it happen last year with fans in stands, and that was super positive," Hagan said. "We all had to adapt, but we were all excited to get back out there. We were prepared because our core group of people made sure we were prepared, and it's your core people who keep you moving forward.

"When I crawl in that car, I'm confident everything is done right. They're always working hard, ensuring things are ready and I can just focus on driving the car. That's why we've had so much success together, and I'm just blessed to be around those types of people."