The E3 NHRA Pro Mod series has always had an International appeal with racers from all over the globe including current drivers Khalid alBalooshi (Dubai), Sidnei Frigo (Brazil), newly crowned champion Jose Gonzalez (Dominican Republic), Eric Latino and Justin Bond (Canada), to go along with a host of U.S. based drivers. Now, the series has welcomed its first Russian competitor with the arrival of Dmitry Samorukov, who made his debut on Friday with his supercharged Camaro. 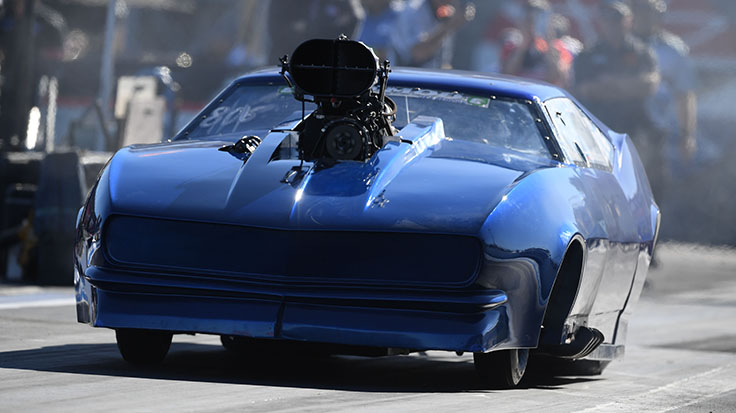 Samorukov lives near Moscow and previously raced in a variety of disciplines including endurance racing before he got a chance to try his hand at drag racing several years ago.

“The first time I tried it, I loved it,” said Samorukov, who has a very solid command of English. “I’ve driven a lot of fast cars, but there is nothing that I’ve tried before that compares to a Pro Mod car. It’s such a thrill.”

At home, Samorukov not only races, but also helps promote the growing Russian Drag Racing Championship, which hosts events at a permanent facility outside of Moscow, as well as courses near Grozny, and neighboring Belarus. Driving a Dodge Viper, Samorukov is a five-time Russian champion and the current record holder.

Samorukov also competes in the FIA European Drag Racing Championship, which traditionally has rounds in England, Germany, Sweden, and Finland. He’s helped at all events by Swedish Pro Mod racer Adam Flamholc, who is his crew chief. Flamholc, who now resides in Florida, often travels with Samorukov to Russia and Europe.

A visit to the Gatornaitonals as a spectator in 2018 only helped to fuel Samorukov’s desire to one day race in the E3 Pro Mod series. That dream was delayed by Covid but became a reality this weekend.

A month ago, Flamholc began preparing the team’s supercharged Camaro with the help of chassis builder Chris Duncan. Flamholc and his crew left Florida two weeks ago and went to Tulsa where he was met by Samorukov and his friend, Tigran Seferian, the president of the Russian Drag Racing Championship. 18-hour journey from Moscow via Los Angeles, Samorukov spent two days testing.

On Friday, Samorukov made his first run, a 6.25. It was far from the quickest run of the session but in some ways, it was a shot heard round the world. 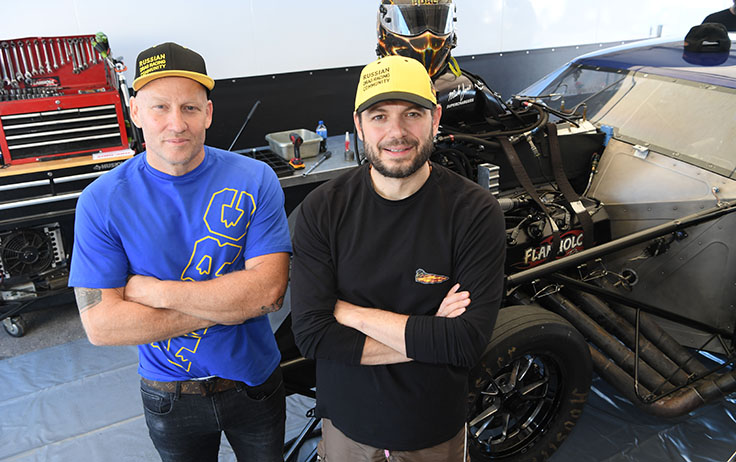 “This was big for drag racing in Russia,” Samorukov says. “There is a 12 hour time difference between Las Vegas and Moscow but we had many people up watching us on the live feed. It was important to show people what’s possible.”

Having been to Gainesville, Samorukov knew what to expect when he arrived in Las Vegas, or so he thought.

“For me, this is like being on an alien planet,” he said. “The atmosphere is electric. This is so big. Last night, I was watching all the [Super Comp] dragsters drive by and they just kept coming. We have five rounds of racing in Russia and there is 20-24 rounds here in NHRA. IT makes me realize that in order to do this, you’ve got to treat it like more than a hobby.”

To that end, Samorukov is already contemplating his next move. He’s planning to keep his car in the U.S. for now. After Las Vegas, it will return to Florida with Flamholc. The plan is to race the Gatornationals next year. After that, who knows?