One down, two to go for Swing sweep hopefuls Torrence, Hagan, and Smith

With their wins at the Dodge//SRT Mile-High NHRA Nationals presented by Pennzoil in Denver, Steve Torrence, Matt Hagan, and Matt Smith are each one-third of the way to a Western Swing sweep. Here's what they'll need to do to complete it.
22 Jul 2021
Phil Burgess, NHRA National Dragster Editor
Feature

What’s the hardest part of sweeping the Western Swing? Is it trying to win in Denver, where the high-altitude climate messes with everyone’s combination? Or is it Sonoma, where everyone is already a bit ground down and the parts beat up after a hot weekend with little oxygen on the mountain and there’s little time to recover? Or is it the final race, where’s there’s a little bit of pressure to join the history books and the elite group of racers who have pulled off the feat?

With their wins at the Dodge//SRT Mile-High NHRA Nationals presented by Pennzoil in Denver, Steve Torrence (Top Fuel), Matt Hagan (Funny Car), and Matt Smith (Pro Stock Motorcycle) have already solved one-third of the equation, but what lies ahead?

The forecast: Sonoma should bring a welcome relief as temperatures are forecast to be in the low 80s, allowing the horsepower makers to have at it instead of having to coddle their combos as they did in Denver. This is good news for Richard Hogan at Torrence’s, Dickie Venables in the Hagan camp, and for Smith himself as all three traditionally have had some of the most powerful cars in their classes.

The small wild card in the deck might be that teams have not made a run down the Sonoma track in almost two years after last year’s pandemic-created cancellation. 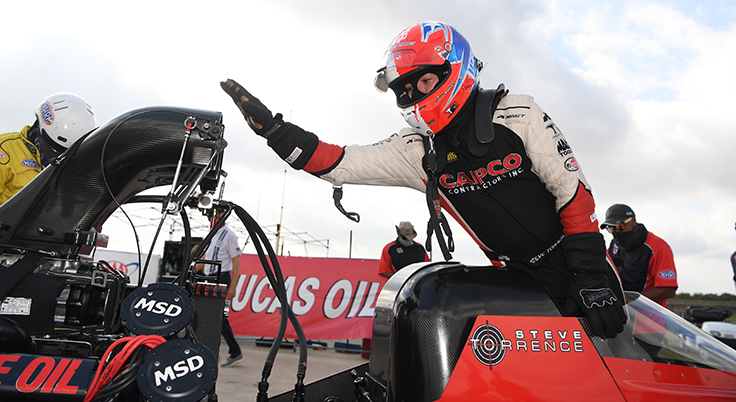 Torrence in Sonoma: As hard as it is to believe based on his tour-wide dominance, Torrence and “dem Capco boys” only have one win in Sonoma out of their stash of 45, that coming in a final-round conquest of Antron Brown in 2017 that, ironically, stopped A.B. from a Swing sweep after winning the week before in Denver and the week after in Seattle.

Even odder is that victory represents Torrence’s lone final-round appearance in Sonoma, just one out of the 74 times he’s reached the final in Top Fuel, but then again Torrence is on an incredible roll this year and seemingly invincible everywhere he goes.

Brown and Doug Kalitta are the only active Top Fuel drivers with more than one Sonoma win to their credit. Kalitta, mired in a deep slump this season, has won there five times but not since 2005. Brown has four wins, most recently in 2015. 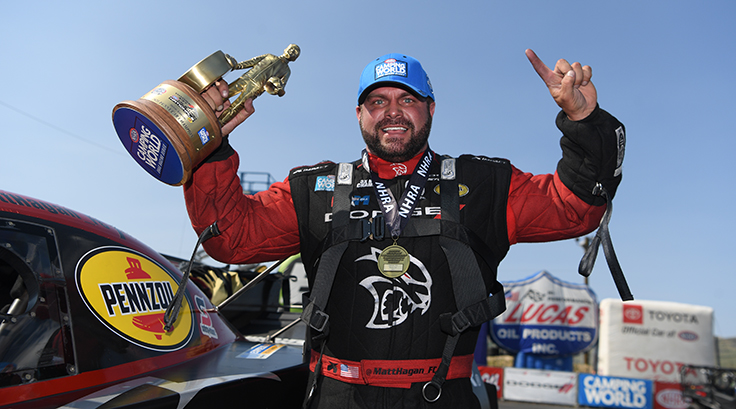 Hagan in Sonoma: If you thought it was weird that Torrence only has one Sonoma win, you’re going to fall off your tractor when I tell you that Hagan has never won in Sonoma. Yep, 37 wins and not a single Sonoma Wally to toast over a glass of wine.

Hagan hasn’t even been to a final in Sonoma since 2014, when he lost the final round to John Force, and his only other money-round rumble was in 2012 when he lost to Johnny Gray.

By way of comparison, John Force has eight Sonoma wins (granted, long-timer Force has had about 20 more chances to win the event than Hagan, whose Funny Car career didn’t start until 2008), and Ron Capps has four and Robert Hight three. Those three guys will probably be among Hagan’s biggest obstacles to Step 2 of the sweep.

Will the momentum gained by his win in Denver — his first win of 2021 after dominating 2020 — carry into Sonoma?

Smith in Sonoma: Matt Smith has 29 wins and, like Torrence, only one Sonoma victory, and that was waaaaaay back in 2007.

His biggest foils will obviously be Vance & Hines squadmates Andrew Hines and Eddie Krawiec, who each have collected three Sonoma wins. Hines also has three Bike Battle wins in Sonoma and Krawiec one, so they’re both formidable there, but Smith clearly has had the bike to beat all year. 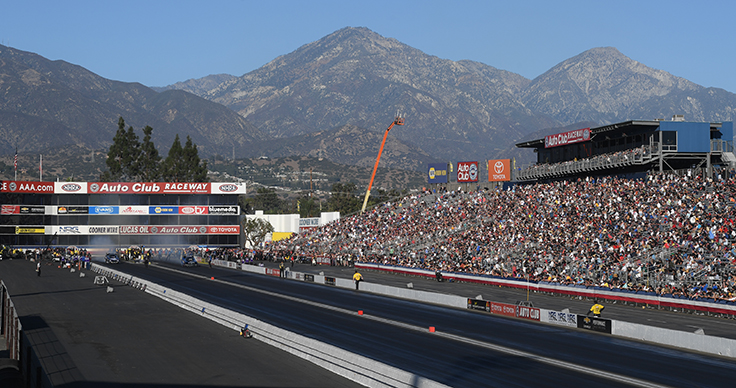 Should either of the trio overcome their recent Sonoma slumps, Pomona and the Summer/Winternationals is a whole ‘nother story.

Although all three have enjoyed some success in Pomona’s two annual events, those are conducted in the cool climes of February and November, not in the middle of summer, so it’s unclear how good any past data will be.

Temperatures in the region have been in the mid-90s with humidity the last week and probably will stay the same for the Winternationals, where teams will run in the evenings Friday and Saturday but compete for Wallys in a traditional daytime setting.

Consider also that teams have not run down the track at Auto Club Raceway at Pomona since February 2020 and it’s wild cards everywhere you look.