Dexter Tuttle has brought the Nitro Bandit Funny Car back to the track with veteran Jeff Arend at the wheel at the Texas NHRA FallNationals.
09 Oct 2021
Phil Burgess, NHRA National Dragster Editor
Feature

In the late 1980s and early 1990s, the Nitro Bandit Funny Car was a regular on the NHRA tour with former boat drag racer Brad Tuttle driving and now brother Dexter, best know in the last decade or more as the owner of some fast Top Fuelers, has brought the Nitro Bandit back to the track with veteran Jeff Arend at the wheel at the Texas NHRA FallNationals.

Tuttle built the car, originally slated to be a match-race entry for brother Brad, around a three-rail chassis topped with an ex-John Force Racing Mustang and hired in nitro tuning wizards Aaron Brooks and Tony Shortall to prepare the car. 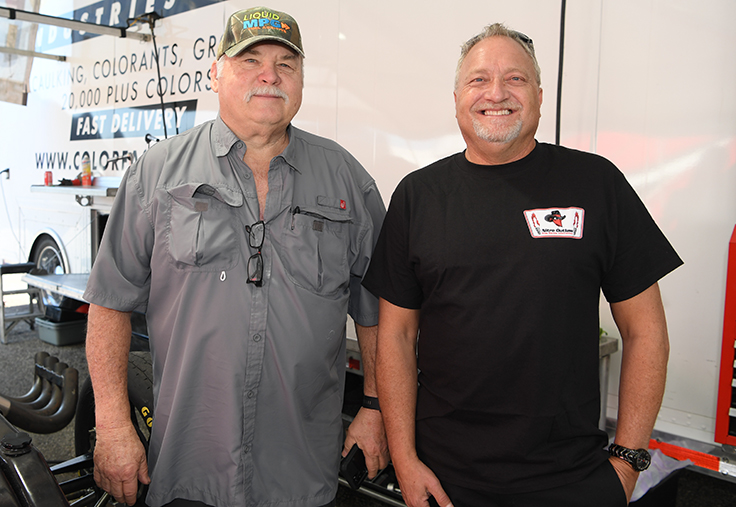 “It’s brand-new everything,” said Arend. “Aaron and Tony spent like a month one and off plumbing and wiring the whole thing and putting it all together. It’s probably one of the nicer cars out here if you look at all the plumbing and wiring; it’s not really lacking for too much.”

Arend, a four-time national event winner and perpetual steady hand for a number of teams, got the call to drive this weekend. It’s his first national event appearance since the 2019 Auto Club NHRA Finals, where he drove his semi-regular ride for Peter Russo, but’s twice tested for Alexis DeJoria, including as recently as this March,

Brad Tuttle will get behind the wheel of the car on Monday after the race and then drive the car at select events.

The team made two passes on Friday, with a best of 4.183 that has them qualified in the No. 13 spot.