Throughout its 70-year history, the National Hot Rod Association has maintained a close and productive relationship with many of the OEM automobile manufacturers, and that valued connection continues to this day. In recent years, auto manufacturers, including longtime NHRA partners Toyota, Dodge/Chrysler, General Motors, and Ford, have shifted their focus to prioritize the development, production, and marketing of electric and hybrid vehicles, fueling a rapid expansion of the EV (electric vehicle) market. 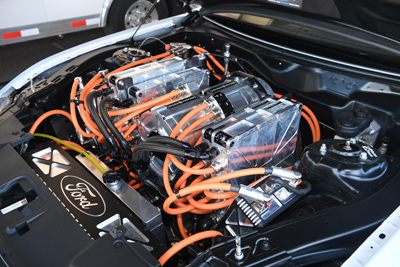 Similarly, NHRA has continued to work to provide a platform for the development of high-performance EV technology. Electric-powered cars and motorcycles have been classified in the official NHRA Rulebook for many years. Over the past few years, the performance of EVs has matched, and in some cases even surpassed the capability of gas-powered vehicles on the highway, and that trend is continuing on the nation’s dragstrips. Last year, Steve Huff topped the 200-mph barrier in an all-electric dragster at Arizona’s Tucson Dragway. Huff posted an elapsed time of 7.52 seconds at 201.07 mph, topping the previous mark of 189 mph set by three-time Top Fuel world champion “Big Daddy” Don Garlits in his all-electric Swamp Rat 38 dragster.

“From the vision that Wally Parks had when he founded NHRA in 1951 to our current ‘Speed for All’ campaign, NHRA has always strived to provide a welcoming environment not just for competitors from all walks of life, but also to accommodate a very wide variety of vehicles, and that includes electric cars and motorcycles,” said Ned Walliser, NHRA vice president-competition. “It’s certainly no secret that electric vehicles are becoming more and more popular with consumers, and the technology associated with them continues to move forward at a rapid pace. At NHRA, we are eager to keep pace with the latest developments in EV technology.”

Looking ahead to the next steps in the advancement of electric drag racing, NHRA has extended an open invitation to interested parties to participate in an open dialogue on the topic. This invitation includes, but is not limited to, OEM auto manufacturers, aftermarket parts suppliers, racecar builders, and companies that specialize in safety and fire suppression.

The first of numerous proposed meetings are scheduled to take place during the upcoming Amalie Motor Oil NHRA Gatornationals at Gainesville Raceway, March 12-14. 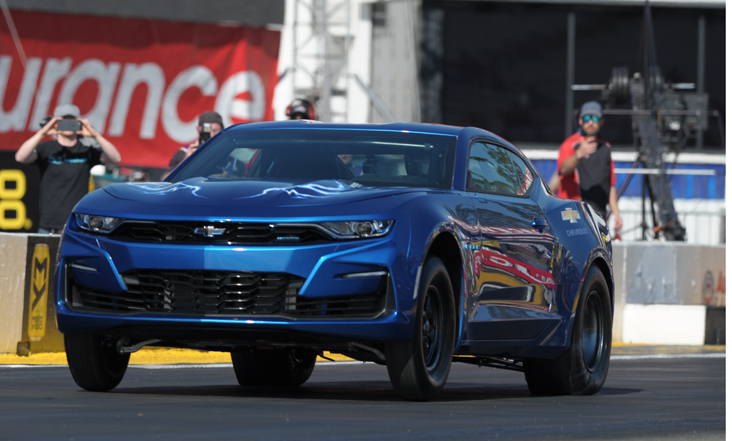 “When it comes to drag racing electric vehicles, we want NHRA to be the leader, not a follower,” Walliser continued. “That is why we want to meet with recognized leaders in the EV industry. We want to be able to ask some pertinent questions such as, ‘Do you have an interest in using the NHRA platform to develop and promote electric vehicles?’ If the answer is yes, then how do we get where we want to go? We are very interested in talking with and continuing a dialogue with anyone who has experience in this industry.”

One of many topics to be covered during an EV discussion would center around NHRA’s longstanding commitment to providing the safest environment possible for competitors, spectators, and event workers. With electric vehicles, fire suppression/prevention is a topic that often comes to the forefront.

“An accident involving an electric vehicle typically demands a different response than you might have with traditional gas, methanol, or even nitromethane-powered vehicles,” said NHRA Director of Engineering Tim White. “There are also some concerns regarding the treatment and disposal of a damaged or potentially damaged battery. We’ve already seen progress in these areas, but as always, improving safety is an ongoing and never-ending process.”

The proposed expansion of EV drag racing has the potential to expose the sport of NHRA Championship Drag Racing to an entirely new and oftentimes younger demographic. Worldwide, the use of electric cars increased by nearly 40% during 2020, and the market for EV technology continues to expand with the addition of trucks, busses, motorcycles, ATVs, and off-road vehicles and recreational vehicles.

“There are many potential benefits associated with expanding NHRA’s footprint in regard to EV technology,” Walliser said. “That being said, we certainly have no intentions of abandoning our current platform, which has proven to be extremely popular with racers and fans alike. Fans come to NHRA events to see everything from 300-mph Top Fuel dragsters and Funny Cars to classic American muscle cars, and I don’t see that changing anytime soon. We do need to always keep our eyes focused on the future, and electric vehicles will very much be a part of that.”

Interested parties who would like to participate in an upcoming discussion regarding EV technology as it relates to NHRA racing should contact Ned Walliser at [email protected].